A Letter from the Bastard to the French President .

His real name is William Wesley, he was born in Dublin Ireland and grew up in London. His parents moved to the Central Africa Republic to work there as missionaries while he was at age of 12 .

But behind the drape, his parents were not missionaries as they had been known, they were spies from an MI6 (The British foreign intelligence security services) whose roles were to supply weapons to the rebels in the country.

The British government was conspiring to oust the president who had been in power in the country,their intention was to seize and own the diamonds mining areas by putting into power their own puppet, meantime the French government possessed those diamonds mining areas and protected the government of the Central Africa Republic,so,as France learnt about the British conspiracies ,it sent spies in the country and assassinated Mr Bob Wesley and his wife (The Williams parents).

The assassinations were carried out during the night, and William testified the killings of his parents from hideout.
He swore to make vengeance against his parents killers.

As he also became an MI6 agent, and got given an assignment to carry out in Paris as the French sleeper agent woman stole the submarine technology from her husband who was a chief of military technologies in the British army.

William nicknamed himself as the Bastard, launched bizarre killings in Paris, whereof he killed many French government officials as much as he could without being arrested , and at last he wrote a letter to warn the French President that he was going to be next. 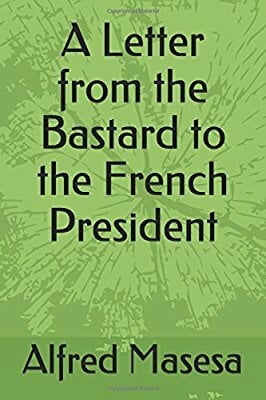