WORLD BANK: Kenya has replaced Tanzania on the list of the worlds top 10 reformers

Kenya has replaced Tanzania on the list of the world's top 10 reformers, making it one of three countries in Africa that has made the most significant advance in creating a conducive environment for doing business in 2006/07, according to a new report by the World Bank and the International Finance Corporation (IFC).

The programme has transformed the country into the third easiest place to do business on the continent after Egypt and Ghana.

"So far, the programme has eliminated 110 business licences and simplified eight others. The changes have streamlined business start-ups and cut both the time and cost of getting building permits.

"The programme will eventually eliminate or simplify at least 900 more of the country's 1,300 licences," says the report. It adds, "Property registration is also faster now, thanks to the introduction of competition among land valuers. And the country's private credit bureau now collects a wider range of data."

Tanzania was the 10th best reformer worldwide in last year's rankings after it reduced the cost of registering new businesses by 40 per cent. The country dropped out of the top 10 because it did not make any significant reforms this year.

The report, however, notes that Tanzania remains one of the best reformers in Africa, having cut the cost of doing business to 47 per cent of its income per capita in 2007 - now one of the lowest rates on the continent - and maintained that performance over the past two years.

The report, the fifth in a series of annual compilations investigating the regulations that enhance business activity and those that constrain it, ranks 178 economies on the basis of the measures instituted by each of them to reduce constraints to doing business.

The survey measures regulations affecting 10 stages of the life of a business. They are: Starting a business; dealing with licences; employing workers; registering property; getting credit; protecting investors; paying taxes; trading across borders; enforcing contracts and closing a business.

According to the report, although Uganda was not in the league of its two East African counterparts, it performed exceptionally well in emerging as the only country in Africa to have positively reformed its labour law during the period under review.

"The new laws make working hours more flexible, provide clarity on overtime, and require that the employer notify the labour union's representative and the commissioner in specific dismissal cases," explains the report in a summary of Uganda's performance.

The reforms carried out by Uganda in 2006/07 earned it a relatively higher rating than in those carried out the year before, when it only received a mention for easing registration requirements for new companies and facilitating their access to credit.

The 2008 report also lauds the other two new entrants to the East African Community - Rwanda and Burundi - for a series of reforms carried out early this year that have facilitated doing business in the two countries.

"Rwanda reduced the cost of port and terminal handling by liberalising the warehouse services sector. Competition has cut costs by 40 per cent, and new Customs declaration points have accelerated trade.

"Decentralisation has speeded up the issuance of building permits. The privatisation of Electrogaz - the country's water and electricity company - has reduced delays in getting utility connections, easing dealing with licences," says the report.

Burundi, on the other hand, is praised for abolishing its 7 per cent property registration tax.

On the whole, according to the report, attempts at reforms across Africa were uneven - with nearly half the countries on the continent not carrying out any reforms at all.

In total, 24 African countries implemented 49 reforms in 2006/07. That performance was, however, not good enough, as it saw the continent fall from third in last year's rankings to fifth - having been overtaken by South Asia and the Middle East.

Survey results for 2006/07 show that most African countries focused on improving technology at the business registry as the most significant reform that would ease starting of businesses.

According to the report, Kenya improved processes at its company registry, thereby saving entrepreneurs 10 days. Tanzania is also computerising its registry and has succeeded in reducing start-up fees from 92 per cent of annual income to 47 per cent.

Uganda performed poorly in this area, as it was the only East African country listed among the 10 countries worldwide that has the most regulations for business start-up.

In terms of dealing with licences, Kenya and Rwanda were listed among the top reformers on the continent, while Tanzania and Burundi being among those labelled as having "the most difficult to deal with licences."

Kenya's good performance came on the back of having eliminated 110 licences, simplified eight others, and further plans by the government to cut another 314 licences as well as simplify 599 more.

Rwanda on the other hand earned its plaudits in this areas for speeding up the issuance of building and occupancy permits by 24 days after transferring authority from the prefecture to the municipality.

With regard to employing workers, the report says Uganda, with its new labour law, is now one of the 10 countries in the world - along with China, US, Singapore and Australia - that least regulates employment.

"And there is no required premium for working on a rest day, except for overtime. But the law also requires employers to notify unions and the labour commissioner before dismissing 10 or more redundant workers," says the report.

According to the report, the four major reforms that are known to create job opportunities - especially for women, youth and the unskilled - by making it easier for businesses to operate are: Allowing flexible working hours, introducing apprentice wages, lowering dismissal costs, and raising and equalising mandatory retirement ages.

The reforms that were carried out in East Africa in the area of registering property include the liberalisation of the profession of land valuers in Kenya, which has seen the wait for evaluations fall from 34 days to seven, and the abolition of 7 per cent property registration tax in Burundi.

However, although Africa generally had the highest number of reforms in this area for the second year running, according to the report, even more are needed in the future.

"Africa accounts for nine of the 10 most expensive countries in which to register property. And even with the reforms, costs remain steep. With all costs added in, registration in Burkina Faso still costs 12.2 per cent of the property value. In Burundi, the cost is 11.5 per cent, and in Niger, 9 per cent," says the report.

When an investor wants to get credit easily in East Africa, Kenya is a better destination than Rwanda, Tanzania, Uganda and Burundi, according to the report.
Click to expand...

This would be appropriate for EL, who deceived us that uchumi wetu unapaa. Alisema hata jumuiya ya kimataifa inafahamu hilo, May be this can show him that the so called international community believes otherwise

so what happened to our airplane?
R

Oh, sorry our plane had to stop somewhere to catch another Kasungura, when our neighbour Kenyans took an advantage of leading the race!

It is there as you can see Mr. Preso using it. How u deh? 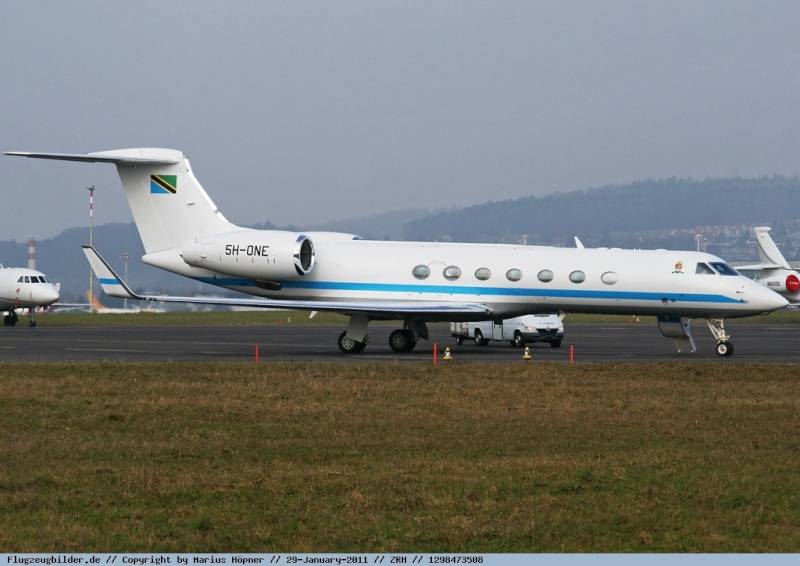 Oct 5, 2021
brazaj
B
Why the EPA is not beneficial to Tanzania