Who Is Saif al-Islam Qaddafi, Once the Heir to His Father’s Regime and Now Free in Libya?

C.paton,Newsweek Mon, Jun 12 8:26 PM GMT+3
After more than five years in captivity in the Libyan mountain town of Zintan, Saif al-Islam Qaddafi, the man presumed to inherit the Qaddafi regime from his father before the country erupted in bloody civil war in 2011, has been set free.

Following his capture at the febrile end of Libya’s revolution, Qaddafi’s son was such a prize to the Zintan militias that he was never let go. As Qaddafi-era figures were brought to Tripoli to stand trial, dressed in sky-blue jumpsuits and sitting in cages in Hadba Prison, the heir to the regime remained stuck in the mountainous west.

Now, in the shifting allegiances and loyalties of the country’s intractable civil war, Saif al-Islam, who was sentenced to death by the Libyan court via video link in 2015 for the role he played in the revolution, is under the protection of Libya’s eastern government in its stronghold of Bayda, according to local reports.

Saif al-Islam’s lawyer Khaled el-Zaidy told CNN he believes the 45-year-old second-born son of the former Libyan strongman will now have a “major role in bringing peace to Libya.” Zaidy said that like his father, Saif al-Islam retains deep tribal loyalties that would protect him.

Before the war in Libya, Saif al-Islam was seen as a necessary reformer of his father’s Jamahiriya, or "state of the masses."

Don't miss: Zusy Malware Attacks When you Hover Cursor Over a Link

Awarded with a Ph.D. from the London School of Economics, the western-facing Saif al-Islam was an architect of Libya’s rapprochement with Washington and the international community. The rekindling of relations culminated in 2004's "deal in the desert" with then-British Prime Minister Tony Blair. 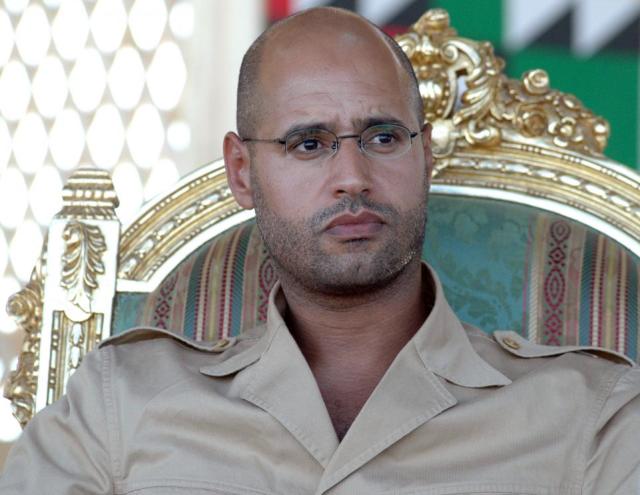 Saif al-Islam, son of late Libyan leader Muammar al-Qaddafi, is pictured at a ceremony in the southern Libyan city of Ghiryan on August 18, 2007. He has been released after five years in detention, according to his lawyer. MAHMUD TURKIA/AFP/Getty Images

Saif al-Islam addressed Libya’s reputation as a pariah state, negotiating compensation for the victims of the 1988 Lockerbie bombing, the 1986 Berlin nightclub attack and the 1989 downing of UTA flight 772.

He also reached out to Libya's Islamists, securing the release of several figures from his father’s infamous prisons.

According to reports at the time, a third of the members of the Libyan Islamic Fighting Group, which attempted to assassinate Muammar el-Qaddafi in 1996, were freed as part of the deal in 2008. Two years later, an additional 200 members, including Abdelhakim Belhaj, the group’s leader and current Islamist power broker in Libya, were freed.

However the reforms did not come quickly enough to stem the tide of Libya’s revolution, which began in 2011. As protest turned to civil war and NATO backed the country’s rebels against Qaddafi’s 40-year regime, Saif al-Islam said he would fight till the last bullet.

Although he has been freed on the grounds of a 2015 amnesty for Gaddafi-era figures passed by Libya’s eastern parliament but not recognized by its U.N.-backed government in Tripoli, Saif al-Islam is still wanted by the International Criminal Court to answer charges of alleged war crimes.

In 2011, Saif al-Islam claimed the 2011 revolution was caused by "drunken and drugged" Islamists promising widespread slaughter and a river of blood. In one video filmed by Qaddafi supporters, he appeared to be encouraging a crowd of armed supporters to fight protesters.