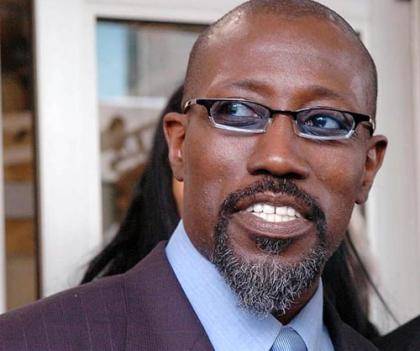 ​
Blade star Wesley Snipes has been ordered to turn himself in to federal authorities immediately and begin serving his three-year sentence for tax evasion.

The 48-year-old actor was found guilty of failing to file returns when he stood trial in 2008, but his lawyers appealed the verdict and he was freed on bail to challenge the ruling.

He lost the appeal in July this year and was due to surrender to police on September 2 - but US District Court Judge Terrell Hodges granted him a postponement pending a retrial hearing this month.

But Judge Hodges rejected the case for a new trial on Friday and Snipes was told he must turn himself in, reported Contactmusic.

He told the Ocala, Florida court, "The Defendant Snipes had a fair trial... The time has come for the judgment to be enforced."

The actor was not present for the hearing. He was convicted for failing to file returns or pay tax on earnings of USD 38 million dating back to 1999.


He may have proven that white men can't jump, but Wesley Snipes has also made it clear that felons can't avoid jail time.

The actor - who was convicted of tax evasion in 2008, but spent years going to extreme lengths to avoid his sentence - had his latest appeal rejected by a federal judge this week.

Told he had a fair trial and that the time has come for the judgment to be enforced, Snipes will finally be heading to the clink.

Wesley is very disappointed but staying strong and positive, his lawyer told The Orlando Sentinel.

Its unclear when or where Snipes will start serving the sentence. So much for always betting on black, though.