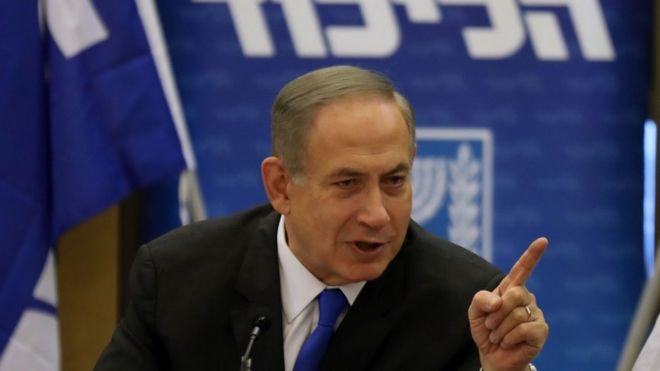 Image copyrightAFP
Image captionA defiant Mr Netanyahu mocked his accusers ahead of the questioning
Israeli police have arrived at the home of Prime Minister Benjamin Netanyahu as part of an inquiry into corruption allegations.

Ahead of their arrival, Mr Netanyahu again denied any wrongdoing.

He told the media and political rivals to "hold off partying", adding: "Nothing will happen, because there is nothing."

Israeli media have reported allegations that he has received significant gifts or "favours" from businessmen.

Three investigators are reportedly questioning the PM at his central Jerusalem residence.

Mr Netanyahu told his Likud party legislators earlier on Monday: "We hear all the media reports. We see and hear the festive spirit and atmosphere in television studios and in the corridors of the opposition. 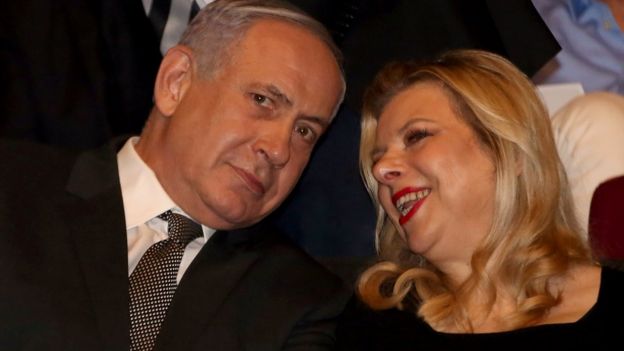 Image copyrightGETTY IMAGES
Image captionMr Netanyahu and his wife, Sara, have faced scrutiny several times over the years
"I want to tell them to wait for the celebrations. Do not rush. I told you and I repeat: There will be nothing because there is nothing. You will continue to inflate hot air balloons and we will continue to lead the state of Israel."

However, Ynet quoted the leader of the Zionist Union, Isaac Herzog, as saying: "This isn't a happy day. This is a hard day for the state of Israel. We are not gloating."

Opponents of Mr Netanyahu have called for an investigation into his affairs following a series of scandals in recent months - none of which have resulted in charges.

Last month, an investigation was opened into the purchase of new submarines from Germany, after it was claimed that Mr Netanyahu's lawyer represented the company during negotiations.

Similar allegations have followed the prime minister since his original term in office two decades ago.

In 2000, Israeli police recommended that criminal charges be brought against Mr Netanyahu and his wife, Sara, after an eight-month investigation into whether he had kept official gifts that should have been handed over to the state after he left office.

At the same time, they were also accused of charging the government for the services of a contractor who did private work for them.

All those charges were dropped due to insufficient evidence.

Mguse uone moto wake
You must log in or register to reply here.