this is former Polish Prez's detail

Libya
Amazonian Guard
"Gaddafi surrounds himself with handpicked female bodyguards. All of them swear an oath that they will give their lives for him. They never leave his side, night or day, & he insists they remain virgins. There is no shortage of volunteers for what is seen as a prestigious job. A special training college puts recruits through a tough program. Girls who don't drop out emerge as trained killers, experts with firearms & martial arts. Gaddafi makes the final selection &, despite the virginal tag, rumors abound that he demands their sexual favors."

GUY can you belive the security detail of Bashir is looking down..[/QUOTE]

Secret Service Special Agents protect the President of the United States.
Secret Service countersniper team
Secret Service White House policeThe Secret Service has primary jurisdiction over the prevention of counterfeiting of U.S. currency and U.S. treasury bonds and notes, and protection of the President, Vice President, their immediate families, other high ranking government officials, past presidents and their spouses, certain candidates for the offices of President and Vice President, and visiting foreign heads of state and government (all called "protectees"). It also investigates a wide variety of financial fraud crimes and identity theft and provides forensics assistance for some local crimes.

Appearance
Plainclothes agents of the Secret Service wear attire that is appropriate for the surroundings. In most circumstances, this means a conservative business suit. Photographs often show them wearing sunglasses and a communication earpiece. The attire for members of the Uniformed Division includes police dress uniforms for White House guards, police work uniforms for investigative officers, and work clothes and identification vests for members of the countersniper team.

The Secret Service has over 5,000 employees: 2,100 special agents, 1,200 Uniformed Division employees, and 1,700 technical and administrative employees. Special agents either serve as bodyguards for public officials or investigate financial fraud.

Now check out the thickness of that door..one might think its submarine hatch
G

Inside Air Force One

anyone remember this incident?

Quick thought: Would a 50 cal or a home made (UCAV) flying bomb reduce the security detail to nil. 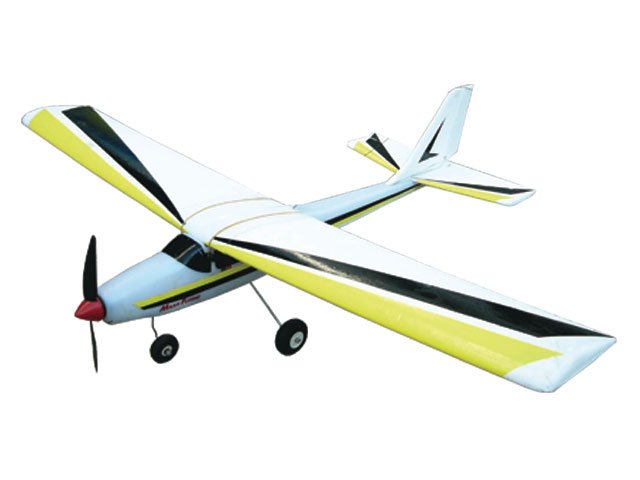 Another day another bag...

Even Hamas leader has one

Quick thought: Would a 50 cal or a home made (UCAV) flying bomb reduce the security detail to nil.

The bags include a ballistic shield that extends approximately 30 inches in height and 14 inches in width, providing protection from the user's head to the waist. The shield has multiple layers of bullet-resistant materials, including Zylon and Goldflex, which can absorb a .44 caliber bullet, the company said. The outer shell is made of abrasion-resistant nylon.

Since September 11, 2001, the guards have re-evaluated the security at these checkpoints and feel sure that they have the proper force structures. Since Paul VI, however, they have not been allowed to carry firearms openly, but they do have modern weapons at the various gates, which they do not like to discuss in much detail.

Within the Apostolic Palace, the Swiss provide extensive security, including electronic systems, so that the closer you approach to the Holy Father, the more checkpoints you pass. They also, of course, still maintain security at the papal conclaves, which has become more complex with the advent of modern surveillance devices.

Swiss Guards also travel everywhere with the Holy Father; the plainclothes bodyguards you see around the pope can consist of various agents, depending on what country the pope is visiting, but there are always two Swiss Guard officers among them. 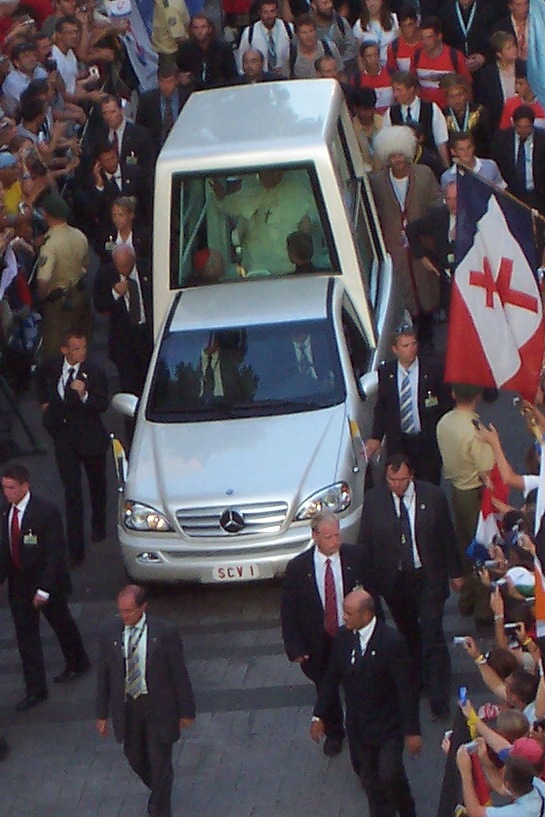 before the assasination attempt

Had to pust some color in here.
F.O.I Fruit of Islam 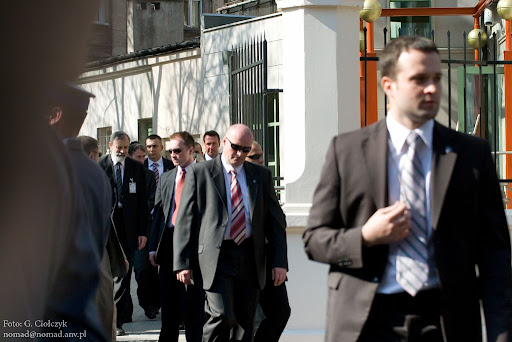 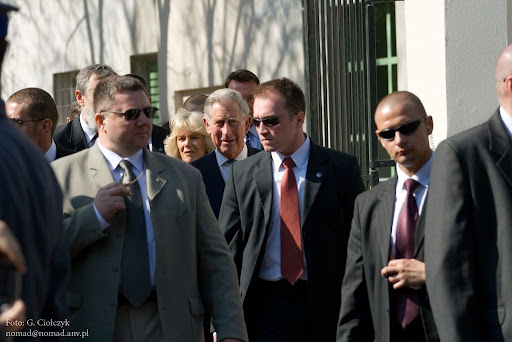 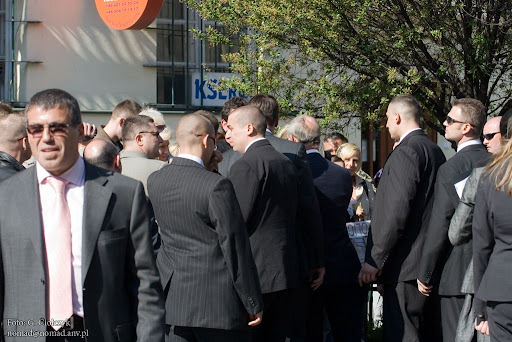 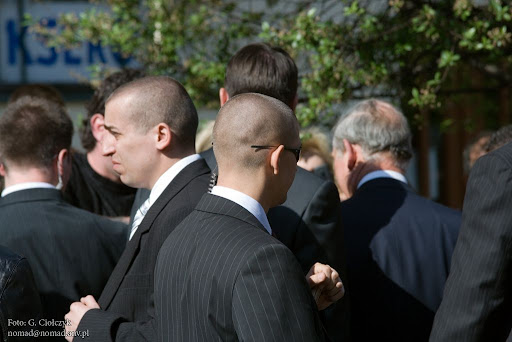 Located across Highway 295 is the CIA/NSA Special Collection Service: Russia
Presidential Security Service [PSB]
Russian Presidential Security Service (PSB), formerly an element of the 9th Chief Directorate of the KGB, was established as an independent government agency in December 1993 to provide security for Russian top officials and the guards for the Kremlin.
Initially, the PSB's functions were determined by an unpublished Presidential decree. Then the Duma granted it the right to put certain persons under surveillance, and in May 1996 its statute was issued by the Duma. The code granted the service virtually unlimited powers, including among other things the right to combat foreign intelligence, fight crime, and design weapons systems, though the Duma cut out a clause that would have allowed it to engage in commercial activity. Over time the PSB evolved from a government organization into one which was loyal only to its own commander, serving Korzhakov's personal political interests. Korzhakov had been Yeltsin's bodyguard since 1987, and in August 1991, he stood next to his boss on top of a tank during Yeltsin's historic speech.

People attending the ceremony and parade on Jan. 20 can expect to be searched by machines, security personnel or both. Precautions will range from the routine - magnetometers like those used at airports - to countersnipers trained to hit a target the size of a teacup saucer from 1,000 yards away. Plus undercover officers, bomb sniffing dogs and air patrols.

The Secret Service - the agency coordinating the security &#8211; also has assigned trained officials to identify and prevent cyber security risks. And, as it does at every inauguration, the service has mapped out escape routes for the 44th president.

In addition Washington's 5,265 surveillance cameras, spread around the city, are expected to be fed into a multi-agency command center.

"When you have an event like the inauguration, the more eyes we have in and around the city the better off we are," District of Columbia Police Chief Cathy Lanier said. Streets will be closed within seven-to-eight blocks on both sides of Pennsylvania Avenue, and two-to-three blocks around each inaugural ball site, she said.

The already-high security for inaugurations was intensified in January 2005, for the first swearing-in after the September 11, 2001, terrorist attacks, and this year's will follow that heightened model.


"I think you're going to get people from all walks of life come into Washington, so I think that there will be a tremendous influx of people that will come early, that will camp out early and that
will probably remain, you know, to continue the festivities," said Nick Trotta, assistant director of the Secret Service's Protective Division.

The inauguration is designated a National Special Security Event, giving the Secret Service the lead among 58 law enforcement agencies involved in the security planning and execution. As the
date gets closer, the service could decide to extend the special security designation to Jan. 19 - Martin Luther King Day &#8211; when large crowds are expected to begin gathering in Washington.

At this point, the Secret Service does not have an estimate on how many people are expected for the inauguration. Reports that as many as 4 million people would come could not be corroborated with law enforcement agencies.

But officials expect to see more people at this inauguration than any other in the past.

The National Park Service says the largest crowd ever recorded on the National Mall was for President Lyndon B. Johnson's 1965 inauguration. At the time, the park service estimated 1.2 million people attended the event.

Trotta acknowledged the reemergence of hate groups through the presidential campaign and since Obama's election. Threats against Obama have been higher than any other president-elect in history. From Maine to Idaho, law enforcement officials have seen
potentially threatening writings, racist Internet postings and
other activity.

"It is a very historic inauguration - it is the first African-American to be sworn in as president," Trotta said. "But that's just a factor. Of course we're not saying it doesn't play a role, but it's not the security issue."

The security plans have not been completed, but Trotta expects the parade route and swearing-in to be the same as in past years. He would not say whether Obama would get out of his car during the parade or if Obama would be surrounded by bulletproof glass at the
speaking podiums, as he was in Chicago on election night.

There has never been an assassination attempt at a presidential inauguration.

"The exposure's there. The length of time is there. It's a parade. We're moving the White House in the middle of a parade," Trotta said.

There has been no specific intelligence pointing to a potential terrorist attack during the inauguration, said Joseph Persichini Jr., assistant FBI director in charge of the Washington Field
Office.

"But we're always vigilant," he said, adding that visitors should help by watching for any suspicious activity. 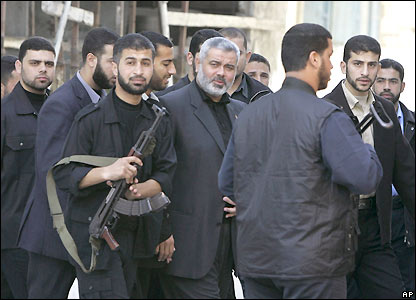 You can pass by 'Borj El Shamaly' niwape dili ingine.

You can pass by 'Borj El Shamaly' niwape dili ingine.