Charles I begins his 11 years of personal rule​

10th March 2019
It was today in 1629 that Charles I dissolved his third parliament and began his eleven years of Personal Rule – when he governed alone and refused to call a parliament. He had been king for almost four years, and had clashed with his parliament from the very beginning of his rule.

In the medieval period it was usual that the king ruled his kingdom personally, with assistance from a council which likely included representatives of the most powerful families, senior members of the church, and civil servants. Edward I was the first king to call a parliament as he wanted to ensure that the changes he wished to make to laws and taxation were acceptable to the people of England. It was costly and time consuming to call a parliament, so they were summoned sparingly and dissolved by the king once the specific task had been completed and the king would continue governing the country himself. From the fourteenth to the sixteenth centuries, the power of parliament grew and it became accepted that only a parliament could impose new or greater taxes.

Charles’s father James I believed in the divine right of kings – that as monarch, the only authority above him was God and therefore he should be able to govern without answering to a parliament. However, James was often very short of money and so was forced to summon parliaments frequently in order to raise funds through taxes. When parliament was sitting, they often insisted that the king agree to various laws and policies before they would agree to support the increased taxation.

With this history and his own strong belief that the king’s powers could not be challenged, when parliament began to criticise Charles I more harshly, he decided to rule without them. This was feasible, but only if he made peace with France and Spain, as without parliament he could never raise enough funds to continue waging war.

As the years passed, and with Charles unable to raise taxes the traditional way through parliament, the king and his advisors were forced to utilise increasingly complex ways to raise enough money to successfully run the country. One of the most unpopular of these was a ship money levy. Usually only applied to coastal counties during wartime, Charles extended it inland, claiming it fell under his royal prerogative. It raised him significant amounts of extra money.

It was when Charles tried to bring the Church of Scotland more in line with the Church of England that his Personal Rule came to an end. The Scots resented Charles’s interference and opposed the changes – this eventually escalated into the Bishop’s War, when Scotland invaded England in 1639. Charles needed money to pay troops to fight the Scots and finally had to call a parliament. This parliament lasted less than a month before Charles dissolved it, but by now he was out of options and out of money.

Forced to recall parliament a few months later, they demanded enormous concessions from the king – in particular, passing an Act that meant parliament could not be dissolved without the consent of its members. They did not want to risk another eleven years of Charles governing alone.

Unsurprisingly, Charles was unhappy with the demands. The breakdown between the king and parliament eventually led to the First English Civil War in 1642, with Charles leaving London to raise his army and regain by force the authority he believed to be his God given right. 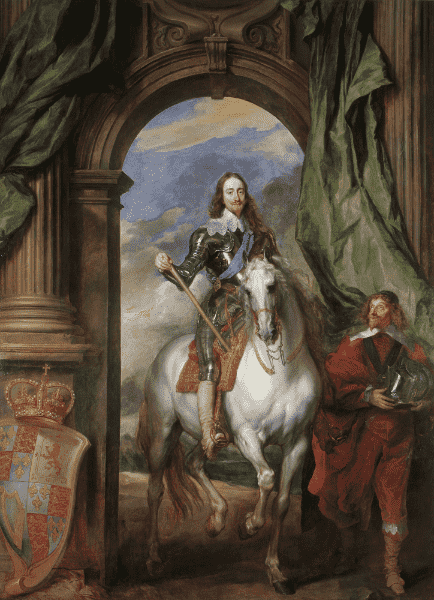 Source : Charles I begins his 11 years of personal rule - News

In January 1649, after years of civil war, King Charles I stood trial in a specially convened English court on charges of treason, murder, and other high crimes against his people. Not only did the revolutionary tribunal find him guilty and order his death, but its masters then abolished monarchy itself and embarked on a bold (though short-lived) republican experiment. The event was a landmark in legal history. The trial and execution of King Charles marked a watershed in English politics and political theory and thus also affected subsequent developments in those parts of the world colonized by the British.