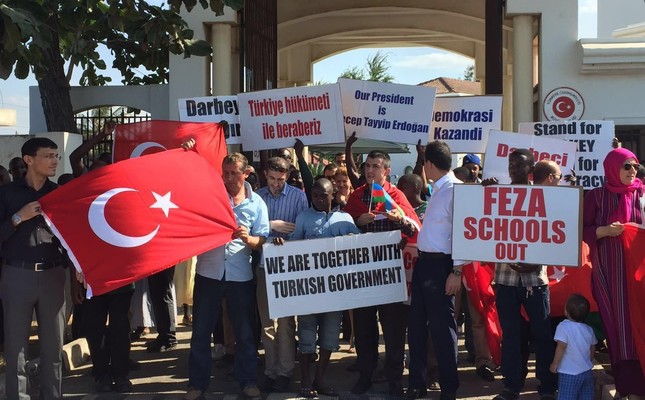 The Turkish community living in the eastern African country of Tanzania released a joint statement on Tuesday, condemning the failed coup attempt staged by the members of the Gülenist Terror Organization / Parallel State Structure (FETÖ/PDY) embedded in the Turkish Armed Forces while calling for the closure of Gülen-linked schools in the country. 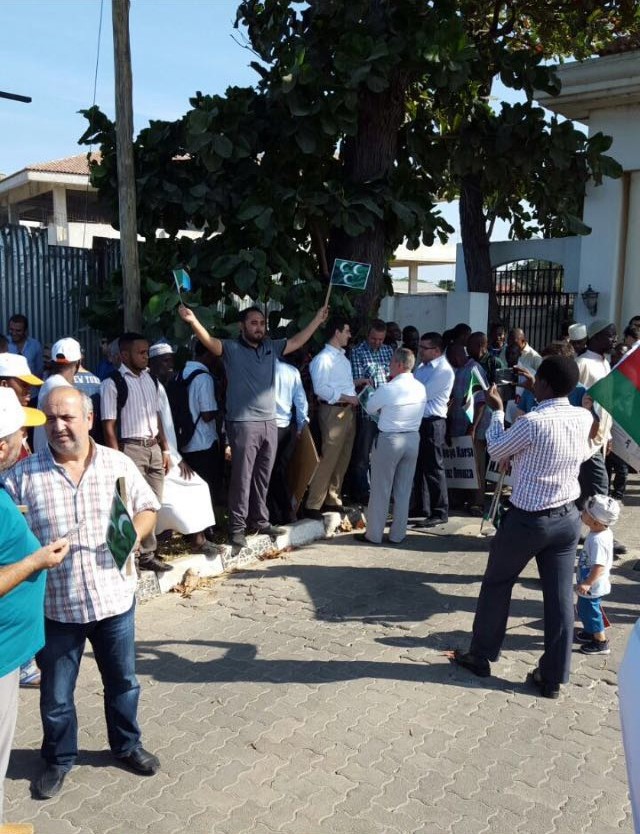 "We as Turkish citizens and Turkish NGO's based in Tanzania condemn the military coup attempt on 15 July which aims to overthrow the Turkish government illegally. We are very pleased to be informed that, this cowardly attempt has failed and the elected government has prevailed, with full control," the statement said.

Explaining the reason for their gathering in front of the embassy, the group said that the community wanted to announce their loyalty and support to President Recep Tayyip Erdoğan and the elected government. 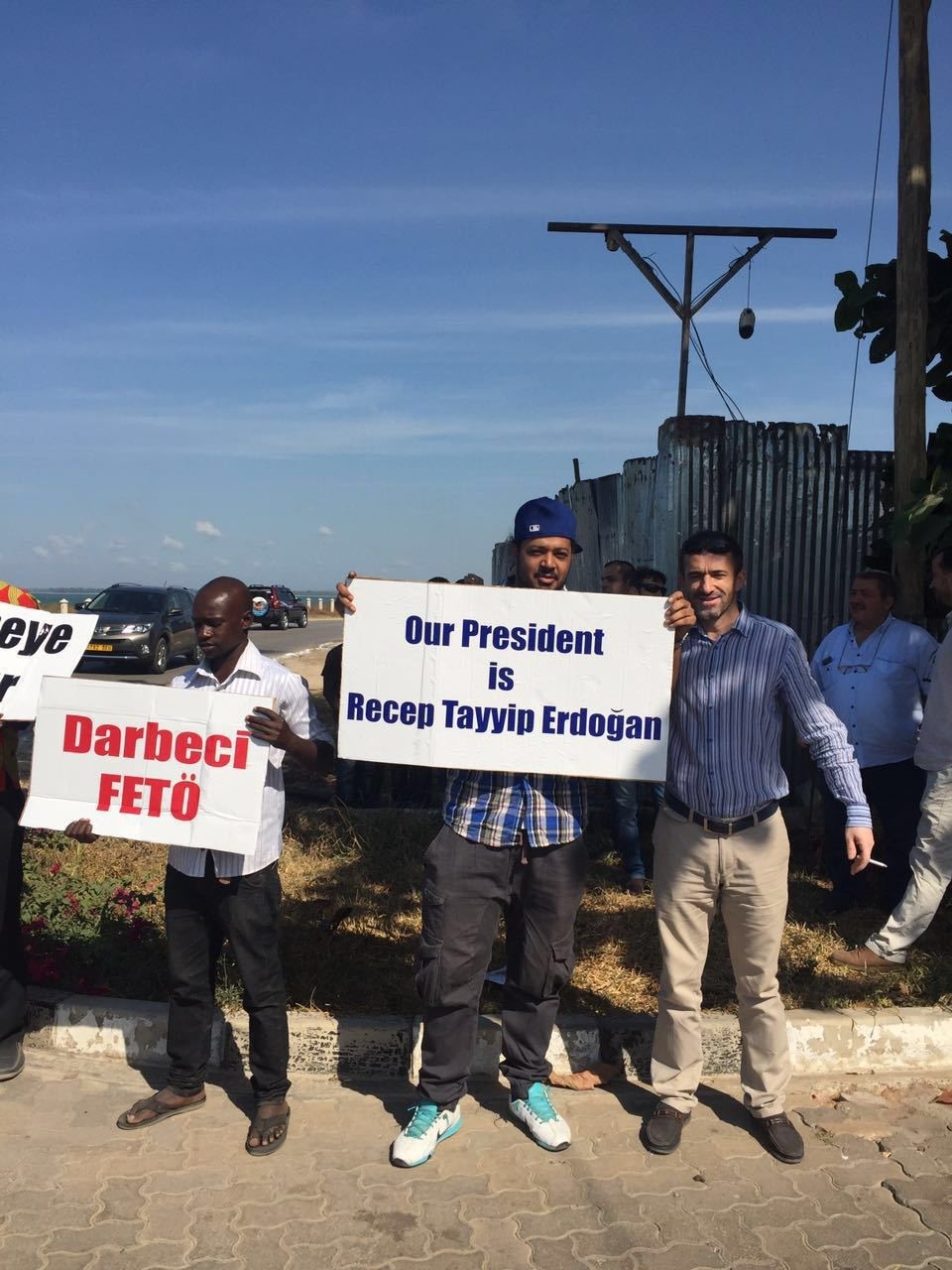 "Military coup attempt was staged by the group called FETÖ which has been acting against the Turkish government for a long time. Unfortunately, this group also has activities in Tanzania in the name of Ishık Education and Medical Foundation, Feza Schools and ABITAT (Alliance of Businessmen and Industrialists of Tanzania and Turkey). We as the Turkish society and Turkish NGO's are very uncomfortable with these groups and that they can operate freely in the land of our brothers, the United Republic of Tanzania," the group said.

"We expect the Tanzania government to take the necessary steps to put to an end to the activities of this group inside Tanzania," the community members added, openly urging their government to crack down on the schools linked to the terrorist organization. 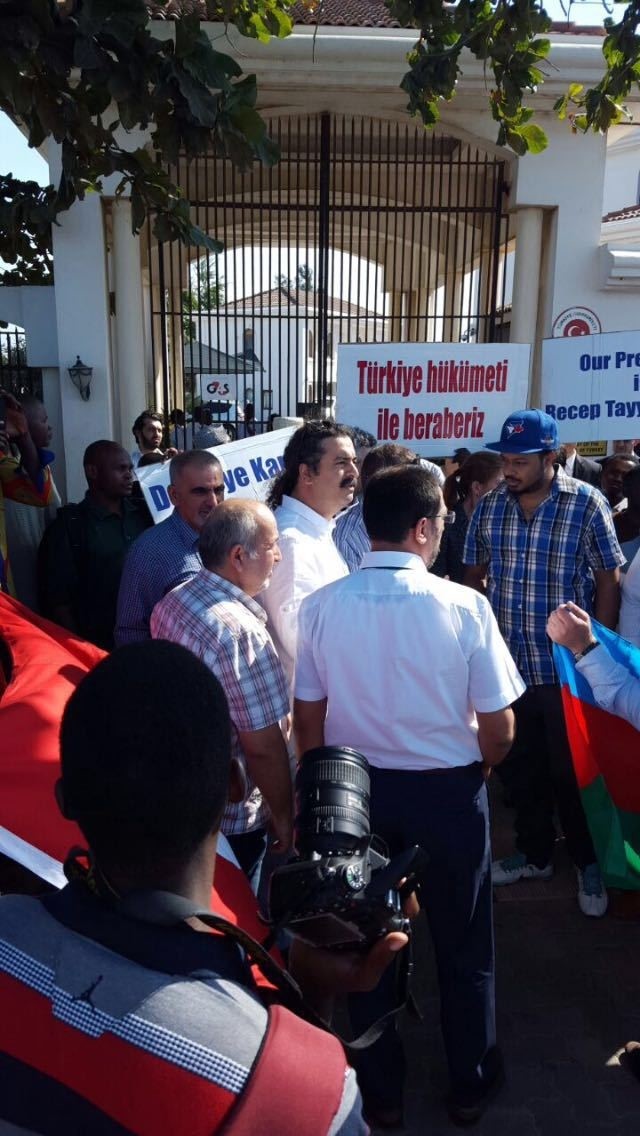 The Gülen Movement, led by fugitive preacher Fethullah Gülen who lives in self-imposed exile in rural Pennsylvania in the U.S., is accused of conspiring against the Turkish state, wiretapping thousands of people, including government officials and encrypted phones. The movement has been labeled a threat against Turkey's national security, and officially recognized as a terrorist organization by the Turkish government. 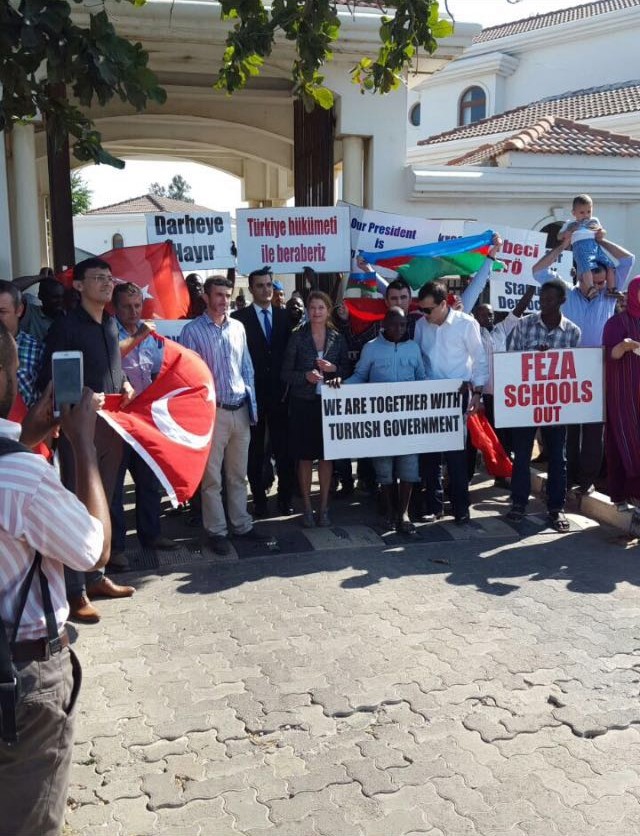