I feel good said:
Thanks much mkuu
Click to expand...

Uruguayan Air Force flight 571, also called Miracle of the Andes or Spanish El Milagro de los Andes, flight of an airplane charted by a Uruguayan amateur rugby team that crashed in the Andes Mountains in Argentina on October 13, 1972, the wreckage of which was not located for more than two months. Of the 45 people aboard the plane, only 16 survived the ordeal. The incident garnered international attention, especially after it was revealed that the survivors had resorted to cannibalism. 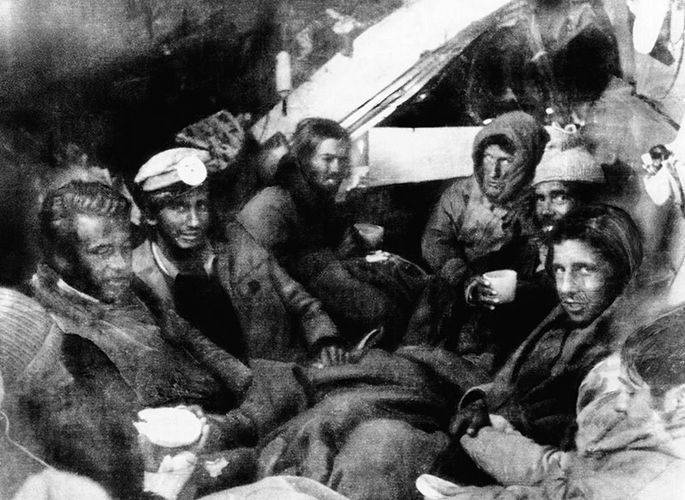 Departure and crash
In 1972 the Old Christians Club charted a Uruguayan Air Force plane to transport the team from Montevideo, Uruguay, to Santiago, Chile. On October 12 the twin-engined Fairchild turboprop left Carrasco International Airport, carrying 5 crew members and 40 passengers. In addition to club members, friends, family, and others were also on board, having been recruited to help pay the cost of the plane. Because of poor weather in the mountains, they were forced to stay overnight in Mendoza, Argentina, before departing at about 2:18 pm the following day.

Although Santiago lay to the west of Mendoza, the Fairchild was not built to fly higher than approximately 22,500 feet (6,900 metres), so the pilots plotted a course south to the Pass of Planchón, where the aircraft could safely clear the Andes. Approximately an hour after takeoff, the pilot notified air controllers that he was flying over the pass, and shortly thereafter he radioed that he had reached Curicó, Chile, some 110 miles (178 km) south of Santiago, and had turned north.

The pilot, however, had misjudged the location of the aircraft, which was still in the Andes. Unaware of the mistake, controllers cleared him to begin descending in preparation for landing. Shortly thereafter, the Chilean control tower was unable to contact the plane.

At approximately 3:30 pm on October 13 the aircraft struck a mountain, losing its right wing and then its left wing before crashing into a remote valley of Argentina near the Chilean border. A search for the missing plane was launched, but it soon became clear that the last reported location was incorrect.

Rescue efforts shifted to the Andes, and the survivors later reported spotting several planes. However, the snow-covered mountains made detection of the white plane difficult. Furthermore, the harsh environment led many to believe that there were no survivors. After eight days, the search was called off, though later rescue efforts were undertaken by family members.

Survival and rescue
The crash initially killed 12 people, leaving 33 survivors, a number of whom were injured. At an altitude of approximately 11,500 feet (3,500 metres), the group faced snow and freezing temperatures. While the plane’s fuselage was largely intact, it provided limited protection from the harsh elements. In addition, the meagre food supplies—mainly candy bars and wine—were gone in about a week.

After a lengthy discussion, the starving survivors resorted to eating corpses. Over the next few weeks six others died, and further hardship struck on October 29, when an avalanche buried the fuselage and filled part of it with snow, causing eight more deaths.

Britannica Premium: Serving the evolving needs of knowledge seekers. Get 30% your subscription today. Subscribe Now
During this time, several survivors, the “expeditionaries,” had been surveying the area for an escape route. On December 12, with just 16 people still alive, three expeditionaries set out for help, though one later returned to the wreckage.

After a difficult trek, the other two men finally came across three herdsmen in the village of Los Maitenes, Chile, on December 20. However, the Chileans were on the opposite side of a river, the noise of which made it hard to hear. The herdsmen indicated that they would return the following day.

Early the next morning, the Chileans reappeared, and the two groups communicated by writing notes on paper that they then wrapped around a rock and threw across the water. The survivors’ initial note began, “I come from a plane that fell in the mountains.” The authorities were notified, and on December 22 two helicopters were sent to the wreckage. Six survivors were flown to safety, but bad weather delayed the eight others from being rescued until the next day.

Aftermath
In the resulting media frenzy, the survivors revealed that they had been forced to commit cannibalism. The admission caused a backlash until one of the survivors claimed that they had been inspired by the Last Supper, in which Jesus gave his disciples bread and wine that he stated were his body and his blood. The explanation helped sway public opinion, and the church later absolved the men.

The ordeal was the basis for a number of books and films, including the best seller Alive (1974) by Piers Paul Read, which was adapted for the big screen in 1993. In addition, several survivors wrote books about the ordeal.
Click to expand...