Now this is a REAL BALLER:I would say he is the brainiest of them all in the HOUSE OF SAUD and this might be because his mother is Lebanese....[/SIZE]

Saudi Prince Alwaleed buys his own A380 jumbo jet

PARIS  Saudi billionaire Prince Alwaleed bin Talal has become the first person to buy the ultimate status symbol  his own A380 superjumbo jet. Planemaker Airbus named the Saudi royal, whose interests span hotels and banking and the operator of Disneyland Paris, as the mystery buyer of a VIP version dubbed the Flying Palace. The buyer's identity had been secret for months but was announced to coincide with the Dubai air show Monday

Price of the deal was not disclosed. Russian billionaire Roman Abramovich recently denied buying the plane, which costs more than $300 million to airlines.

It's all just spending cash for bin Talal  Citigroup's biggest individual shareholder and the world's 13th richest person with assets around $20 billion, according to Forbes magazine.

As a member of the Saudi royal family, he benefits from the country's vast oil wealth. But much of bin Talal's huge fortune comes from his investment firm, the $25-billion Kingdom Holding, which has stakes in Rupert Murdoch's News Corp., Fairmont Raffles Hotels International, Time Warner, Apple, PepsiCo, Walt Disney Co. to name a few major corporations.

The prince, who is in his early 50s, appears to have a taste for super-sized jumbo jets. He already is the only private owner of a Boeing 747-400, Airbus said.

"It's like buying a new car or a new TV," David Velupillai, spokesman for Airbus, told The Associated Press. "One wants something bigger and better."

Prince Alwaleed confirmed the order despite seeing $2.5 billion wiped off his personal fortune the past month after a slide in the shares of Citigroup (C).

Prince Alwaleed owns about 95% of Kingdom Holdings, which in turn owns 3.6% of the U.S. banking giant, reeling from subprime mortgage losses and the global credit crisis.

The Airbus superjumbo has been hit by production delays but entered service with Singapore Airlines last month.

It can seat 525 passengers in three classes or more than 800 in an all-economy layout, by using less space between seats.

Leg room will not be a problem on the Flying Palace, which has 5,930 sq. ft of floor space  enough to hold the ballroom of London's Savoy Hotel, which Alwaleed owns.

The A380 can be fitted with cocktail bars, casinos, showers and sleeping quarters for first class passengers on ordinary airlines. But for the super-rich, the sky is the limit.

"It would depend very much on what sort of cabin interior the purchaser wanted," an Airbus official said this year. "On our VIP jets we offer the option to include whatever they want."

Aviation experts say it is only a matter of time before big spenders like Chelsea soccer club owner Abramovich are courted by Airbus and rival Boeing.

Sales of private jets are booming amid security concerns.

Boeing (BA) has three VIP clients who have bought five of its latest giant, the 747-8 Intercontinental, due to enter service with airlines in 2010, a Boeing spokesman said.

A year later, he received a $300,000 loan from Saudi American Bank, now known as Samba, which was run by Citicorp, according to his biography.

The prince invested $590 million in Citicorp in 1991 at a time when the bank needed cash as it struggled with Latin American loan losses and a collapse in U.S. real estate prices. That stake is now worth about $6 billion. 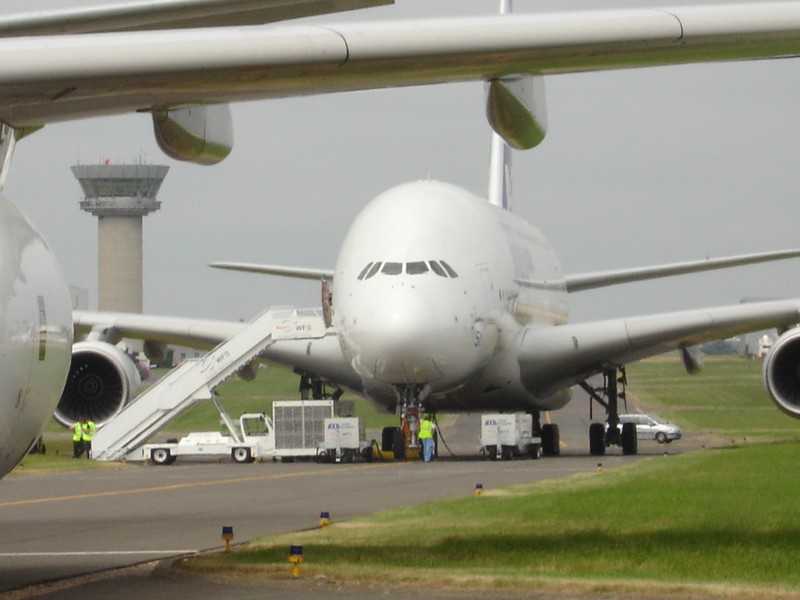