Top African Nations with the most Chinese debts.

Read what you wrote keenly, point by point then tell me that is a scholarly argument, try and cite any credible source to support your "economic theories" unajaribu kubwabwaja humu., I can't waste my time with you. Seriously how do you people reason?.,

Yosef Festo said:
Read what you wrote keenly, point by point then tell me that is a scholarly argument, try and cite any credible source to support your "economic theories" unajaribu kubwabwaja humu., I can't waste my time with you. Seriously how do you people reason?.,
Click to expand...

Where is your objective reasoning, I have seen none so far zaidi ya kuzunguka zunguja tu na ma emojis kibao!

USA sets the rule of the game when it comes to the use of US Dollar anywhere in the world. USA akiamua kesho ana print kiasi chochote cha US dollars. 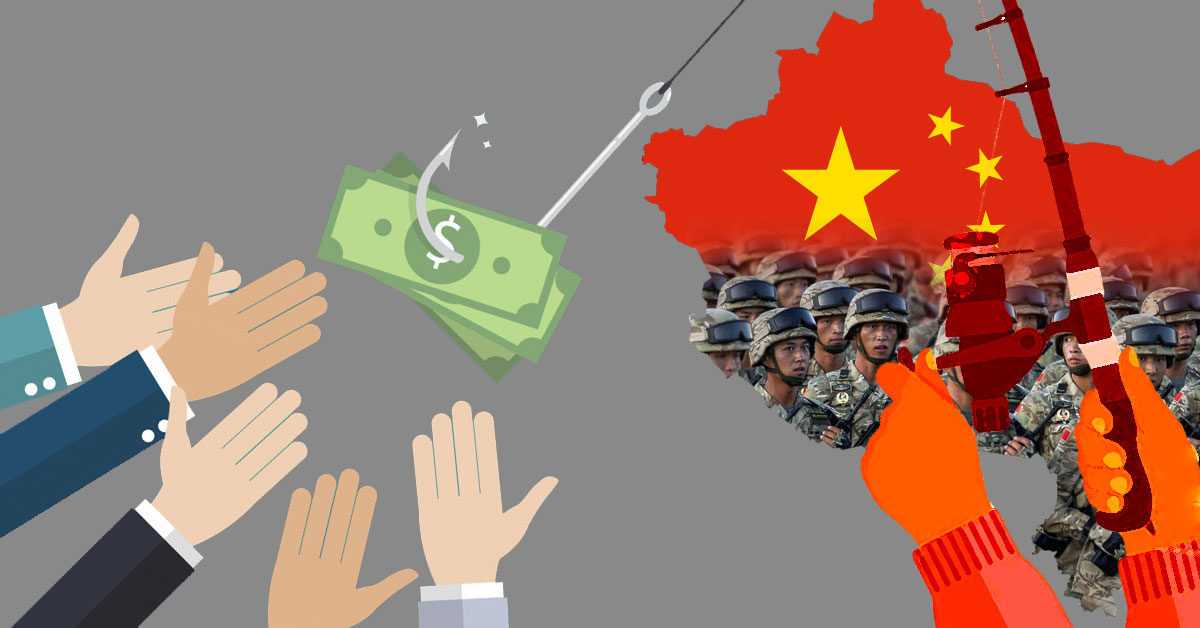 The Top Ten African Countries With the Largest Chinese Debt | The African Exponent.

China's activities in Africa have raised a lot of eyebrows, and the issue of being trapped into Chinese debt is real and ominous. Here, we look at the top ten African countries with the largest Chinese debt.

Angola is the most indebted African country to China. It has an estimated debt of over US$25 billion. Shocking, but that's the reality at hand. Most of Angolan oil is going towards the repayment of Chinese debts, despite Angola being the second largest producer of oil in Africa.

All those Chinese infrastructural development projects in the East African country are coming at a heavy price. Ethiopia has an estimated debt of US$13.5 billion. The debt levels have slowed down some projects due to repayment issues, but there is now a new structure for these debts that makes it a little bit affordable for Ethiopia to repay.

Even after the discovery of oil in the northern part of the country, nothing in essence is working towards cutting down the levels of debt to China. Kenya has an estimated debt of US$7.9 billion. The country has been taking money to facilitate the fruition of its infrastructural projects. But as lack of transparency and accountability come into play, a lot of money has been lost to corruption.

4. The Republic of Congo

Congo, which may be popularly known as Congo-Brazzaville, has an estimated debt of US$7.3 billion. Again, corruption has played a major role in ballooning the debt to such egregious levels.

The conflict-torn country has an estimated debt of over US$6.4 billion. Although China has written off the country's debt incurred in 2015, it still has a long way to go.
6. Zambia
Zambia is increasingly getting mired in the tentacles of Chinese debt. The Chinese have sponsored a lot of projects in the country. The country has an estimated debt of US$6 billion. China is taking Zambian firms as part of repayment plans, and there were reports that ZESCO, the national power utility, was being taken over by China, even ZNBC, the country's national broadcaster.

Cameroon has an estimated debt of US$5.5 billion. However, it was recently revealed that China was in talks to cancel part of the country's debt. But with China, nothing is so certain.

The West African country has an estimated debt of US$4.8 billion. Nigeria has accepted the Chinese yuan as a reserve currency.

Ghana stands at number 9 with an estimated debt of US$3.5 billion. The country's opposition has involved the IMF to help look into the country's debt

10. The Democratic Republic of Congo (DRC)

The DRC could easily be one of the richest countries in the world considering how it is abundantly endowed with precious natural resources and minerals. However, plundering of these resources has set the country back, including unending conflict. It has an estimated debt of US$3.4 billion. DRC was quick to exchange mineral resources for loans with China.
You must log in or register to reply here.

Top Ten African Countries With Best Education System, What Number Is Your Country
2