‘The legend of Kópakonan (the Seal Woman) is one of the best-known folktales in the Faroe Islands.

Seals were believed to be former human beings who voluntarily sought death in the ocean. Once a year, on the Thirteenth night, they were allowed to come on land, strip off their skins and amuse themselves as human beings, dancing and enjoying themselves.

A young farmer from the village of Mikladalur on the northern island of Kalsoy, wondering if this story was true, went and lay in wait on the beach one Thirteenth evening. He watched and saw the seals arriving in large numbers, swimming towards the shore. They clambered on to the beach, shed their skins and laid them carefully on the rocks. Divested of their skins, they looked just like normal people. The young lad stared at a pretty seal girl placing her skin close to the spot where he was hiding, and when the dance began, he sneaked up and stole it. The dancing and games went on all night, but as soon as the sun started to peep above the horizon, all the seals came to reclaim their skins to return to the sea. The seal girl was very upset when she couldn’t find her skin, though its smell still lingered in the air, and then the man from Mikladalur appeared holding it, but he wouldn’t give it back to her, despite her desperate entreaties, so she was obliged to accompany him to his farm.

He kept her with him for many years as his wife, and she bore him several children; but he always had to make sure that she didn’t have access to her skin. He kept it locked up in a chest to which he alone had the key, a key which he kept at all times on a chain attached to his belt.

One day, while he was out at sea fishing with his companions, he realised he had left the key at home. He announced to his companions, ‘Today I shall lose my wife!’ – and he explained what had happened. The men pulled in their nets and lines and rowed back to the shore as fast as they could, but when they arrived at the farm, they found the children all alone and their mother gone. Their father knew she wasn’t going to come back, as she had put out the fire and put away all the knives, so that the young ones couldn’t do themselves any harm after she’d left.

Indeed, once she had reached the shore, she had put on her sealskin and plunged into the water, where a bull seal, who had loved her all those years before and was still waiting for her, popped up beside her. When her children, the ones she had had with the Mikladalur man, later came down to the beach, a seal would emerge and look towards the land; people naturally believed that it was the children’s mother. And so the years passed.

Then one day it happened that the Mikladalur men planned to go deep into one of the caverns along the far coast to hunt the seals that lived there. The night before they were due to go, the man’s seal wife appeared to him in a dream and said that if he went on the seal hunt in the cavern, he should make sure he didn’t kill the great bull seal that would be lying at the entrance, for that was her husband. Nor should he harm the two seal pups deep inside the cave, for they were her two young sons, and she described their skins so he would know them. But the farmer didn’t heed the dream message. He joined the others on the hunt, and they killed all the seals they could lay their hands on. When they got back home, the catch was divided up, and for his share the farmer received the large bull seal and both the front and the hind flippers of the two young pups.

In the evening, when the head of the large seal and the limbs of the small ones had been cooked for dinner, there was a great crash in the smoke-room, and the seal woman appeared in the form of a terrifying troll; she sniffed at the food in the troughs and cried the curse: ‘Here lie the head of my husband with his broad nostrils, the hand of Hárek and the foot of Fredrik! Now there shall be revenge, revenge on the men of Mikladalur, and some will die at sea and others fall from the mountain tops, until there be as many dead as can link hands all round the shores of the isle of Kalsoy!’
When she had pronounced these words, she vanished with a great crash of thunder and was never seen again. But still today, alas, it so happens from time to time that men from the village of Mikladalur get drowned at sea or fall from the tops of cliffs; it must therefore be feared that the number of victims is not yet great enough for all the dead to link hands around the whole perimeter of the isle of Kalsoy.’ 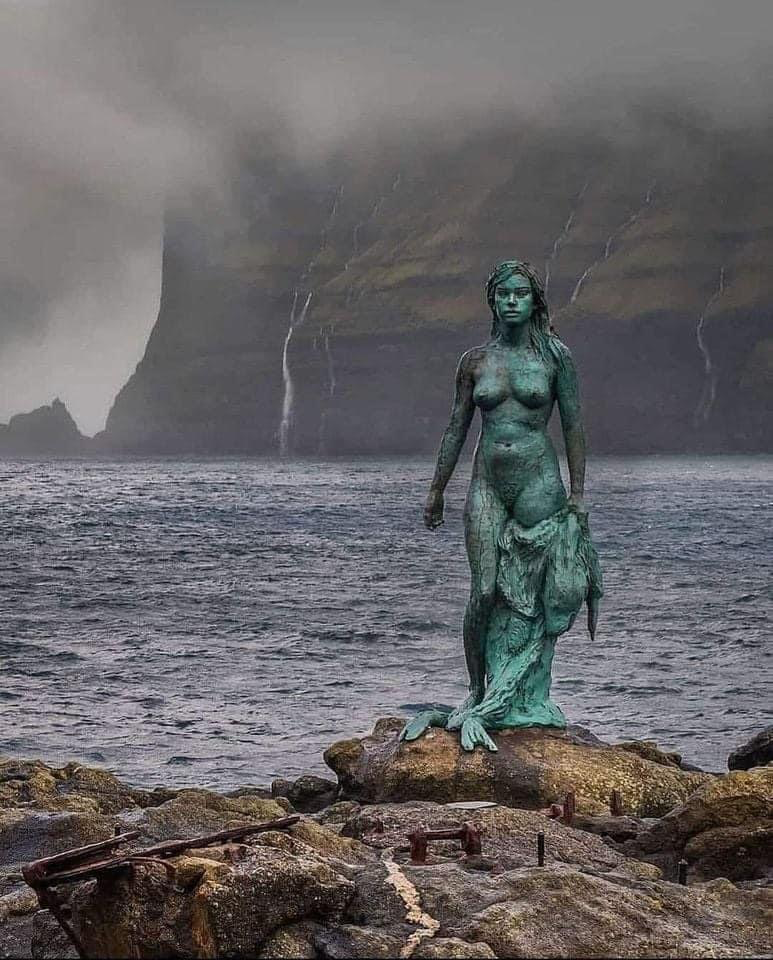 Thomas Fuller, an African sold into slavery in 1724 at the age of 14, was sometimes known as the “Virginia Calculator”

5 Things to Know about the Richest Person in History

December 6, 1803: Maria Josepha Amalia of Saxony, Queen of Spain, was born in Dresden to Prince Maximilian of Saxony and Princess Carolina of Parma.