The last day we had good governance in Tanzania, A year ago, 5th november, 2015

JK, a year ago, I said a sorrowful goodbye to you as you took a bow and handed the keys of Tanzania to Magufuli……the infamous “tax master”.

I celebrate you today, Dr. Kikwete, the Hero of Democracy in Tanzania, without your EXIT, Tanzanians wouldn’t have known what SUFFERING and SMILING is.

Without your exit, Tanzanians wouldn’t have known how UNCHANGEABLE CCM is.

Without your exit Tanzanians wouldn’t have believed that the change (Mabadiliko) agenda isn’t real. 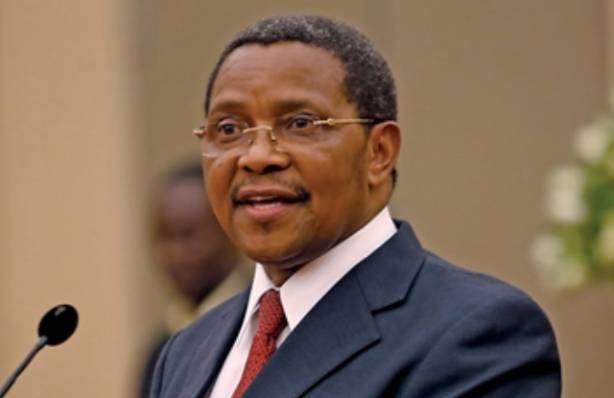 Without your exit, Tanzanians wouldn’t know that Magufuli is allergic to criticism. In leadership president Magufuli is taking a swipe at the media for criticizing his government. Criticism is the best help to any government. It put spotlight on your achilles heels before the arrow is shot. It tells you where the rocks are in your leadership voyage. It tells you how to please your fellow citizens, criticism drive service delivery. Only by been the underdog can you watch out and ensure nobody eat your lunch, you are presiding over the dissolution of our economy but remember three greatest enemies is inflation, unemployment and recession. If the truth be told, you won’t be able to sit for a week.

We are heading to have a long march recession growing strong and suck family income standard of living falling like 9-11 disaster. Inflation is on auto mode, which in itself is a regressive taxation. Double taxation everywhere to raise money for government, even the financial sectors are complaining that the new tax regime instead of profit killing the growth, property market is in coma and we haven’t seen any economic policy blueprint to give hope.

A year has passed: No job space created, more jobs lost, war on corruption turned into war against his political perceived enemies. And I wonder why the president keeps giving the impression that the country isn’t broke. I think the problem is not lack of funds but lack of qualified individuals in the government. I think we should be a lot wiser now asking questions. If any politician tells you he will create jobs ask him.

Anyone who goes about saying “Rome was not built in a day” but expects that Tanzania will become Rome in some years without opposition parties’ contribution is a complete disgrace to his/her generation; his/her hypocrisy deserves special intervention.

Without your exit, to be honest Tanzanians wouldn’t think that the bulk of the problem is that we have lived all our lives based on reaping where we did not sow because of our individual vote.

The BITTER TRUTH about the situation the poor innocent Tanzanians thanks to Magufuli led-government has succeeded in BASTARDISING THE ECONOMY which is almost nearly dead (going down). There is no more DEMOCRACY and this democracy we have ended as soon as a STYLISH and a SHAM of MABADILIKO begin with assumed duty as president last year November 5th 2015. Tanzania will not be the same, and will never be and can never be same. For some CCM members who think that there is hope or future in Tanzania, the answers in NO! Some guys should WAKE UP FROM THEIR SLUMBER and MENTAL SLAVERY and stop DECEIVING themselves or making a fool of out of themselves any longer, Magufuli in every of his action has CLEARLY shown how he CANT MOVE US with passion as he HATE critics more that he LOVES his blinded supporters. Guess what GOD will make a way for HIS people. Mind you all NO one stays in power forever.

The most humble, loving, caring and respectful president that Tanzania have had. A civilized modern democracy of you (JK) can never be compared to the present trash, rampaging dictatorship.

One year of IMPUNITY and celebration of ARROGANCE personalities….

One year of LIES and INTIMIDATION…..

One year of CONFUSION……

GOD BLESS YOU MY HERO

Double tax everywhere,traffic polices now are collecting 'tax' as a branch of TRA. Businesses are dying due to taxes and penalties. This selfish and exploitative government does not care about ordinary people and how they suffer as long as keep as it keeps its tax collection record high

darcity said:
Double tax everywhere,traffic polices now are collecting 'tax' as a branch of TRA. Businesses are dying due to taxes and penalties. This selfish and exploitative government does not care about ordinary people and how they suffer as long as keep as it keeps its tax collection record high
Click to expand...

I've no hope left with the reigning Government. I was in favor of the incumbent office bearer than his foe. In his 100 first day in the office, it was like wow !! God has given us his chosen angel. 101 plus day, everything is falling apart
P

It's better to die free than living as a slave
C

He is too dumb, i didn't bother to correct the fool..
C

"ONLY KNOW YOU LOVE HER WHEN YOU LET HER GO, ONLY KNOW YOU'VE BEEN HIGH WHEN YOU'RE FEELING LOW"