Angelou, who rose from poverty as child raised in St. Louis and Stamps, Ark., to become a cultural icon, gained widespread acclaim for her first book, her autobiography "I Know Why the Caged Bird Sings," making her one of the first African-American women to write a best-seller.


In 1998, she directed the film "Down in the Delta" about a drug-wrecked woman who returns to the home of her ancestors in the Mississippi Delta. She was the poet chosen to read at President Bill Clinton's first inauguration in 1993. She wrote and read an original composition, "On the Pulse of Morning," which became a million-seller.


Major League Baseball announced last week that Angelou would not attend its 2014 Beacon Awards Luncheon, where she was to be honored, due to health concerns. Angelou also canceled an event in April in Fayetteville, Ark., because of an "unexpected ailment" that sent her to the hospital.


"Dr. Angelou was a national treasure whose life and teachings inspired millions around the world, including countless students, faculty, and staff at Wake Forest, where she served as Reynolds Professor of American Studies since 1982," Wake Forest University said in a statement. "Our thoughts and prayers are with Dr. Angelou's family and friends during this difficult time."


Born Marguerite Johnson in St. Louis on April 4, 1928, Angelou was raised in Stamps, Ark., and San Francisco, moving back and forth between her parents and grandmother. She was reportedly sent to California after sassing a white store clerk in Arkansas and, at other times, did not speak at all. She was raped by her mother's boyfriend at age 7 and did not speak for years afterward, instead learning by reading and listening.


"I loved the poetry that was sung in the black church: 'Go down Moses, way down in Egypt's land,'" Angelou told The Associated Press. "It just seemed to me the most wonderful way of talking. And 'Deep River.' Ooh! Even now it can catch me. And then I started reading, really reading, at about 7 1/2, because a woman in my town took me to the library, a black school library. ... And I read every book, even if I didn't understand it."


By age 9, Angelou was writing poetry and became a single mother by 17. In her early 20s, she danced at a strip club, ran a brothel and married Enistasious Tosh Angelos (her first of three husbands) before divorcing. By her mid-20s, she performed alongside another future star - Phyllis Diller - at the Purple Onion in San Francisco. She also spent a few days with Billie Holiday, who was astute enough to tell her: "You're going to be famous. But it won't be for singing."
Click to expand... 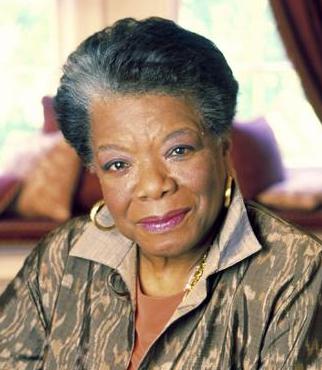 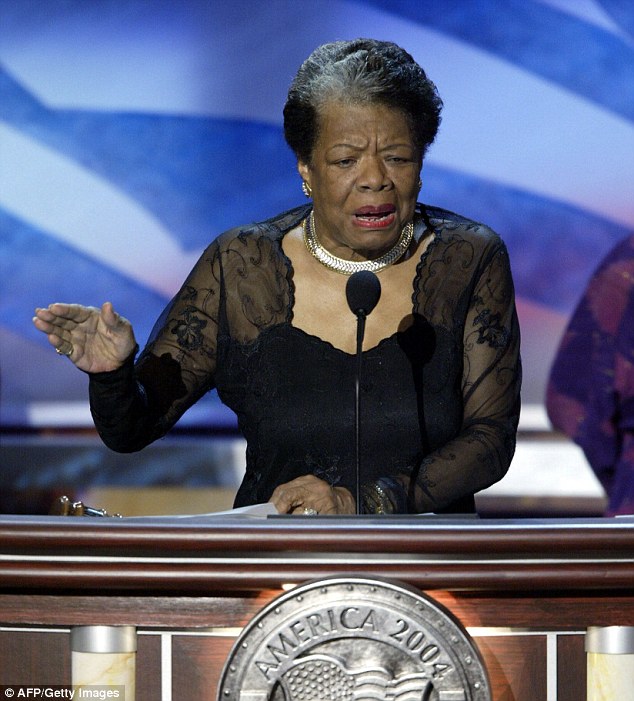 Some of her famous quotes..

"Courage is the most imporant of all virtues because
without courage you can't practise any of the other
virtues consistently."

"Life is not measured by the number of breaths you take
but by the moments that take your breath away."

"If you don't like something, change it. If you can't
change it, change your attitude. Don't complain."
"The first time someone shows you who they are, believe
them."

"I do not trust people who don't love themselves and yet
tell me, 'I love you.' There is an African saying which is:
Be careful when a Unclad person offers you a shirt."

"We are only as blind as we want to be."

"You can only become truly accomplished at something
you love. Don't make money your goal. Instead pursue the
things you love doing and then do them so well that
people can't take their eyes off of you."

"When you know better you do better."

"You may not control all the events that happen to you,
but you can decide not to be reduced by them."

'When You Know Better,You Do Better'
This was a great lesson she gave Oprah and the rest of us...
R.I.P Maya

"Try to be a rainbow in someone clouds "-I will miss her poetry,her visionary side..You will be missed Maya,May her Soul rest in piece,indeed you will be remembered in years and years!

You are going to be famous..but it wont be for singing.....

"If you don't like something, change it. If you can't change it, change your attitude. Don't complain."

Kwa kweli I am still mourning. She was my mentor and i was reading her every morning. i still will have a cup of coffee every morning with her beautifully created intelligent mind

r.i.p
You must log in or register to reply here.