Kenyans jailed in Tanzania will have a temporary reprieve after successful talks between Kenya and Tanzania to exchange prisoners.

Dan Kazungu, Kenya's High Commissioner to Tanzania has confirmed that the exchange deal will see Kenyan citizens jailed in Tanzania transferred to Kenyan jails to finish their sentences there.

In the exchange, Kenya will also release all Tanzanian inmates in Kenyan jails , in a move that is credited to the outstanding relationship between Kenya and Tanzania.

The exchange deal is seen to fulfill President Kenyatta's decree that no Kenyan should be jailed in a foreign country, and that all Kenyans found to have broken the law in other countries be expatriated into the country to serve and finish their sentences there.
Kazungu reiterated his commitment to see the deal through, adding that he has the President's backing on the matter.

"Kenya and Tanzania have enjoyed cordial relationships and we are working to actualize the plan," stated Kazungu.


The talks with Tanzania are timely as there have been several cases involving Kenyan prisoners being unfairly treated in foreign countries, and consequently being denied justice in court, with reports showing that most of Kenyans serving time in foreign prisons are in China.

When this exchange is actualized, Kenyans jailed in Tanzania will have their jail term re-evaluated to fit with Kenyan legal parameters and provisions suitable for the crimes they were jailed for.

Kazungu argued that it was paramount to protect Kenyan prisoners as they deserve an equal hand in the rule of law, and that they would have a better chance at that in Kenya.

He went on to refer to previous cases of Kenyan prisoners being tortured in foreign countries, and some meeting their deaths at the hand of countries that have no regard for the administration of justice.

The Commissioner added that the recent visit by Tanzanian President Samia Sulu , also contributed to advanced dialogues in a bid to expatriate the Kenyan prisoners in Tanzanian jails, adding that Kenya-Tanzania relations continue to blossom. 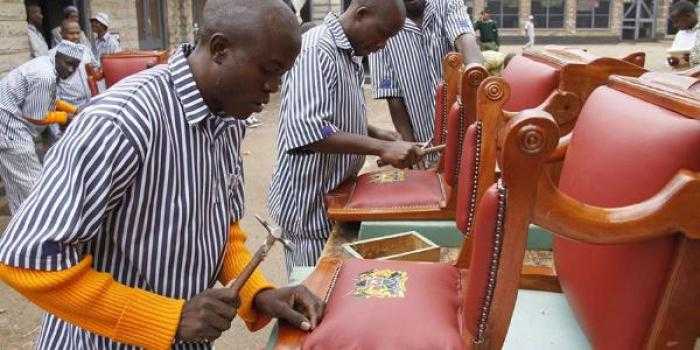 Kenyan prisoners in Tanzanian jails will finish their terms at home, as new deal to expatriate them into the country is made.

Samia is the face of the war between MATAGA wing and the kikwete wing of CCM. literally every decision she is making is bringing back the kikwete agenda save for a few magufuli projects

Some the moves/decisions she's making are too bold which negatively affects the magufuli/nationalistic people. Which means for her to make those decisions she'd have to get the backing of the kikwete/progressive wing of the party.

Tanzania now catches up with Kenya in infrastructure projects
2

Aug 21, 2021
Babaguy
B
Tanzania exceeds it's export to Kenya than it's imports
2