THE GUY IS SO MODEST


In his faded coat, tinted prescription glasses and scuffed shoes, he looks like just another pensioner scraping by on a tight budget.

But the man pictured here is Ingvar Kamprad, the reclusive Swedish founder of Ikea. And he is worth £15.7billion.

That makes him the world's seventh richest man, but the 81-year-old admits he is still "a bit tight" with money.

He takes easyJet flights, drives himself around in a 15-year-old Volvo, and has furnished his modest house almost entirely with Ikea items - which he assembled himself.

He boasted that he fired his barber of many years' standing after finding another who would cut his hair for only £6. 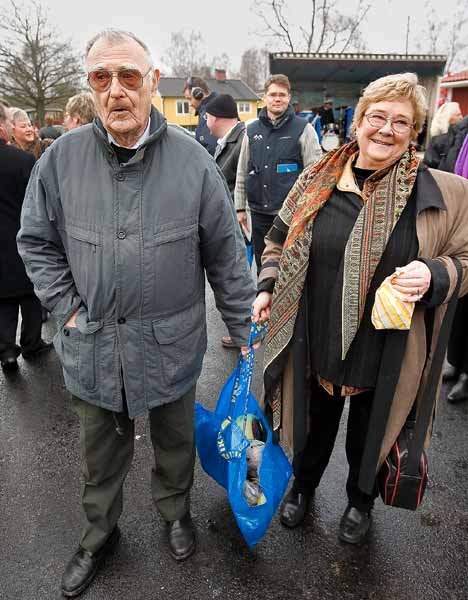 Self-made man: Ingvar Kamprad with wife Margaretha
And when he arrived at a gala evening recently to collect a businessman of the year award, the security guards refused to let him in because they saw him getting off a bus when he arrived.

A former Nazi sympathiser in the years immediately following the Second World War, he is a self-confessed alcoholic who admits he has an ongoing problem with drink.

But he says he has it under control and adds that he "dries out" three times a year.

His eagerness to save money extends to his visits to London, when he shuns taxis and prefers to use the Tube or buses. 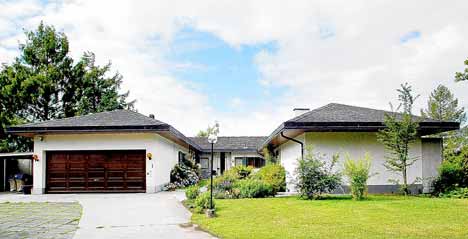 A simple life: Mr Kamprad's Swiss home, furnished almost entirely with items from Ikea
He now lives in semi-retirement with his wife Margaretha in a villa in Switzerland. The couple are often seen dining out in cheap restaurants and haggling over prices in the market.

He always does his food shopping in the afternoon, when the prices in his local market start to fall.

Recently, a statue of him was erected in his Swedish home town, and he was invited to cut the ribbon.

It was reported that instead he untied it, folded it neatly and handed it to the mayor, telling him he could now use it again.

Explaining his frugal nature, he said: "I am a bit tight with money, a sort of Swedish Scotsman. But so what?

"If I start to acquire luxurious things then this will only incite others to follow suit. It's important that leaders set an example.

"I look at the money I'm about to spend on myself and ask if Ikea's customers could afford it.

"From time to time I like to buy a nice shirt and cravat - and eat Swedish fish roe."

The name came from his initials, IK, with an E for Elmtaryd, the family farm where he grew up, and an A for Agunnaryd, his home village.

He came up with the idea of flat-packed furniture when he was trying to fit a table into the boot of his car - a friend suggested he should take the legs off, and the rest is history.

He opened his first store in 1965, only to see the wind smash the neon sign and cause a fire which burned the place down.

From that inauspicious beginning-Ikea has grown from a village-based mail order business to a multinational empire with a turnover of nearly £9billion a year.

It is 21 years since Ikea opened its first British store, in Warrington, Cheshire, taking the furniture business by storm and bringing the joys - and frustrations - of the flatpack to countless homes.

It has been claimed that more people read the Ikea catalogue than the Bible - and that one in ten Europeans have been conceived on an Ikea bed.

The company is now run jointly by Mr Kamprad's three sons Peter, 44, Jonas, 41, and Matthias, 39, because their father does not want any one person to have total control.

He should employ our experienced and Havard trained lawyer, Mr. Chenge, as one of his managers, and revisit his balance sheet after a year.

Kubwajinga said:
He should employ our experienced and Havard trained lawyer, Mr. Chenge, as one of his managers, and revisit his balance sheet after a year.
Click to expand...

Kubwajinga said:
He should employ our experienced and Havard trained lawyer, Mr. Chenge, as one of his managers, and revisit his balance sheet after a year.
Click to expand...

Superstition is a religion of the feeble minds!