Shoddy Chinese first-class roads in Kenya to be scrutinised

In Summary
• Senators have called for an audit of all the infrastructure projects undertaken by President Uhuru Kenyatta’s Jubilee administration since the 2014-15 financial year.

• Kitui Senator Enock Wambua said that some projects in his county have either stalled or are incomplete because proper feasibility studies were not done. 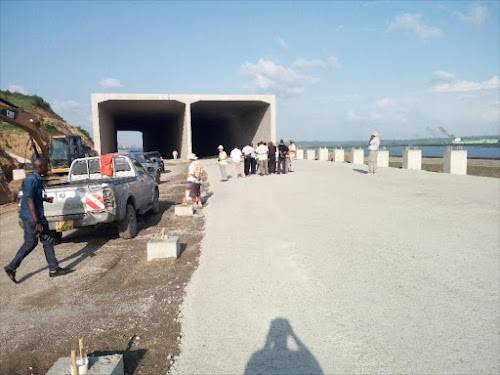 Part of the Dongo Kundu project that links the Mombasa port with the the bypass.
Image: FILE​
Senators have said laxity by the Transport ministry in supervising contractors of roads works is resulting into substandard infrastructure.

The senators criticised the agencies after it emerged that the Sh28 billion Dongo Kundu bypass in Mombasa has started deteriorating.

Potholes have also developed, leading to the closure of some sections of the road, less than two years after the project was completed.

They are calling for an audit of all the infrastructure projects undertaken by President Uhuru Kenyatta’s Jubilee administration since the 2014-15 financial year.

“When you look at the issue of most of the projects that have been undertaken in the country, there has been inadequate oversight by the relevant agencies,” Nandi Senator Samson Cherargei said.

“It is sad that the cowboy contractors that were famous in the yesteryears are now on the loose.”

Cherargei said Kenha, which responsible for the development, rehabilitation, management and maintenance of all national trunk roads has not been maintaining them.

In Nandi county, for example, the senator cited the road between Mberere-Kopele in Kisumu county and Timboroa which he claimed is substandard.

“The road from Rivatex to Kapkatembu has been done in a substandard manner. The road from Cheptiret to Moi University is being washed away by floods because of the substandard work,” he said.

“There is danger in Chemuswa. All the roads have been done poorly in a mitumba way, yet we have Kerra which is supposed to be an oversight authority.”

Cherargei said the contractor has been doing substandard work for many years, yet Kenha has been sleeping on the job.

He asked the Senate Committee on Roads and Transportation to order an audit and censure Kenha and Kerra for the lack of supervision and oversight of the roads being constructed in the country.

Kitui Senator Enock Wambua said that some projects in his county have either stalled or are incomplete because proper feasibility studies were not carried out before the construction commenced.

Wambua said it would serve the country better if proper feasibility studies are carried out before construction starts so that Kenyans get value for that money.

Wambua noted that as the national government is undertaking critical infrastructure projects, especially roads across the country, it is not enough to construct them without doing a good job.

“It is appalling to hear that less than two years after billions of shillings were sunk into it, it has cracks and landslides are blocking some sections of it,” he said of the Dongo Kundu bypass.

Machakos Senator Boniface Kabaka apportioned blame on Kenyan civil, structural and mechanical engineers, whom he said issue certification for completion of the roads.

Senator Kabaka has also proposed that the Penal Code be amended so that criminal liability be preferred against the errant engineers and other professionals.

“They will not only be surcharged but also face a stiff penalty of even 50 years [imprisonment] and above. This is very serious and billions of Kenyan taxpayers’ money has been spent to put up roads,” he said.

NEWS
Please KURA, Did Kenyans Get Value For Money In The Ksh3 Billion Waiyaki Way-Red Hill Road?
by 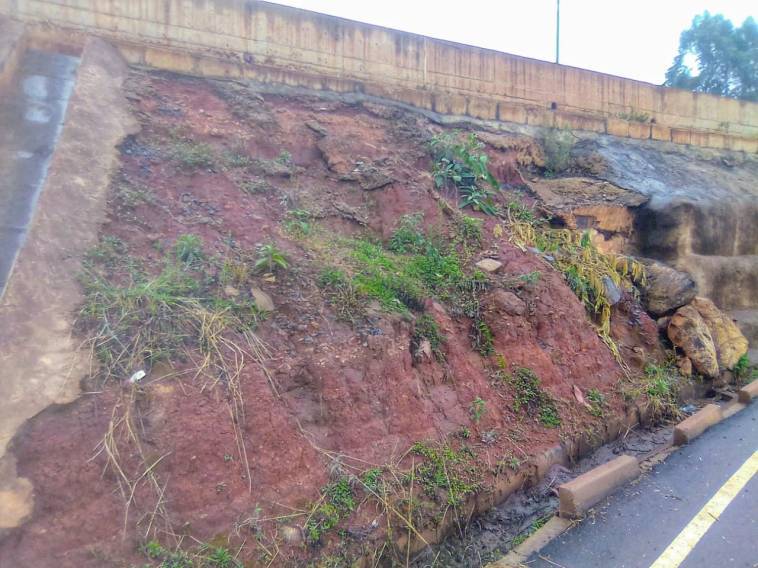 Repairs were done but eight months later, the situation is not any better, with sections of the road now posing a public risk to motorists.


Photos shared online show that sections of the wall have been washed away by rainwater while on other parts rocks and debris hang dangerously on the sides. 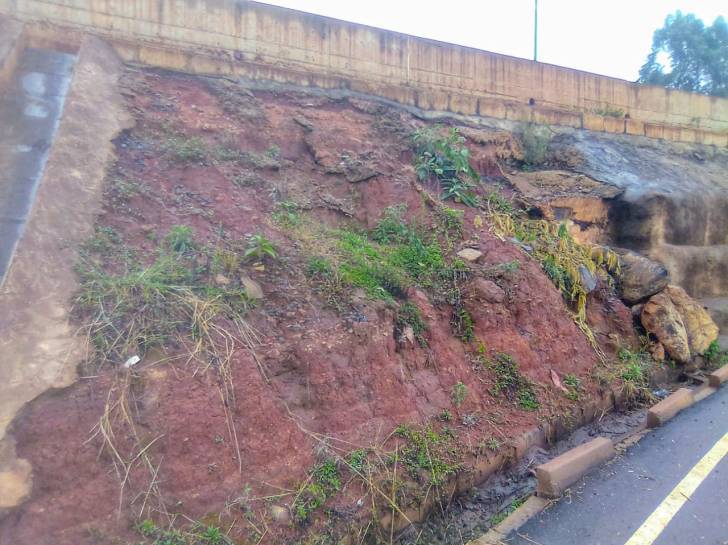 The link was constructed by a Chinese company China Wu Yi Co. Ltd at a tune of Ksh3 billion. The project was completed in 2019 and is barely a year old since it was opened to the public.

“The construction was funded by the Government of Kenya at a cost of Ksh3.01 billion and implemented by China Wu Yi with APEC Consortium undertaking supervisory and consultancy services. Scope of works include; walkways, bridges, culverts, overpasses, underpasses, drainage works, street lightings, landscaping and slope protection works,” KURA posted on their website.

However, the walkways, bridges, culverts, overpasses, underpasses, drainage works are in a sorry state, depicting shoddy works done by the company. The walls were built using blocks that on normal occasions are used to build houses. 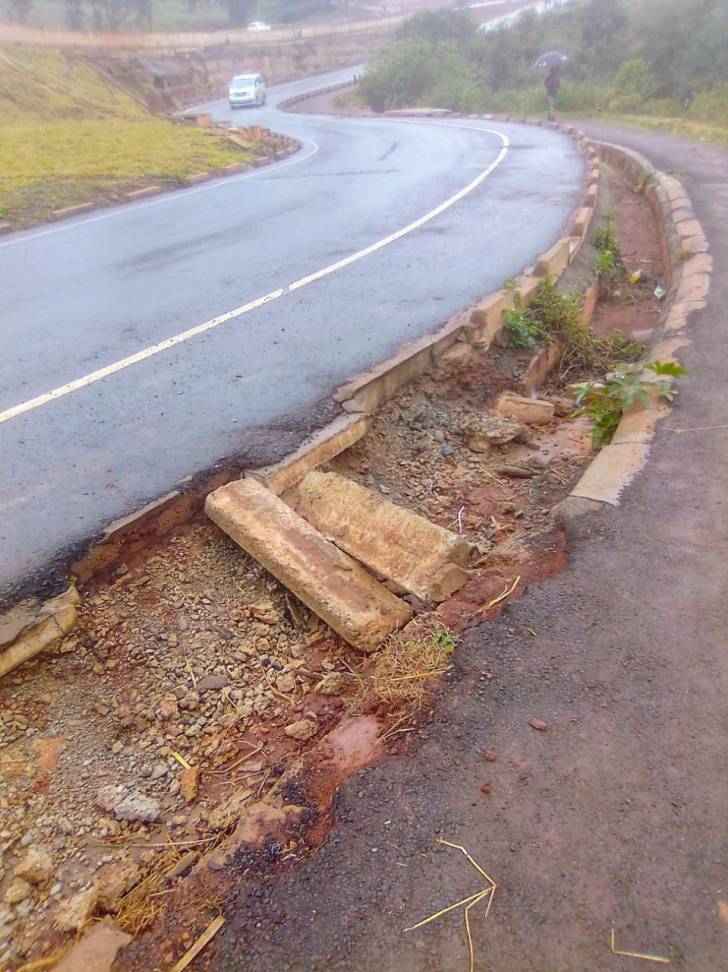 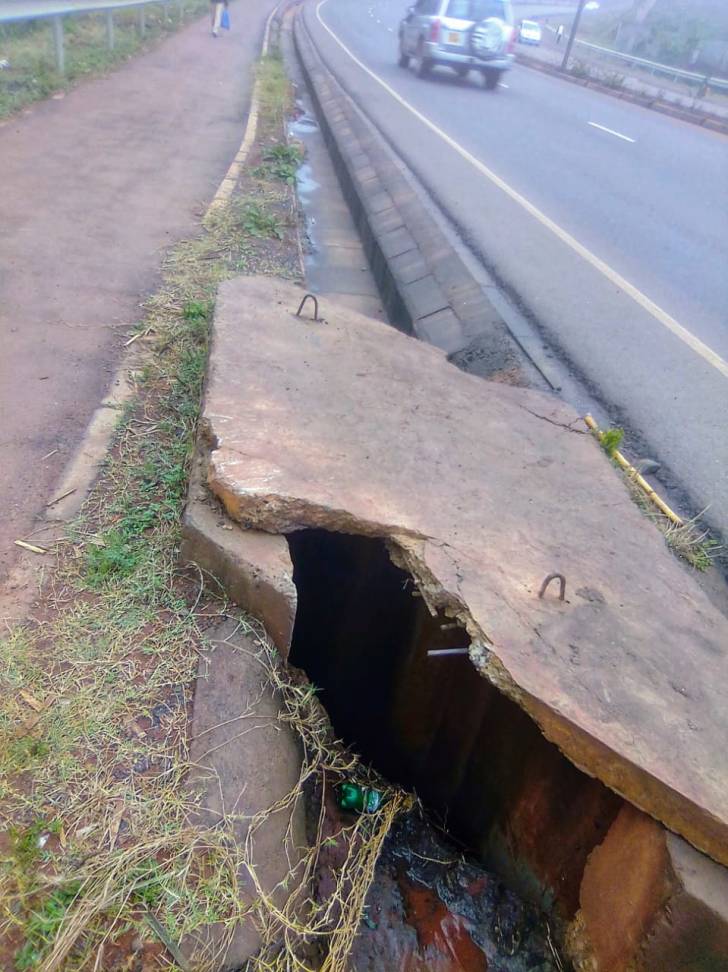 According to regular users of the link, part of the ground has started sinking since no reinforcement was done to ensure the road remained firm on the overpasses.

“Meanwhile, across the highway, erosion has already started eating away at the bricks above the retaining wall. Soon enough, the bricks will start pummeling the Mercedes and Land Cruisers below,” said a Twitter user using the account @IanEcox. 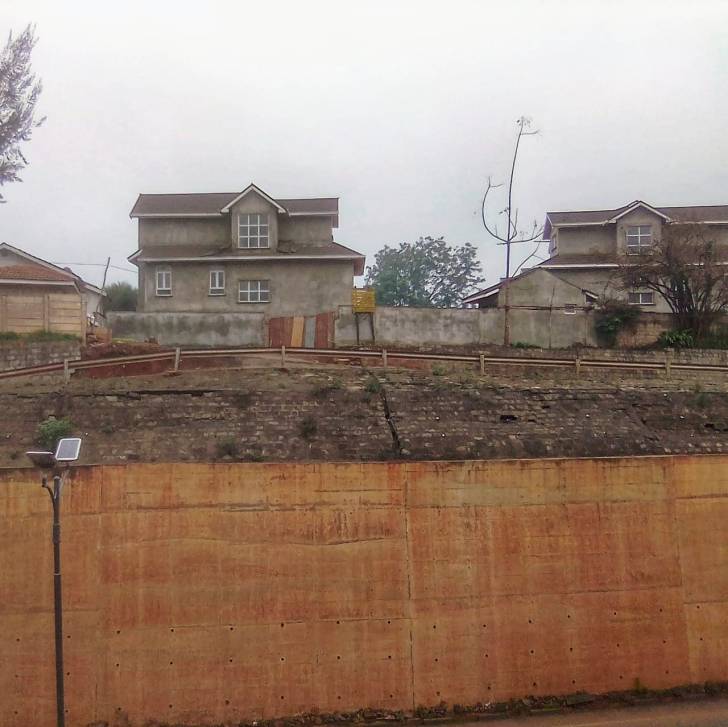 “The entire project is riddled with sub-par construction, but as usual the pedestrians and cyclists are an afterthought. Retaining walls never built or half-completed leading to erosion over the path. Potholes already appearing. Kenyans deserve better quality for their money,” he adds. 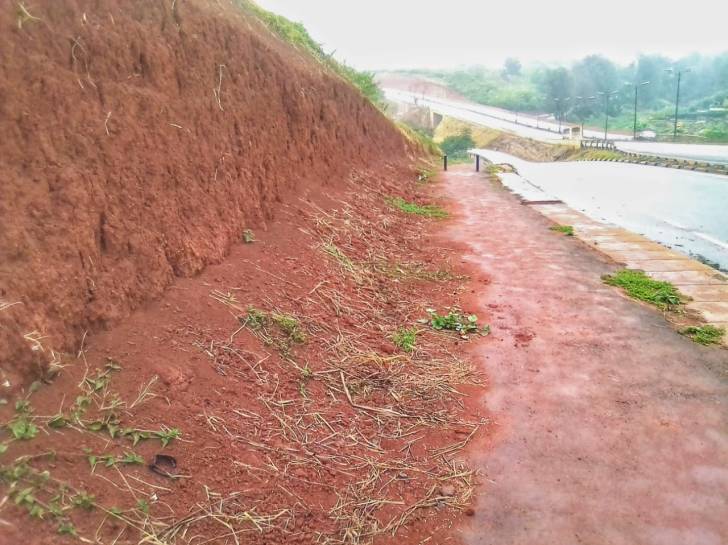 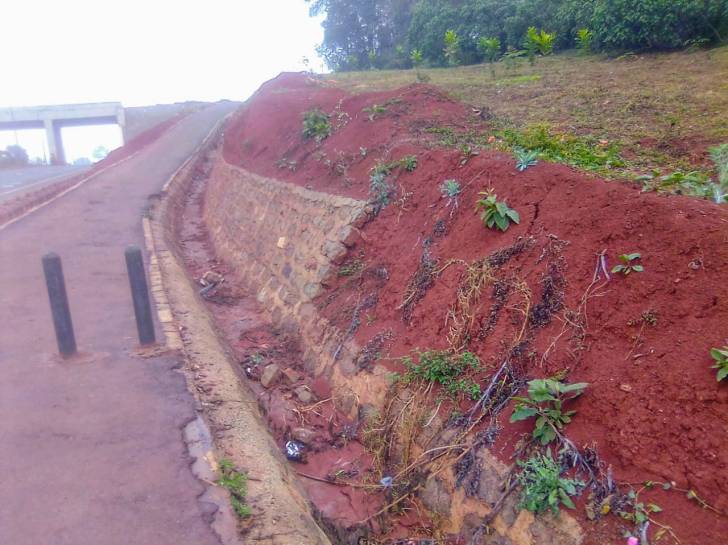 Please KURA, Did Kenyans Get Value For Money In The Ksh3 Billion Waiyaki Way-Red Hill Road?

Kenha sasa hivi haicheki nao, unapelekwa kotini na kupigwa faini and being banned from tenders
You must log in or register to reply here.

Top African Nations with the most Chinese debts.
2 3

Another "first class" by the Chinese, this time Waiyaki Way-Red Hill Road