Saudi Arabia, the world’s largest oil exporter, more than doubled the amount of Russian fuel oil it imported in the second quarter to feed power stations to meet summer cooling demand and free up the kingdom’s own crude for export, data showed and traders said.

Russia has been selling fuel at discounted prices after international sanctions over its invasion of Ukraine left it with fewer buyers. Moscow calls the war in Ukraine a “special military operation”.

The increased sales of fuel oil, used in power generation, to Saudi Arabia show the challenge that US President Joe Biden faces as his administration seeks to isolate Russia and cut its energy export revenues.

While many countries have banned or discouraged purchases from Russia, China, India and several African and Middle Eastern nations have increased imports.

Biden is due to visit Saudi Arabia later this week, when he is expected to seek an increase in oil supply to global markets from the kingdom to help lower oil prices that have aggravated inflation worldwide.

There is little spare capacity for Saudi and others to increase production in the short term. Saudi Arabia has also maintained its cooperation with Russia in the alliance of global producers known as OPEC+. The two are the de facto leaders of respectively OPEC and non-OPEC producers in that group.
Estonia helps the Russian exports?

Data obtained by Reuters through Refinitiv Eikon ship tracking showed Saudi Arabia imported 647,000 tonnes (48,000 barrels per day) of fuel oil from Russia via Russian and Estonian ports in April-June this year. That was up from 320,000 tonnes in the same period a year ago.

Saudi Arabian and Russian energy ministries declined to comment on the increased imports.

Saudi Arabia has for several years imported Russian fuel oil, which can reduce its need to refine crude for products and cut the amount of oil it needs to burn for power, leaving it with more unrefined crude to sell on international markets at higher prices.

The kingdom turns to oil to meet power needs, which typically peak as demand for cooling rises with summer temperatures. Some Saudi cities are far from natural gas fields that could provide cleaner fuel for power generation.

The volume of crude burnt is about 600,000 bpd in summer months and 300,000 bpd in winter months, figures from the Joint Organisations Data Initiative (JODI) show. Increased use of natural gas has reduced the amount from as much as 1 million bpd in 2010.
Hub in Fujairah

Fujairah has received 1.17 million tonnes of Russian fuel oil so far this year, according to ship tracking, compared with 0.9 million in the same period last year.

An extra 0.9 million could be delivered to Fujairah in July alone, according to shiptracking, bringing the total to 2.1 million so far this year, exceeding the 1.64 million tonnes for the whole of 2021.

Much of the fuel oil in Fujairah is sold there as fuel for ships, but some of it is shipped to neighbouring countries. It is unclear how much additional Russian fuel is flowing to Saudi Arabia via Fujairah.

Saudi has expanded its refining capacity to 3.6 million bpd from 2.9 million in 2017.

Its refining utilisation rates stood at 70%-73% in April-June this year, despite output rising to above 10 million bpd.

This compares with 75%-95% in the same periods of 2017-2019, the last time its production was not severely reduced by output cuts by the Organization of Petroleum Exporting Countries and allies (OPEC+). 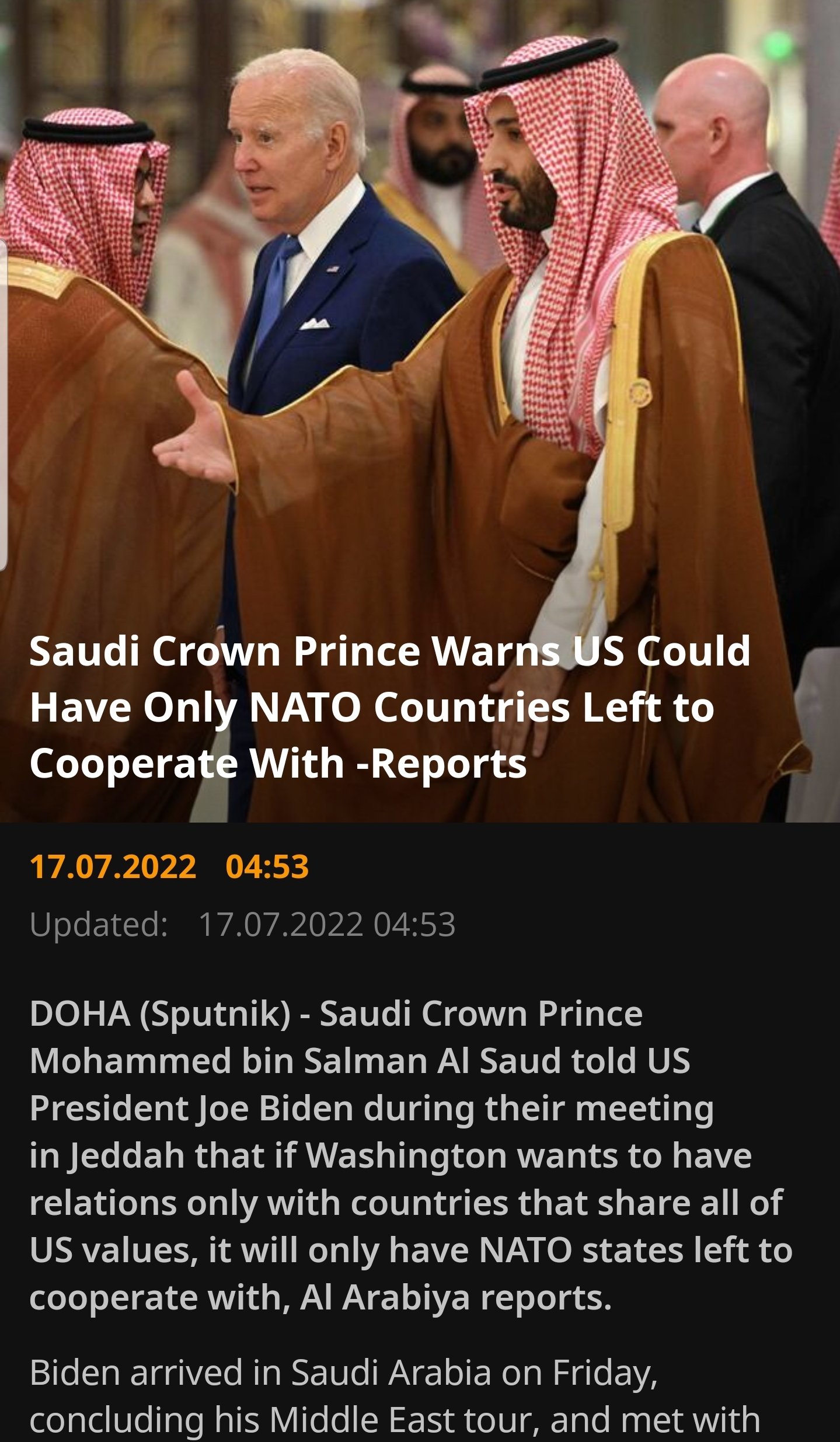 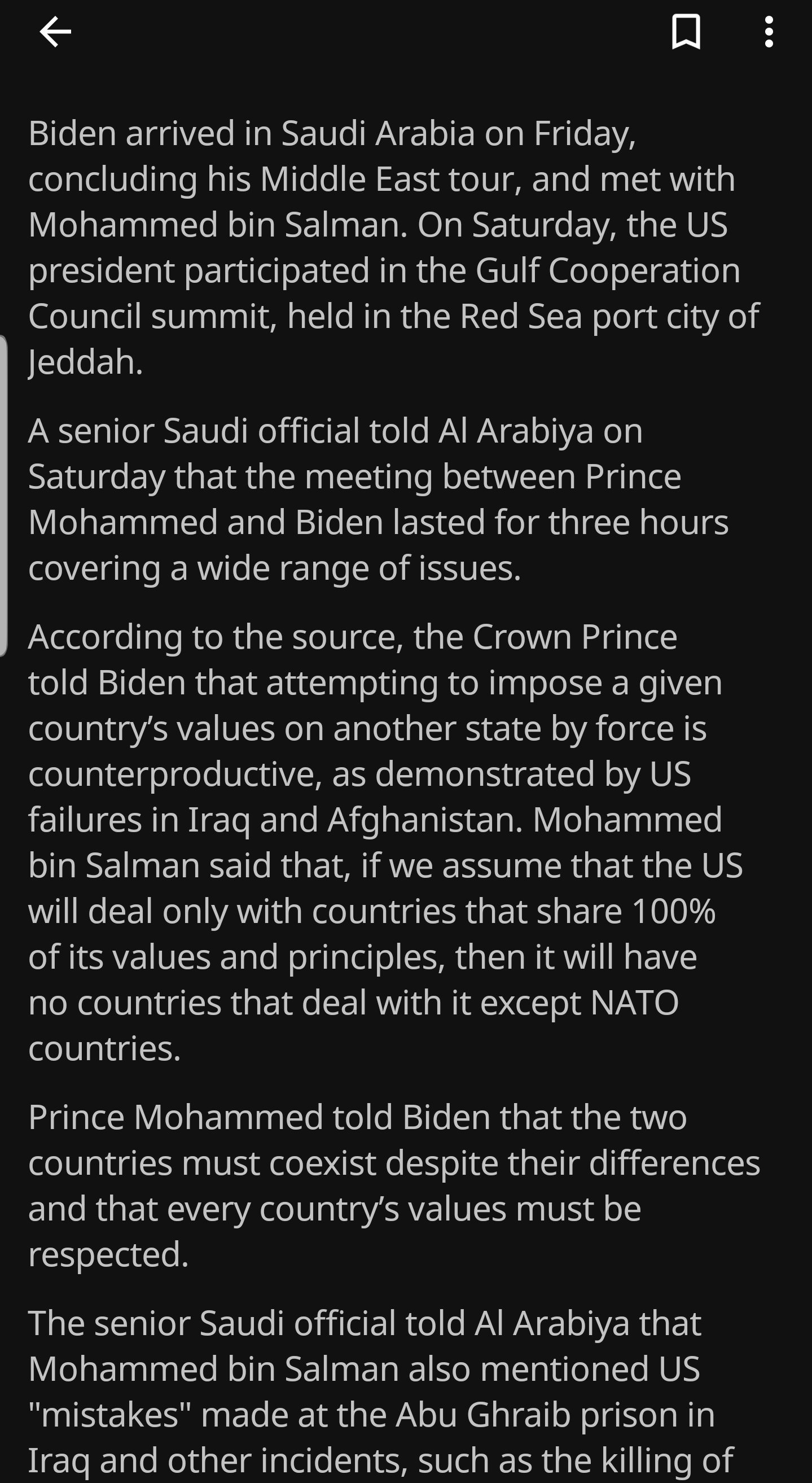 Ni America ndiye ananunua wese lote hilo, the bright US do that.