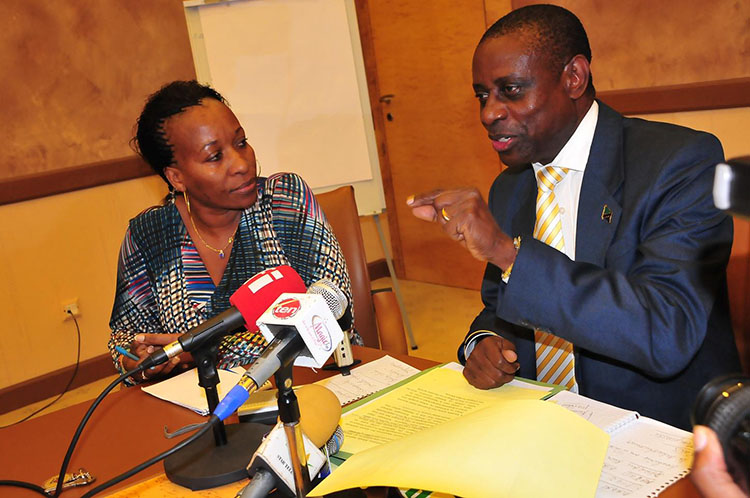 I depart the State House a Happy Man - Salva

One of the most admirable attributes of this digital age sweeping our lives, is the capacity it has created for would be volunteers, who are in no way in shortage, in our society, to create and disseminate discriminatory information regarding other people.

A good example is the nonsense information that has been doing the rounds in the last few hours about my departure, or imminent departure, from my position as the Presidential Communications Director at the State House.

The truth of the matter is that during my eight plus years at the State House, I have signed numerous contracts, the last of which expired on September 11, this year, 2015 and it was renewed for a further 62 days.

The end of this contract, as far as I am concerned, is Tuesday, November 10, this year 2015. I will officially hand over office tomorrow, Monday, Tuesday 9, 2015 to Ms. Premi Kibanga, my very able assistant for all those years. In fact today, Sunday, I was clearing my office and preparing my handover notes.

I leave the State House a very happy person and I would like to thank President Dr. John Pombe Joseph Magufuli and the 4th President of our country HE Jakaya Mrisho Kikwete for their trust in my capacity to be their assistant and the opportunity they gave me to serve our people and our country at this level.

I would also like to thank all the State House staff under the leadership of, first Chief Secretary Philomen Luhanjo and now Ambassador Ombeni Yohana Sefue, for their unwavering support over all these years. They have been exceptional.

Finally, I owe huge gratitude to my friends and colleagues in the media. Their invaluable support over the years has been the pillar and strength of my work at the State House during the Kikwete Administration. I thank you all.

Kapumzike kaka, all the blessings...
T