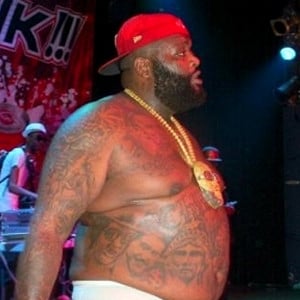 Despite constant denials from rapper Rick Ross, details have emerged proving the entertainer worked as a corrections officer in the mid-90s.

According to TheSmokingGun.com, Department of Corrections records have been released showing the rapper (born William Leonard Roberts) worked as a prison guard for 18 months beginning in December 1995. Provided by DoC spokesperson Jo Ellyn Rackleff, Ross personal information including his Social Security number was verified and proved his employment.

Further details show he graduated from the DoC training academy where he was later assigned to the South Florida Reception Center in Dade County before leaving in June 1997. The facility is allegedly one of the three statewide locations which intakes new prisoners. He reportedly was earning a salary of $25,794.34 upon his departure.

When previously asked in a YouTube video if he had ever worked in a prison after being called out by fellow Miami rapper Trick Daddy, Ross responded No, thats not true.

His time is up.....dunno how he can top this!!!!
Jamaa juzi tu alikataa kuwa bwana jela(mnyampara) haah haah LMAOF. I knew that ish was not photo o/b....what a shame.

Nyani Ngabu,
I saw that clip of Lollipop boy(wayne) was fun as hell...LOL. Them Crips bwoys wasn't playin' yo. Wayne stay put in the truck....haaaah haaaa funny ish though.
they call em' "Studio gangstaz"

HannibaL said:
His time is up.....dunno how he can top this!!!!
Jamaa juzi tu alikataa kuwa bwana jela(mnyampara) haah haah LMAOF. I knew that ish was not photo o/b....what a shame.

Nyani Ngabu,
I saw that clip of Lollipop boy(wayne) was fun as hell...LOL. Them Crips bwoys wasn't playin' yo. Wayne stay put in the truck....haaaah haaaa funny ish though.
they call em' "Studio gangstaz"
Click to expand...

I know, right?....
I think the problem with hip-hop now is that there are too many fakers.

Chech that out the "Boss" doing the security gig on the segwag.

With all the recent news about Rick Ross used to be a prison guard, MTV News asked a few MCs if this created a rift between Ross and his fans that can't be patched up?

"I think real n---as won't think so," the Clipse's Malice said when asked if this episode will hurt Ross' credibility. "That don't mean what he's talking about [in his rhymes] ain't true. The thing I wish is he came clean, if in fact that is him [in the photos]. 'Cause you ain't gotta make no excuses for whatever you did. You might have thought differently at one point in time. I don't think that should discredit that man."

"I'm not even going to go that far into it," said Mal's brother, Pusha T. "I don't know what it's gonna do to him, what it can or what it should do to him. I know the hip-hop community has given passes for much [worse]."

Fabolous also weighed in:
"I don't know if it will really hurt him," Fab said. "As an artist, I think Rick Ross makes great music. He's always shown me love and respect whenever I met him. Everybody has a past. I don't know if [being a prison guard] is his past or not. That's not my place to say. I think if he continues to do what he does, sweep all that garbage under the rug  you know what? That's success. That's success taking a shot back at him. All of a sudden past pictures come up. He should just keep doing what he do."

Maino's response was different:
"I'm disappointed. I'm really disappointed. I pride myself on being 100 percent who I am. If I went to college and had a job before, I would just say that. ... Him, in my opinion, I just think he should have just addressed it. ... 'Look, man. I was 19. It was a part of my life. ... I got to the coke later.'

"I don't have a problem with what he was doing before the rap game," Maino added. "That ain't my beef with him. The thing is, he was denying he was doing it. He said [the pictures] was Photoshopped and wasn't real." 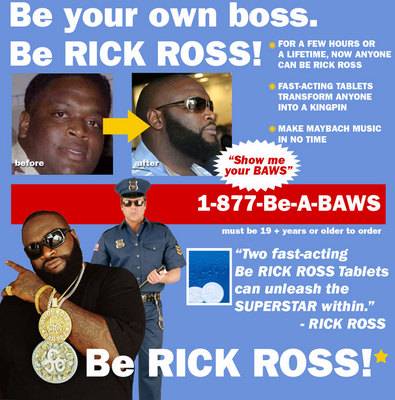 Nyani Ngabu said:
I know, right?....
I think the problem with hip-hop now is that there are too many fakers.
Click to expand...

Before Rick Ross vehemently denied any accusations as to him being a Correctional Officer. Now it appears after all of the negative feedback from the Hip-Hop community "The Boss" has decided to let everyone in on his past.

In the latest issue of Don Diva Magazine, Ross goes all in.

Yes, it's me," Ross tells Don Diva. "I never tried to hide my past. I put my name inside my CDs. My company has my [Social Security number]. I could've put a company name...I done been up and I done been down and that's what makes me what I am. I never ratted on a nigga. I never prosecuted a nigga. I never locked up a nigga, that's first and foremost. I always felt that me being the nigga that I am, I never owed a nigga an explanation. When I'm making my music and I'm talking about blow, it's because I did it. When I say that I'm rich off cocaine, it's because I did it. Those are the street principals that apply."
You must log in or register to reply here.