Some of the Kenyans who were evacuated from South Sudan on July 16, 2016 pictured arriving in the country at the Jomo Kenyatta International Airport

Kenya Red Cross says the government has evacuated 796 Kenyans from the troubled South Sudan, a process that has no ended.

A statement sent to newsrooms last evening indicated that the Kenyans were brought in the country in eight planeloads since Saturday when the operation began.

On Saturday, three chartered flights brought in 296 individuals followed by another group of 200 ferried on two flights on Sunday.

On Monday, two other flights brought in 200 Kenyans while another government chartered plane airlifted 100 more on Tuesday.

Kenya Red Cross has been receiving returnees since Saturday at the Jomo Kenyatta International Airport. 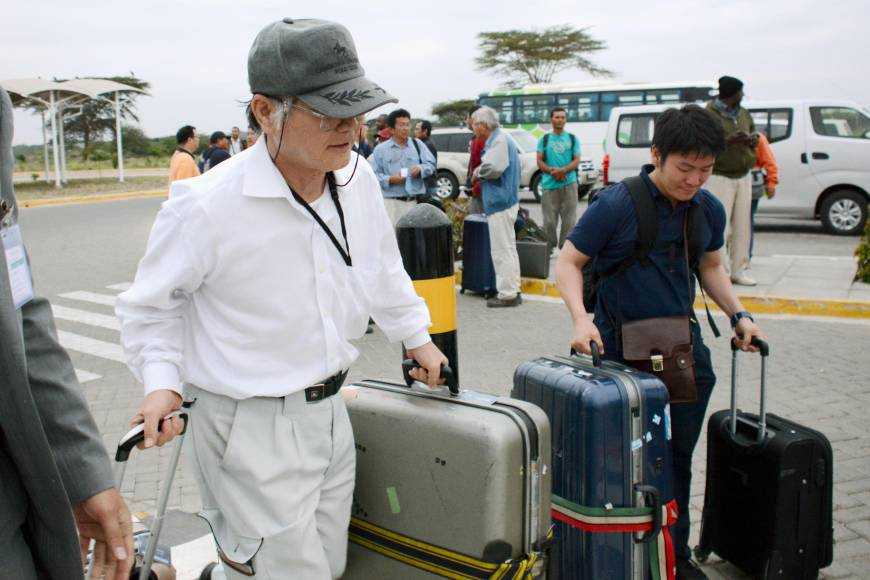 NAIROBI – Japanese aid workers were evacuated from South Sudan to Nairobi aboard a chartered aircraft on Wednesday after a surge of violence in the country, an official of the Japanese Embassy in Nairobi said.

Forty-seven Japanese nationals arrived in the Kenyan capital aboard the plane on Wednesday afternoon after leaving Juba, the Foreign Ministry said in Tokyo. A ministry official said all those working on Japan International Cooperation Agency programs have now left South Sudan.

“I am relieved that everyone was able to evacuate safely,” Mitsuaki Furukawa, head of JICA’s South Sudan office, said at an airport in Nairobi.

The ministry said around 20 Japanese nationals, including embassy officials and personnel with international organizations, remain in South Sudan.

The plane is also believed to have also transported some non-Japanese nationals involved in Japanese aid programs. The Foreign Ministry said a total of 93 people involved in the aid programs reached Nairobi.

Japan’s Defense Ministry will assess the situation on the ground in South Sudan before deciding whether to send in the C-130s to bring out the remaining Japanese.

The situation is reported to have eased since the two leaders ordered a cessation of hostilities earlier this week.