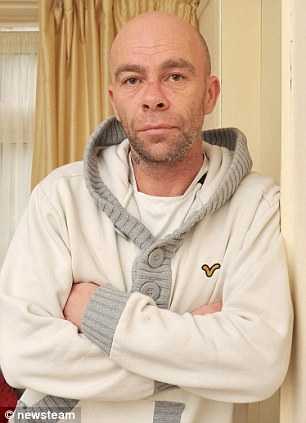 Cleared: Rap fan Christopher Jones was not convicted of racism after he shouted the word n***** towards a black man

A rap-mad music fan who shouted n***** at a black man has walked free from court after magistrates agreed he had just been using 'street slang'.

Christopher Jones was arrested after he was overheard aiming the offensive word at a group of men in Stoke-on-Trent, Staffordshire, on September 10.
But the sign-writer claimed he couldnt be racist because he listened to hip-hop music, had 'more black friends than white friends' and this is what he called everyone.

Police charged him with using racially-aggravated words or behaviour and Jones was hauled before magistrates last week.

And he was cleared of racist abuse after successfully arguing that he regularly uses the word n****r as 'a term of endearment' on the streets around his home.

North Staffordshire Magistrates ruled he had used the phrase without hostility - and dismissed the case.

'We find the language used alleged by the prosecution, but he did not use it to demonstrate hostility towards a group - but used it in parlance,' the chair of the bench said.

'We do not find the defendant guilty.'
Defending, Rob Holt QC said the word had crept into the English language and is frequently used on the estate where he is from.

'This word has crept into the English language and is used on a regular basis,' he said.

'His use of the word is popular culture.

'He is of the opinion he simply addressed these people as he addresses them in daily speak.' 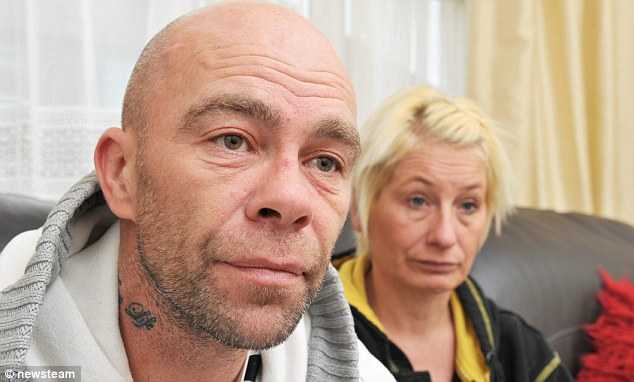 Plea: Christopher and his wife Andrea both want the public to know he is not racist and says he uses the phrase as a 'term of endearment' 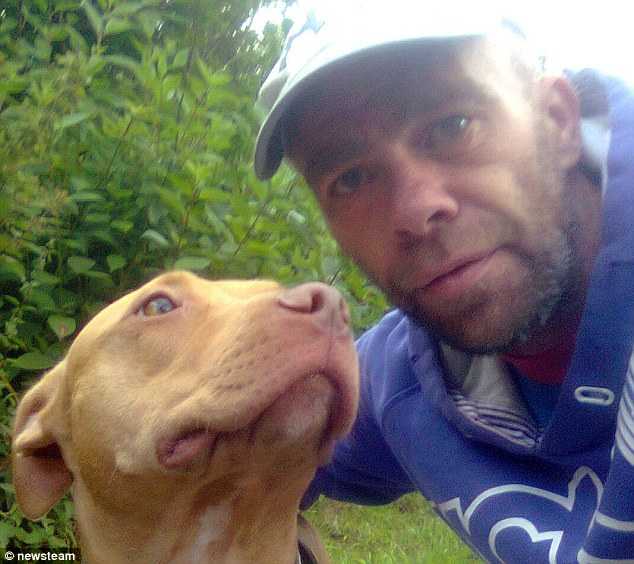 Parlance: Christopher, pictured with his dog, successfully argued he had 'more black friends than white friends' and was not a racist

Speaking for the first time since the case Mr Jones insisted he was not a racist. 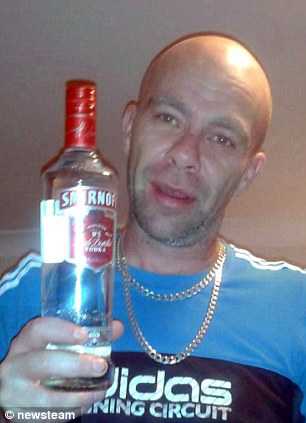 Mr Jones, who describes himself on his Facebook page as a chief tokin futha mucka said: 'I listen to hip hop music, it is just a standard word and not a racial thing to me at all.

'I probably have more black friends than I have white friends and this is just how I speak.

'I am not surprised that I went to court as the law has to flex its muscles.

'I am not a racist, it was used as slang. For me it is a term of endearment, not something racist.

'I like hip hop and it is a word that is used all the time in music.

His wife Andrea, 43, added: 'He is not a troublemaker. We are in no way racist.'

However anti-race campaigners yesterday condemned the court ruling saying the word had too many negative connotations and should not be used in any circumstances.

Colley Sykes, who helps to organise an annual carnival in Stoke-on-Trent to promote multiculturalism, said: 'The magistrates have made a mistake - you cannot just sling words like that around.

'It is the last word you should use towards someone who is black. It has too many negative historical links.'
You must log in or register to reply here.

Tafakuri: Message to all black Africans from Richard Smith

In an age of corporate sponsorship and super league greed, the Africa Cup of Nations brought us the beautiful game at its giddy, joyous, chaotic best