The 600-kilometre pipeline will pass through the port city of Tanga to Mombasa and will carry natural gas from the Songo Songo Island and from the Mnazi Bay gas fields in southern Tanzania near the border with Mozambique.

The construction is set to commence soon after the completion of negotiations at State House.

During the State House meeting, President Suluhu acknowledged that Kenya is Tanzania’s top investor in the East African Community, and fifth on the continent.

She cited 513 projects worth more than Ksh100 billion which have created 51,000 jobs for Tanzanians.
"We are not only neighbours geographically, but have other elements in common such as culture, language and shared heritage," Uhuru stated.

When completed, the project is expected to significantly reduce the cost of energy, and hence the cost of doing business in Kenya.
According to Tanzania Petroleum Development Corporation, the country has started harvesting its gas deposit which is said to be a staggering 55 trillion cubic feet.

More than half of the electricity generated in Tanzania is produced from natural gas.

The project is also a beacon of hope as residents along the route expect investors to flock to the region. 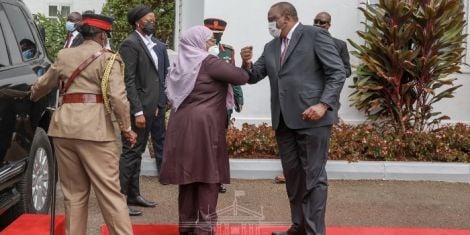 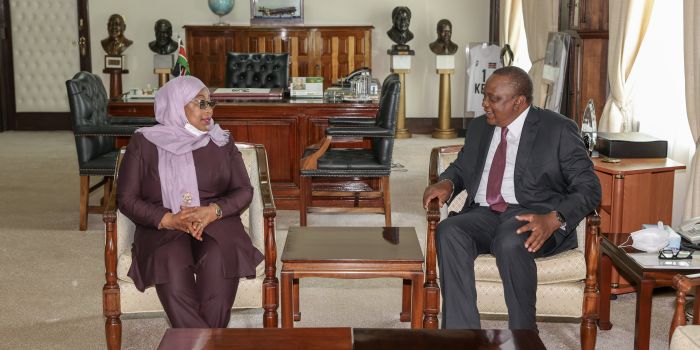 The deal was signed during a two-hour meeting between the two heads of state, which was followed by a joint address

This is one of the best deals Kenya has ever done with Tanzania. In my view ningetaka hi project ianze hata kesho.