There was mayhem at a meeting of the African Union's parliament Monday as lawmakers scuffled over a ballot box and a man appeared to aim a head-high kick at a female colleague amid shouts that there were people armed with guns in the room.

Numerous scuffles broke out on the floor of the meeting in Midrand, South Africa, as a disagreement over the process to elect a new president for the AU’s legislative body boiled over. The scenes were broadcast on South Africa’s national broadcaster the SABC. The Pan-African Parliament election was suspended while leaders worked out a way forward.

But that meeting last week also first revealed the tensions when South African lawmaker Julius Malema was heard threatening Malian lawmaker Ali Kone in the midst of the sitting.

“I'll kill you outside. Outside this room, I'll kill you. I'll kill you," Malema, a notoriously fiery leader of a far-left opposition party in South Africa, was heard saying while pointing his finger at Kone.

It all stems from a disagreement between a block of countries from West Africa and a block from southern Africa over whether the presidency should move around the various regions of Africa on a rotational basis. The last two presidents of the Pan-African Parliament have been from West Africa and there's never been a president from the south in the short history of the parliament, which came into existence in 2004.
As tempers again frayed Monday, lawmakers wrestled over a white ballot box at the front of the room that was meant to hold the vote papers for the election. Two women first fought over the box, trying to rip it out of each other's hands. Other members of the parliament then joined the tussle. Then, an enraged male lawmaker ripped off his suit jacket and aimed a kick in the direction of female member Pemmy Majodina of South Africa. The unidentified lawmaker said he was not trying to kick Majodina but rather trying to kick a cellphone out of the hand of another lawmaker recording the chaos on his phone.


“It’s quite a rough and chaotic situation now, and the matter is about the election and rotational principle,” Majodina told SABC.

As the mayhem unfolded, other lawmakers shouted into their microphones that there were “armed men in the room” and called repeatedly for police and security. They claimed that they were being threatened by a group of South Africans with guns. Majodina said there were no guns in the room.

African and international relations expert Dr. Charles Sinkala told the SABC that the scenes, broadcast on television in South Africa, were embarrassing.

“We do not expect elected leaders to behave like such horribles," he said. “Look at the footage ... it’s adults who need adult supervision.”
B 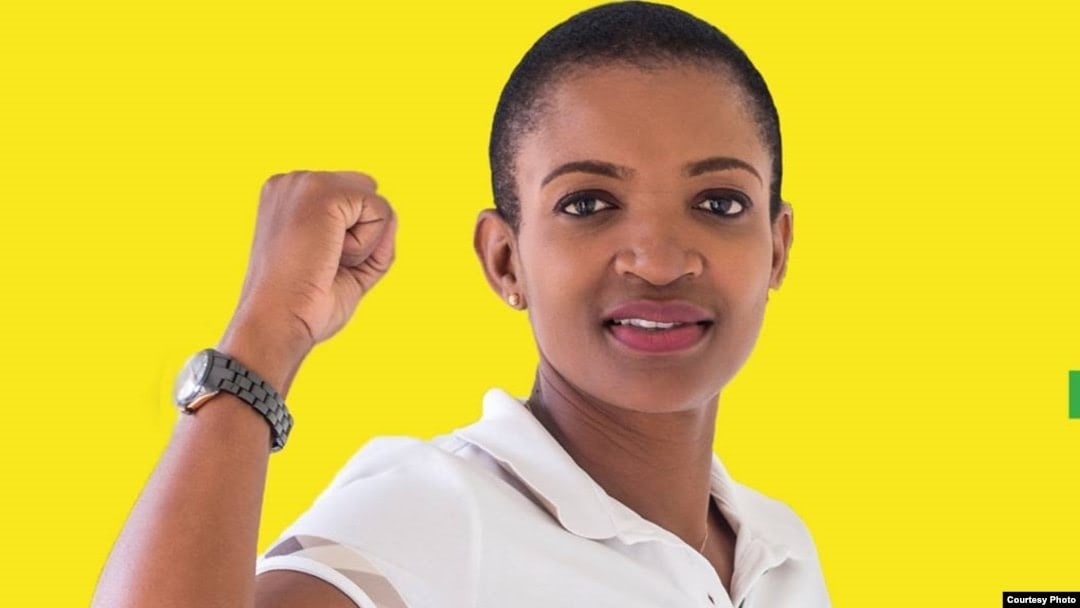 Zimbabweans were among the Pan-African parliamentary group that blocked the organization’s elections in South Africa following a fall out between southern African representatives and their colleagues, drawn from east and west African states.

There was chaos and pandemonium at the event, which unceremoniously ended Monday, when the southerners demanded that the presidency be rotated.
Representatives of the mainly French-speaking nations turned down their demands, saying the Pan-African parliamentary elections should be held without delay.


Zimbabwean parliamentarian, Barbara Rwodzi, took center stage by grabbing the ballot box, resulting in a harsh exchange of words, kicking and shoving at the meeting.


Zanu PF Member of Parliament for Gutu, Pupurai Togarepi, says they were demanding the rotation of the presidency, a move that is being supported by the African Union.

The Pan-African Parliament (PAP) has been led by a president drawn from west Africa since its formation in 2004.

Togarepi said, “We had challenges. Elections were supposed to happen on Tuesday afternoon but we had challenges among some members of the Pan-African parliament who refused to abide to the AU directive. The directive said we should respect the protocol, the policy of rotation.

They said they want the Pan-African parliament to be an independent institution, independent from the mother body.

“Some of us from southern Africa, as you know, we have never had a chance to lead the Pan-African parliament. We said ‘no’ we need to abide by the directive given by the AU. So, some among the majority French-speaking Africans refused. We stood our ground until elections were suspended and we stated that the AU be invited so that we abide by the policies provided by the AU.”

Togarepi said they expected the elections to be conducted sometime this year in South Africa when parliamentarians meet for committee deliberations.
He said the majority of African nations are following African Union protocols in running the Pan-African parliament.

Togarepi said Charumbira, who is also the acting president of the Pan-African parliament, is expected to be at the helm of the organization until elections are held in August this year.

In an interview with Newzroom Afrika on Wednesday, Rwodzi, said she blocked the PAP elections, through chanting "no rotation, no elections”, in order to have an organization that follows democratic values of governance.


She appeared on television with a bandaged left hand but noted that she won’t sue the people that inflicted the injury.
Source : Zimbabwean Barbara Rwodzi, Colleagues Block Pan-African Parliament Elections Over Rotational Presidency

With the situation still tense in the House, officials trying to restore calm. A session of the Pan African Parliament (PAP) descended into chaos on Monday.

A delegation of MPs from the southern and northern regions called for the implementation of the rotational policy, which would see the next leader of the continental parliament coming from these regions.

The East Africa and Economic Community of West African States opposed this, saying it was not part of the rules and rejected legal advice which supported the implementation of the principle.

The outgoing PAP president Roger Dang is from Cameroon. There are allegations that he has been mobilising for a West African candidate to be elected. “That is what we are defending, rotation and nothing else.

The countries and regions that want to bully us have been doing that for years, and we are saying we have to put a stop to it and allow every region an opportunity to lead this continent,” said Majodina.

The leader of the SA delegation to PAP, Amos Masondo, chair of SA's National Council of Provinces, shared Majodina's sentiment, saying the African Parliament has, over the years, been guided by the work of the AU.

“One of the principles of the AU when it comes to electing leadership is the principle of rotation. That no one, or a few, regions will be allowed to have all the power to run the work of the Pan African Parliament, or have power that cannot be mitigated by the regions that are in place.

African Union not doing enough to push for term limits, but moves to reject coups