Other Creative Uses for Condoms

Through the years, there have been debates on the best method of marketing and distributing condoms in society. Condoms are designed and manufactured to help men and women fight off unwanted pregnancies and the spread of communicable sexually transmitted infection.

There have always been demands to make condoms acceptable. That is due in part to rapid population growth especially in nations that are impoverished due to lack of resources and education. Condoms are known and are proven to be among the best tools and measures to help advance safe sex and curtail the transfer and dissemination of herpes, gonorrhea, AIDS and other sexually transmitted diseases.

Condoms are wonderful inventions. Historians have it that before the modern condoms surfaced, there were several other types of condoms that became popular. Among those ancient condoms are those made out of modified and softened horns, shells and animal intestines. When the rubber latex was used initially in the manufacturing of condoms, other practical uses arose. Being creative, you surely would be able to devise other uses of condoms other than those intended for safe sex. Here are some of those funny, yet practical condom uses.

- During times of emergency situations for survival, did you know that condoms can be used to hold or store water? Condoms are like balloons that can carry galloons of waters each. There is a need to be very careful in handling water-filled condoms, however.
- A microphone to be used for an underwater recording could be put inside a condom. This would make the microphone water-proof. The technique has already been in use in the recording industry. In fact, many recording studios and stage performers buy our Durex Natural Feeling Non-lubricated condoms wholesale to protect their microphones during transit and storage.
- When there are soil examinations, condoms would be used to store soil samples. Doing so would help prevent the sample from becoming unnecessarily moist. Such a practice also makes soil sample collection easier especially when storage factors are considered. The condom helps with protection from the elements.
- Lets not forget water balloon fights. If your roommate or friend tries to stage a surprise ambush on you, and you dont have any balloon ammunition, reaching into your nightstand and using a few condoms as emergency backup can be extremely handy.
- Unfortunately, many smugglers think they can use condoms to smuggle goods. How do they do that? Well, the goods would be placed inside a condom before being sealed by tying the knot. The condoms are then typically swallowed and carried internally. This practice is prevalent for smugglers crossing territorial borders. However, the technique is extremely dangerous and deadly. If ever the condom would break or tear apart inside the body, the smuggler could instantly die of a possible deadly drug overdose.
- In South Africa, travelers wear condoms so that when they immerse into the water, they would not be attacked by candiru. Candiru are very small catfish varieties that are attracted very much to urine and blood. When travelers use condoms, the very small catfish types would not be able to sense the urine and get inside the body to get to the urethra.

There are many other creative and practical uses of condoms in contemporary society  another reminder that as condoms become a mainstream part of our culture, they are integrated into our lifestyle in any way that they can provide utility. Be reminded however, never to use used condoms when having safe sex. 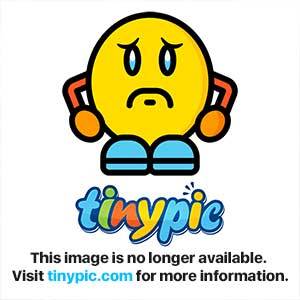 Good! Umenisaidia kwa kiwango fulani
You must log in or register to reply here.

Ukraine tensions: Putin accuses US of using Ukraine as tool against Russia

Canada has shown the rest of the world that freedom can triumph over tyranny, if the people demand it. Let's support them!