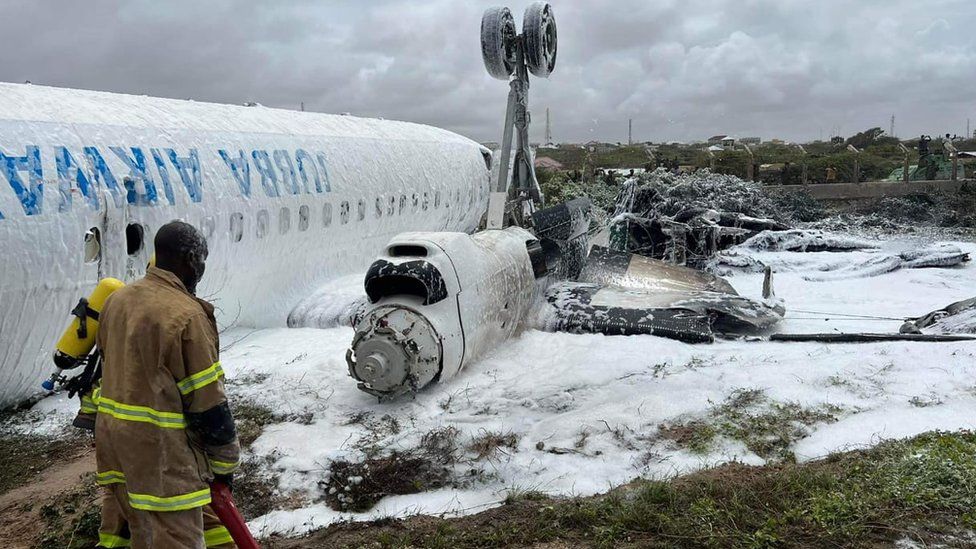 A plane has crashed and flipped over on landing at the airport in Somalia's capital but there were no fatalities among the 36 people on board.

Firefighters doused the flames and pictures from the scene show the plane, a Fokker 50, upside down.

It belonged to Jubba Airways and it was an internal flight from the city of Baidoa to the capital.

The passengers and the crew were all rescued, according to the airport authorities who were quoted by state media.

The cause of the crash is not yet clear.

In a brief statement, acknowledging the incident, Jubba Airways said that it would release more information about what happened "as it becomes available".


Source : Voice of America
You must log in or register to reply here.