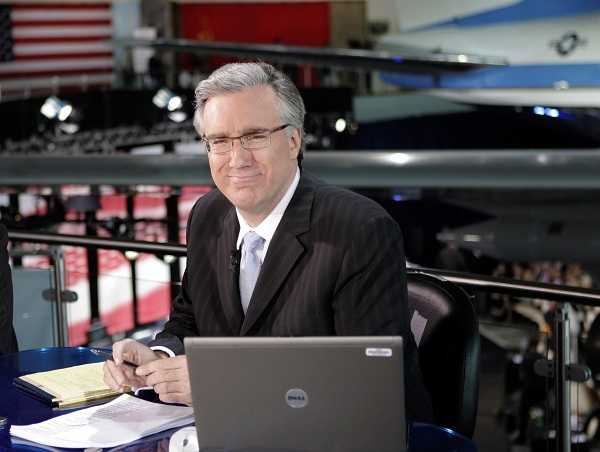 Olbermann gave the maximum individual donation of $2,400 to three candidates in Tuesday's election: Arizona Reps. Gabrielle Giffords and Raul Grijalva and Senate hopefulhttp://news.yahoo.com/s/yblog_upsho...pends-olbermann-over-political-contributions#, who lost in Kentucky to Republican Rand Paul. (Grijalva appeared on Olbermann's "Countdown" on Oct. 28, the same day the host donated to his campaign; Conway was last a guest in May).
Olbermann, in a statement to Politico, said that he "did not privately or publicly encourage anyone else to donate to these campaigns nor to any others in this election or any previous ones." Also, Olbermann said he had not "previously donated to any political campaign at any level."
But the revelation raised clear ethical issues.
Olbermann, a liberal commentator, gives his opinions each night on the air. But NBC News editorial staffers -- like journalists at most news organizations -- are forbidden from giving to political candidates. Also, Olbermann anchored http://news.yahoo.com/s/yblog_upsho...pends-olbermann-over-political-contributions#Tuesday night without disclosing that he'd given to candidates who were running for office.
By punishing the network's biggest star, Griffin showed how little tolerance there is for hosts to make undisclosed political contributions while covering those political races.
An MSNBC spokesman told The Upshot that The Nation'shttp://news.yahoo.com/s/yblog_upsho...pends-olbermann-over-political-contributions#, an MSNBC contributor who has filled in before for Olbermann and Rachel Maddow, will host Friday night's show. Hayes has spoken publicly before about donating $250 to a friend's Congressional campaign in . [UPDATE: MSNBC now says Hayes will not be subbing tonight]
MSNBC already attracted criticism this week for having its liberal hosts and commentators anchor election night coverage. Typically, nonpartisan journalists anchor major news events-such as election results-while commentators like Bill O'Reilly (Fox News) or (CNN) offer analysis.
It's ironic that Olbermann gave to political candidates after criticizing Fox News because its owner, Rupert Murdoch, gave $1 million donation to the Republican Governors Association. "Fox News has put its money where its mouth is," Olbermann said in an August segment that questioned the network's impartiality.
In October, Olbermann again raised the issue of Murdoch's donations, during an interview with Democratic Rep. James Clyburn. Olbermann asked whether there was "a legislative response to the idea that there is a national cable news outlet that goes beyond having a point of view and actually starts to shill for partisan causes and actually starts to donate to partisan groups of one party."
(Photo of Olbermann in May 2007: AP /Mark J. Terrill, File)

In Libya, Haftar suspends military role to run for president