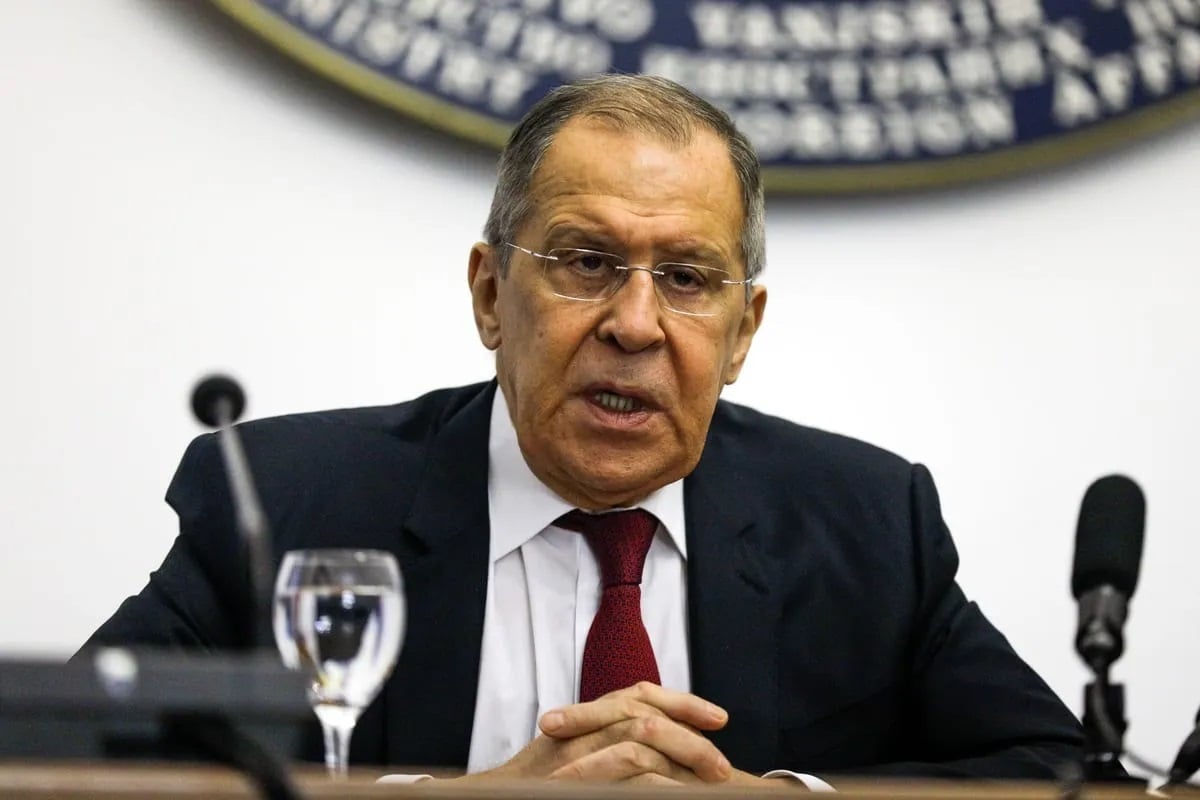 Sergei Lavrov​
The trip aims to ease Russia's diplomatic isolation amid the war on Ukraine.

Lavrov was also meeting the secretary general of the Arab League and addressing members of the organization during his one-day trip to Cairo. He is then due to travel to Ethiopia, Uganda and the Democratic Republic of Congo, countries which have recently seen strained relations with the West.

The tour comes just one week after US President Joe Biden conducted his first tour to the Middle East. He visited Israel, the Palestinian Territories and Saudi Arabia, where he met with leaders of the Gulf countries, Egypt, Iraq and Jordan.

The Russian war on Ukraine has caused a significant divide between Russia and Western countries.

However, most Arab and African countries have refused to take sides, as they share interests with both stakeholders. The fragile economies of countries in Africa and the Middle East have also suffered the most from the war due to skyrocketing oil prices and the food crisis.

Lavrov praises African nations for their stance
Ahead of his tour, Lavrov wrote an article stressing Russia's keenness on African states' interests. It was published in top newspapers in Egypt, Ethiopia, Uganda and the DRC, as well as on the Russian foreign ministry's website.

In the opinion piece,, Lavrov denied that Russia was to blame for the worldwide food crisis. He said the crisis started when Western countries held on to food supplies during the pandemic and was exacerbated by Western sanctions on Russia.

The Russian foreign minister also said his country "has not stained itself with the bloody crimes of colonialism" and has "sincerely supported Africans in their struggle for liberation from colonial oppression."

The diplomat said Russia supports a multipolar world where countries, including African countries, independently stand up to Western pressures. Specifically, Lavrov pointed to African nations not joining in anti-Russsia sanctions despite "unprecedented" pressure.

Since then, the Arab country has tried to strike the balance between its reliance on Western allies such as the US, and its solid ties with Russia.

As the world's biggest wheat importer, Egypt relied primarily on Russia (and less so on Ukraine) to feed its population of over 100 million.

Before the travel restrictions imposed on Russians due to the war, Egypt also counted on Russian tourists to bring in a big chunk of tourism revenues, a backbone of the Egyptian economy.

Just this week, the long-delayed construction of Egypt's first nuclear plant was set in motion by the Russian state-owned energy corporation Rosatom.

Missiles struck temporary deployment point of Foreign Legion units near Kostantinovka and destroyed over 40 foreign mercenaries, most of them Poles.