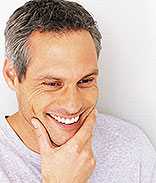 To the men who are reading this article: There are a lot of women who are very unhappy with you. Really. I know, because as a dating coach, I hear women tell me all the time in the most exasperated tone: How come I never meet a nice, normal guy? Why do I only get approached by creeps? Youve probably heard women say this yourself. So how would you respond to them?

Im guessing its something like: Nice guys are afraid of rejection, dont want to bother you when youre out, and are generally more concerned with the consequences of being embarrassed than with actually meeting you. It may be true, but, as truth goes, its a pretty sad state of affairs. Whats easy to forget is that most women want to be approached by you. By not approaching them, youre letting them down and allowing the creeps to take their shot. Follow these lessons and the next time youre out, maybe youll prove that nice guys dont finish last.

Lesson #1: Assume the answer is yes
Have you ever been sold a product before? Hair tonic, a car, bathroom tile? I can guarantee you that the salesperson didnt pitch you by saying, Um, excuse me I hate to bother you would you be interested in I mean, probably not, but No! Any salesman worth his commission is not just selling confidence in his product, but confidence in himself. Confidence says Im bright, Im likeable, women have liked me in the past, Im comfortable in my own skin, says Victor, 38, a real estate broker. Since she has to make a decision on the spot, confidence through nonverbal communication makes the best impression. You can even fake it til you make it through these two very simple means: Smile and maintain eye contact. And remember: If you dont know that youre worth talking to, how would she know?

Lesson #2: Its not about you
Im out at a big Hollywood scene with beautiful people. Its getting late, towards the end of the night, and I ask my buddy Terrance which woman hes got his eye on. He points to an attractive brunette talking to a cute blonde across the courtyard. Slightly bemused, I tell him that I will make the introduction. As I stride over, I rationalize that if my approach doesnt go well, shes not really rejecting me, but rather, Terrance. I know this isnt true, but it gets me going.

I arrive while the women are in mid-conversation. I say nothing for a few seconds and when they both look at me, I chime in: You guys just keep talking. Ill interrupt when Ive got something interesting to contribute. And that was it. It wasnt a line. It wasnt planned. It just happened. After three minutes, Terrance came over, I made the introductions, and we both got phone numbers. The moral of the story? Playing my little conversational trick in all pick-up situations can be really helpful. Just ask any married friend how easy it is to talk with women when you know that there are no stakes involved. If its not about you, you cant possibly fail.

Lesson #3: Theres power in numbers
Believe it or not, three is better than one. When you approach a woman who is by herself, she knows that youre hitting on her based solely on your attraction to her. This increases the pressure in a way that doesnt always make for a comfortable situation. Thats why the safest way to meet a woman is to approach her in a crowd of her friends. Now theres no pressure, because nobody knows who youre hitting on, and you can just be the friendly guy whos chatting with everybody. If youre charming, funny or bright, says Charles, 36, she might find herself interested in you before youve expressed interest in her. This tilts things in your favor, even to the point where you might be in control. By charming her friends and getting their approval, the one you like will be that much more open when you ask her out, adds Charles.

Lesson #4: Its just that easy
If you ever doubt how simple it can be to meet a woman, this story should inspire you: I was at a party with some close friends and saw an acquaintance across the room. Late 30s, attractive, friendly, likeable. Wed met probably four times before through a mutual friend who was also at the party. When our eyes met, I smiled at her. She smiled back. Because it was a large and crowded room, I put out my index finger and beckoned her to come over to me. She sort of did a double take, smiled even more broadly and came right over.

Hi, I said, warmly.
Hi, she said, blankly. Then it hit me.
You have no idea who I am, I said.
None whatsoever, she replied.
Its Evan. Evan Katz.
Oh, yes  weve met! You cut your hair. I didnt even recognize you. She gave me a hug. But I had one more important question to ask her before we continued talking.
Is it really that easy to get a woman to talk to you just by calling her over with your finger?
She took a second to consider the evidence and replied, Apparently, it is.

So there you have it. We men have more power than we even realized.

Lesson #5: The outcome doesnt matter
Maybe youre not her type. Maybe shes just out of a relationship. Maybe shes having troubles at work. Maybe shes not perceptive enough to recognize your worth. You never know why someone may not be interested in you. Truthfully, it doesnt matter. Its more diminishing to your self-esteem to let fear run your life than it is to get rejected. Heres one story below that showcases this in a big way.

So I was in the checkout line at the grocery store, and I was waiting for a woman with 400 coupons. In the meantime, I was talking to the tall, raven-haired cutie behind me. We were making jokes, laughing, passing the time. All in all, a very pleasant five minutes of my life. The coupon lady finished up. I paid for my stuff, said goodbye to my new friend and rolled my cart out the door.

The second I hit the fresh air, I was kicking myself: Dummy! Why didnt you ask for her phone number? Because I got all embarrassed what with the other people in line and the woman swiping my bar codes. Because of all the other reasons that nice guys wimp out. I decided that this would not do. I was going to wait until she came out of the supermarket and ask her out. And thats what I did.

Hey, it was a lot of fun meeting you in there, I said to her as she emerged with her bags. I was wondering if youd like to grab lunch sometime.

A big smile came across her face. You are so cute and I couldnt be more flattered, but I have a serious, live-in boyfriend. But I really want to thank you for asking. You totally made my day. After she said goodbye, I went home, walking on air, so happy that I did it, instead of wishing I did it, like so many times before. It didnt matter if she had a boyfriend or if she was lying or being polite or whatever  all that mattered was that I took a big swing at the plate and even didnt hurt myself in the process.