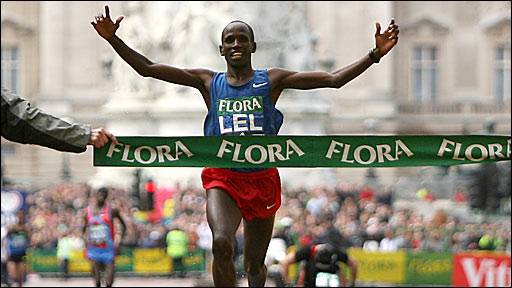 Kenya's Martin Lel set a new course record at the London Marathon as he defended his title to win the race for the third time in four years.

Lel finished in a time of two hours five minutes and 15 seconds to beat compatriot Samuel Wanjiru into second place after a sprint finish.

Britain's Liz Yelling and Dan Robinson both ran personal bests to almost certainly book their Olympic places....UKITAKA ZAIDI!!!
You must log in or register to reply here.