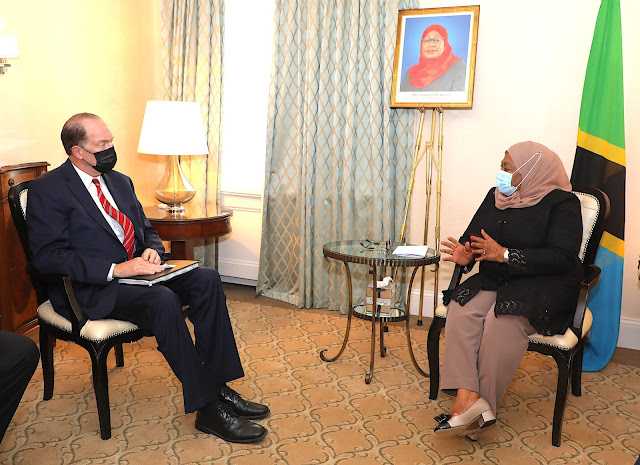 President Malpass and President Hassan discussed the World Bank’s support to Tanzania in its efforts to mitigate the impacts of the COVID-19 pandemic and accelerate vaccinations.

President Malpass also emphasized the importance of debt transparency and encouraged careful selection of investment programs and their financing sources.

Source :
David R. Malpass was selected as 13th President of the World Bank Group by its Board of Executive Directors on April 5, 2019. His five-year term began on April 9.
David Malpass
B

Magufuli's concessions to the World Bank over $300m loan​


The World Bank’s vice president for Africa Hafez Ghanem has revealed the details of his discussions with Tanzania’s president John Magufuli, that will lead to the disbursement of a $300m loan towards education projects.

On Wednesday last week, the World Bank said it had not presented the education programme to its board for financing approval last month after the country reaffirmed its policy of banning pregnant girls from school and made it a crime to question official statistics.

On Friday, Magufuli met with Ghanem and announced thereafter that the World Bank was not scrapping the $300m loan.
He insisted it had actually not been withdrawn, blaming the confusion on ‘persons who did not wish the country well’.

Before leaving for the World Bank headquarters in Washington on Saturday, Ghanem revealed details of the meeting with Magufuli to the local Citizen newspaper.

Pregnant girls in school
Ghanem said the World Bank had agreed with Magufuli that the education project is redesigned to find a way for pregnant girls to return to school.

‘’...girls’ education is central to development, we are a development institution. We cannot accept that some girls are denied education,’‘ explained Ghanem.

Tanzania has banned pregnant girls from attending state primary and secondary schools since 1961. Magufuli affirmed his commitment to this policy last year, saying school girls who become pregnant must be expelled and not allowed to return.

Ghanem added that the project would still be subject to board approval before the funds could be disbursed.

Statistics law
The World Bank had also expressed concerns over the Statistics Law passed by the Tanzanian parliament in September.

At the time it was passed, the global lending institution said the law that would punish anyone who questions official statistics, could ‘undermine the production of useful and high quality data’.

Ghanem said the government in Friday’s meeting, gave the World Bank assurances that it was open to discussion on implementation of the law.

‘‘We need statistics that are reliable and credible because all our decisions and analyses are based on statistics,’‘ argued the World Bank official.
‘’...our technical team and statisticians are working with the government on the details.’‘

According to the World Bank, Tanzania was one of the countries that approved the World Bank’s Environment and Social Framework last month. One of the principles provided for in this framework is non-discrimination.

‘‘On the case of human rights, and LGBTI, the government reassured that there would be no more discrimination against people of any ethnicity, religion or sex orientation.’‘

The World Bank official declined to comment on the state of democracy and press freedom, saying the institution does not discuss political issues. Source : Magufuli's concessions to the World Bank over $300m loan | Africanews 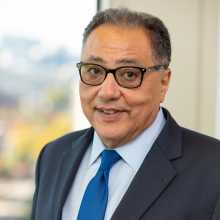 Hafez Ghanem is the Vice President, Eastern and Southern Africa.