Los Angeles Rapper, Drakeo the Ruler Dies After Being Stabbed At the Backstage 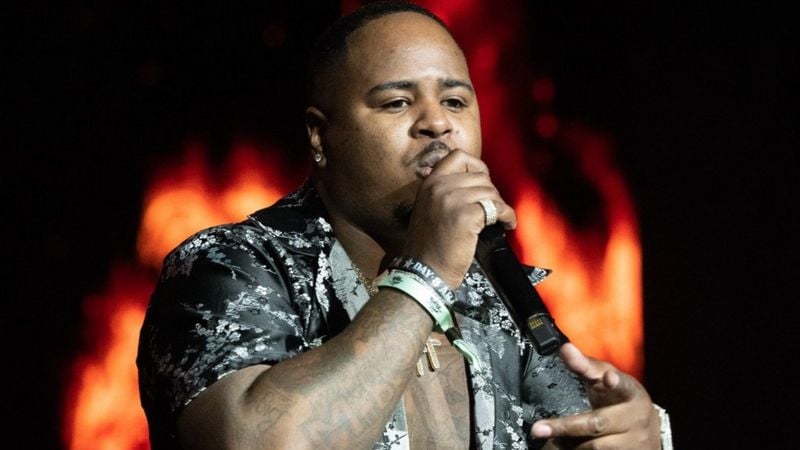 The 28-year-old, whose real name was Darrell Caldwell, had been scheduled to perform at the Once Upon a Time in LA festival on Saturday night.
His publicist confirmed his death to several US media outlets on Sunday morning.

The artist was reportedly stabbed during an altercation backstage around the time he had been due to perform.

Los Angeles police are investigating, but told reporters no arrests had been made as of Sunday morning.
Drakeo the Ruler had more than 1.5m monthly listeners on Spotify, and collaborated with Canadian rapper Drake on the single Talk to Me.

Paramedics responded to a call about a stabbing at about 20:40 local time on Saturday (04:40 GMT on Sunday). Reports say the rapper was then taken to hospital but later died from his injuries.

The BBC has contacted his representatives for comment.
The festival's promoter, Live Nation, confirmed that there was an "altercation in the roadway backstage" at the event, which was also scheduled to include performances from rappers 50 Cent and Snoop Dogg.

"Out of respect for those involved and in co-ordination with local authorities, artists and organisers decided not to move forward with remaining sets so the festival was ended an hour early," it said.

Following reports of Drakeo's death, tributes were paid on social media.
"Always picked my spirit up with your energy. RIP Drakeo," Drake wrote on his Instagram stories early on Sunday.

In a post on Twitter, LA writer Jeff Weiss called him the "greatest west coast artist of a generation, a legend who invented a new rap language of slippery cadences, nervous rhythms, and psychedelic slang"