The fibre-optic cable will be the region's first submarine telecoms link to the rest of the world and should cut costs and provide high-speed access.
​

The contract for The East African Marine Systems (Teams) will be signed by the end of the month, a Kenyan information ministry spokesman said.

The cable will run from Mombasa port to Fujairah in the United Arab Emirates. 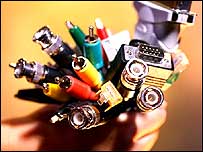 The undersea link will increase bandwidth


Alcatel-Lucent told the BBC News website they were "not in a position to comment on the Kenyan announcement until the contract is signed".
But information ministry spokesman Bitange Ndemo said the company edged out their four competitors (Fujistu, NEC, Tyco Telecommunication and Huawei Technologies) on price and time-scale.

He told a news conference that Alcatel-Lucent had indicated it could "complete the construction of the undersea cable seven months ahead of others", AFP news agency reports.

Work on Teams is expected to start as soon as the deal is signed and the high-capacity fibre-optic cable should be in place within 16 months, before the end of the second quarter of 2009.

Earlier this year, Alcatel-Lucent won the contract to lay the long-delayed East African Submarine Cable System (Eassy), which is set to run from South Africa to Sudan.
This scheme was originally expected to be operational at the beginning of 2008.
Click to expand...