Dave and Angela Dawes who won the UK's third biggest lottery prize (Pic: PA)
A couple who scooped over £101 million in the EuroMillions draw had only played twice before, they revealed today.


It really was third time lucky for Dave Dawes, 47, a shift supervisor for Premier Foods, and Angela Dawes, 43, a volunteer for the British Heart Foundation, when they hit the jackpot last Friday.
​


A couple who scooped over £101 million in the EuroMillions draw had only played twice before, they revealed today.
Advertisement >>
<ins style="display:inline-table;border:none;height:250px;margin:0;padding:0;position:relative;visibility:visible;width:300px"><ins id="aswift_1_anchor" style="display:block;border:none;height:250px;margin:0;padding:0;position:relative;visibility:visible;width:300px"></ins></ins>

It really was third time lucky for Dave Dawes, 47, a shift supervisor for Premier Foods, and Angela Dawes, 43, a volunteer for the British Heart Foundation, when they hit the jackpot last Friday.
The couple, from Wisbech, Cambridgeshire, also became the third biggest lottery winners in the UK.
Mr Dawes described today how they discovered their win.

He said: "We were watching TV and the EuroMillions draw show came on so we kept watching, not thinking we would win anything.
"We got our tickets out and watched in shock as, one by one, the numbers came up on the line I'd chosen.
"We couldn't believe it! It was too late to call Camelot so I kept the ticket on me all night until the morning but we didn't sleep a wink."
The couple, who have been together for four years, were planning to get married abroad next year so the windfall means they can now enjoy the wedding of their dreams - and a new engagement ring for Angela.

They are planning to buy properties in London and abroad, and are looking forward to a trip to Las Vegas and a skiing holiday in Switzerland in the coming months.
But the windfall will also give them a chance to help friends and family close to them.
Mr Dawes is an avid Chelsea fan, having been a steward at the club in the past, so a season ticket is also on the shopping list.
He said: "I'm not worried about getting a box - I want to stand with the real fans and watch my team play.
"I'd also love to live near the ground and have Frank Lampard come over for a cup of tea!"
The couple's success means they are £1 million better off than David Bowie, the 703rd richest person in the country, according to The Sunday Times Rich List 2011.
They move ahead of celebrity couples such as Sharon and Ozzy Osbourne (£95 million), and Gwyneth Paltrow and Chris Martin (£48 million).
The biggest-ever EuroMillions prize was a £161 million jackpot won by Colin and Chris Weir, from Largs, Scotland, earlier this year. In October 2010 an anonymous British winner scooped £113 million in the draw.
The winning line was a selection of randomly chosen numbers.
The ticket was bought from WH Smith in Market Place in Wisbech.
The winning EuroMillions numbers on Friday 7 were 18, 26, 34, 38, 42 and the Lucky Star numbers were 5 and 8. 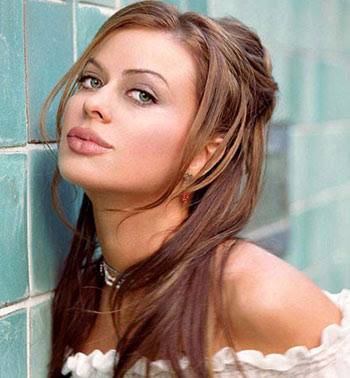 Pole mwana.
You must log in or register to reply here.