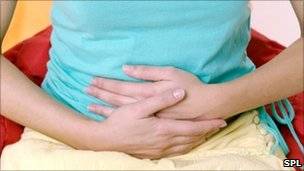 Having multiple miscarriages increases the risk of a heart attack later in life, according to researchers.
The German study, published in the journal Heart, found that women who had more than three miscarriages had a five-fold increase in risk.
The relatively young age of the women meant overall risk remained low, but miscarriages could alert doctors to future problems, the researchers said.
UK specialists said that the reason for the link was still unclear.
The study looked at more than 11,500 women aged between their mid-30s and mid-60s.
They looked at the pregnancy history of those who had suffered heart attacks, and compared this to the rate of miscarriages in the other women.
They found that one in four of the women in the study reported having a miscarriage - although this number could be higher because some women become pregnant then miscarry without realising what has happened.
Continue reading the main story Start Quote


It is possible that there is some common predisposing risk factor for both miscarriage and heart disease
​
End Quote Professor Gordon Smith Cambridge University
When other factors linked to heart problems - such as weight, alcohol consumption and smoking - were accounted for, having three or more miscarriages increased the risk of heart attacks by more than 500%.
A smaller increase in risk was recorded in women who had miscarried fewer than three times.
The researchers, from the German Cancer Research Centre in Heidelberg, said that the results suggested a "substantially higher" risk later in life.
They suggested that a history of miscarriage should be recorded by doctors as an "important indicator" when trying to work out whether a woman was likely to suffer heart problems in middle-age and beyond.
The age of the women involved in the study meant that the overall risk of heart attack could not be tested.
The five-fold increase refers to a much smaller risk - that a woman would have a heart attack at a younger age.
This means that even a five-fold increase does not mean that a woman who suffers multiple miscarriages is very likely to have a heart attack.
Indeed, among a sample of 2,876 women who reported miscarriages, there were 82 heart attacks over a ten-year period.
No firm conclusions However, other specialists said that the link between miscarriage and heart attacks remained a concern.
Professor Gordon Smith, from Cambridge University, said that other studies had pointed to an increase in heart disease risk among women who had pregnancy complications, which included pre-eclampsia, and premature birth alongside miscarriage.
However, he said that the reasons why were still not fully understood, with some evidence suggesting that it was not an effect of having miscarriages.
He said: "It is possible that there is some common predisposing risk factor for both miscarriage and heart disease. During pregnancy, it is manifested by increased risk of miscarriage, and later in life, it manifests itself as an increase in heart disease risk.
"Perhaps this involves an increased propensity to blood clotting - but the honest answer is that we don't yet know."
A spokeswoman for the British Heart Foundation said that it was hard to draw firm conclusions from the study.
She said: "While this is certainly an interesting observation it gives no proven explanation for an increase in heart attack risk.
"It's not simply a case of saying multiple miscarriages increase your risk of a heart attack - lots of other factors come into play.
"It's known in some cases of multiple miscarriages that the women have previously undiagnosed heart and circulatory disease, or significant risk factors for the disease, so they may have an increased heart attack risk which is unrelated to the pregnancy."
You must log in or register to reply here.