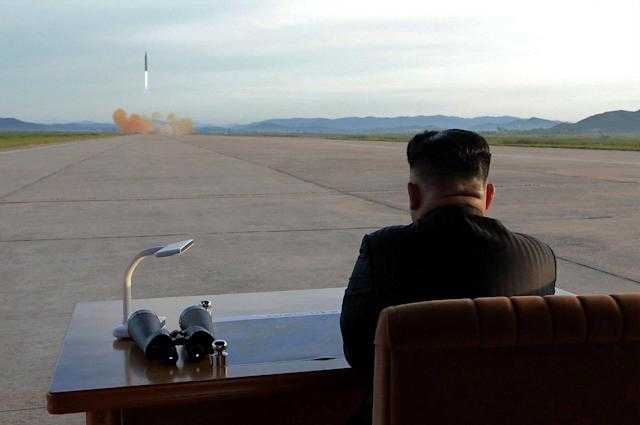 The U.S., South Korea and Japan undertook a joint bombing exercise Sunday, dropping live ammunition on a test range in South Korea. The mock attack was a show of force in retaliation to North Korea test-launching a ballistic missile that flew over Japan Thursday.

The mission consisted of two bombers from Andersen Air Force Base in Guam, four Marine F-35B from a U.S. base in Iwakuni, Japan, four Korean fighters and four Japanese fighters, according to a press release by U.S. Pacific Command.

“U.S. Pacific Command maintains the ability to respond to any threat in the Indo-Asia-Pacific theater at a moment’s notice,” said the release.

The bombing run comes at a time of heightened tension between the U.S. and North Korea. The Thursday missile launch was the second time in less than three weeks that North Korea sailed a missile directly over Japan. The United Nations (U.N.) Security Council passed ever-stricter sanctions on North Korea last week on Monday.

The sanctions came after North Korea conducted its sixth and largest nuclear bomb test. North Korea claimed the test was a thermonuclear hydrogen bomb. Updated analysis of the blast by experts say that the North Korean claim is likely accurate.

“If North Korea keeps on with this reckless behavior, if the United States has to defend itself or defend its allies in any way, North Korea will be destroyed,” said U.N. ambassador Nikki Haley to CNN Sunday. “And we all know that, and none of us want that.”

North Korea fired back Monday calling the sanctions “the most vicious, unethical and inhumane act of hostility,” via their state media wing, the Korean Central News Agency.

To shorten a story , why don't USA and her allies attack NKorea if she is able!?

Kim Jong-Un/ NKorea they have already placed a finger on a trigger.

Advice USA to go back to sleep unless otherwise Trump will be shaved as Kim Jong-Un does.