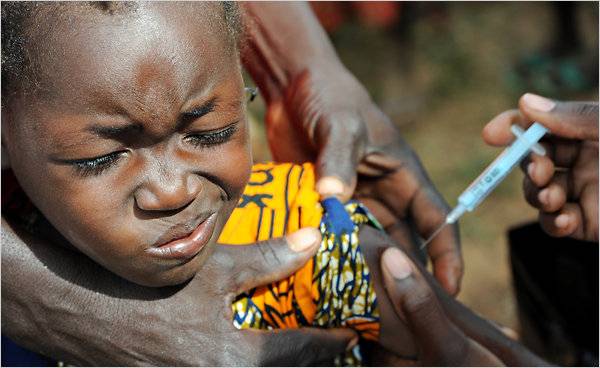 Rodrigue Barry/World Health Organization
A child in Burkina Faso received the recently approved meningitis vaccine in September during a safety trial of it.

JOHANNESBURG  For over a century, epidemics of bacterial meningitis have swept across Africa, arriving with the dry harmattan winds to kill with terrifying speed. But on Monday, a drive starts to inoculate tens of millions of West Africans with a new vaccine in what scientists hope will be the beginning of the end of ravaging meningitis epidemics.