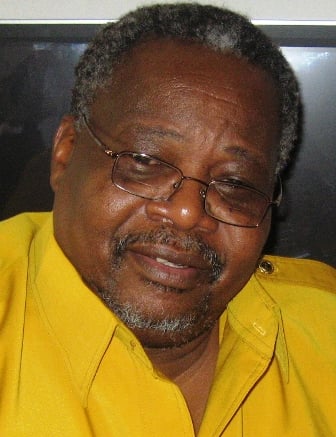 ​
IF the former British Prime Minister Harold Macmillan was to rise from the dead, he would have rescinded his famous historic metaphor that the wind of change was blowing in Africa, meaning that Africa by then was ripe for self-governing.

It is now almost half a century, yet we do not see our way forward, apart from plunging ourselves into imperialistic experimental methods of running our countries sinking into deep poverty. Africa has become an ever ready recipient of handouts from the Western world in the guise of working partnership dictating what should be done even doctoring our budgets as they are the main financers.

The first decade in the sixties was primarily a decade of honey moon after attaining independence with lofty statements embracing nationalism and reconstruction of our countries left by our colonial masters, the British, French and Portuguese. In reality, the colonialist just handed flag independence while they still maintained great interest of the resources abundantly endowed in these African countries.

The emergence of neocolonialism embodied in the political divide of the cold war put asunder the probable one bargaining voice of Africa. Despite the creation of the Organization of African Unity (OAU) this could not hide the differences between the so-called radical African countries and those seen to be pro-Western African countries.

They started with Lumumba, Sylvanias Olympio, the Modibo Keita, Kwame Nkurumah, Milton Obote and several others. That was the longest period of post independences Africa sufferings, ranging from late sixties to late eighties when the liberation wars were conclusively being won.

Thanks to the fall of Portuguese Salazar and Caetano and the emergence of Mikhall Gorbachev whose reforms of Perestroika and Glasnost paved the way for the fall of Communism, the reintroduction of democracy and the end of the Cold War. A renowned Professor Richard Sklar, a Political Scientist lecturing on post-imperial and developmental democracy, a former President of African Studies Association made an optimistic prediction of the years post Cold War would make Africa become a workshop of democracy.

Yes, this is what has been happening since 1989, people have been talking on democratic transition in Africa dubbed the third wave. It followed that the good part of the nineties marked the departure from one party and authoritarian rule to a democratic dispensation prompting for the advent of multiparty elections, respect for human rights and transparency in the conduct of governmental affairs.

In a way, this has been achieved in the perception of the World Bank who coined the term good governance in order to mesmerize the African countries which will ultimately be beneficiaries of the World Bank funding with its conditionalities. The governance talk appears to have failed to address the question of power, democratic participation and active citizenship resulting too many countries voters apathy.

Is Africa making a transition to the promised land of democracy? Furthermore is Africas perceived democratic workshop working or is it something else? Some are saying it is becoming a workshop of democracy as deception since some of the despots and authoritarian rulers in Africa are learning the new language of democracy without necessarily prescribing to its fundamental tenets.

One of the critics of all this arrangement Alexactus T. Kaure a prominent columnist in an authoritative tabloid here in Namibia says, what we are witnessing in many cases are political reversals and democracy becoming deception and camouflage. I do buy his observations as can easily be seen that most of the African elections are no longer leading into sustained democratic societies with peaceful electoral outcomes as normal democratic systems ought to do, but lead to court cases, elections boycotts or outright civil wars.

In Tanzania the voices are loud and clear demanding a new constitution that would augur well with the current democratic dispensation. In the Land of the Brave, we still have court cases pending at the High Court since last years parliamentary and presidential elections which some claim were irregular or simply rigged. However the Namibian constitution allows the presidential votes to be contested before the court of law.

So as Egypt and Ivory Coast as the latters prospects of reverting into civil war are so great. In the case of Egypt the two main opposition parties had boycotted the whole exercise altogether. And in the case of Ivory Coast a new phenomenon has showed up, having two governments that of the incumbent Laurent Gbagbo and the other one of Alasante Ouattara, the winner of the November 28 run-off election.

These are just some of the recent disgruntled election cases. There have been many in the recent past which includes Kenya, Zimbabwe, and Angola elections of 1992 with similar patterns that is seen in many other African electoral disputes. The other problem with dominant political parties is that they become complacent, unresponsive and thus dont care much about developing their societies because they know that bewildered herd would still vote them into power en masse come next elections.

Even those countries described as bright spots like Botswana, Namibia, South Africa, Mozambique, Mauritius have democratic features on the surface; they are being used as camouflage under which substantive democracy is denied to the people. Indeed, they recognize civil and political rights but these dont mean much in the absence of fundamental economic, social and cultural rights of the majority.

Substantive democracy has to go beyond the holding of elections after every five years but has to address also issues relating to health, housing, education, food and land for all which they fought for. Have they attained them? Your guess is as good as mine!

We have to probe the cultural and historical factors at the heart of of the continent's crisis, the Africans ourselves should explore questions that have troubled outsiders and the citizens at large for decades. What is it about African society that makes corruption so hard to eradicate, so devastating in its impact? The big question to pose is: Why have african rulers found it so easy to reduce political discussion to self-serving calculation of which their cronies eat so much? And when will Africans place society's wider interest ahead of their class/ethnic community's narrow needs??!