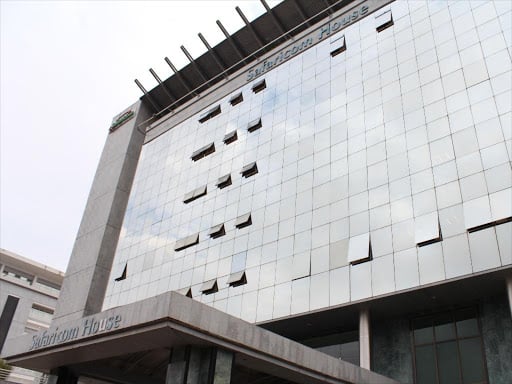 According to the annual survey whose findings were unveiled in Uganda to coincide with African Day, Safaricom is ranked at position six up from position 12 last year in a ranking that was dominated by South African and Nigerian brands.

The top four African brands in the list led by Dangote, MTN, DSTV and Anbessa maintained their spots, with Ethiopian Airlines which was ranked at position seven last year rising to claim position five.

South Africa had four brands in the top ten list, Nigeria (3), Ethiopia (2) and only Kenya.

During a year defined by the pandemic which brought the world to a halt, as markets having to adapt to a new reality, African brands retained their 13 percent share of the Top 100 most admired brands in Africa.

Despite an increase in sample size and countries, the Top 10 Most Admired Brands showed little change from previous years, with multinationals dominating the top 10 most admired brands in the continent.

MTN, consistently the only African brand among the Top 10 brands overall, dropped to position 11 for the first time in a decade in the ranking that saw American sports and fitness giant, Nike retains the top spot for the fourth year in a row.

An analysis of the data over the past 10 years, has established that on average, only 20 per cent of the brands admired by Africans are made in Africa.

Even so, Brands Africa chairman Thebe Ikalafeng believes that the African Continental Free Trade Area (AfCFTA ) which aims to accelerate intra-Africa trade from 18 per cent to 50 per cent in 2030 will be a catalyst for local economies with nations having to look internally for sustainability.

''With the internal shifts in the rankings in particular the African brands, Africa can and will need to grow its own brands to meet the needs of its growing consumer market,'' Ikalafeng said.

He added that African brands will continue to play a dual role of being globally competitive but most importantly of transforming the continent’s promise into a real change.

Established in 2011, the Brand Africa 100: Africa’s Best Brands rankings are the most
T

East Africa is well represented by Kenya and Ethiopia. I'm trying to wonder what our noisy neighbors will ever represent East Africa.

Teargas said:
East Africa is well represented by Kenya and Ethiopia. I'm trying to wonder what our noisy neighbors will ever represent East Africa.
Click to expand...

Safaricom is now the biggest company by market capitalization in sub-saharan Africa outside SouthAfrica.
You must log in or register to reply here.