Is Kenya's ban on maize from Tanzania and Uganda has anything to do with this directive?


Here is what Deputy Minister of Agriculture had to say! 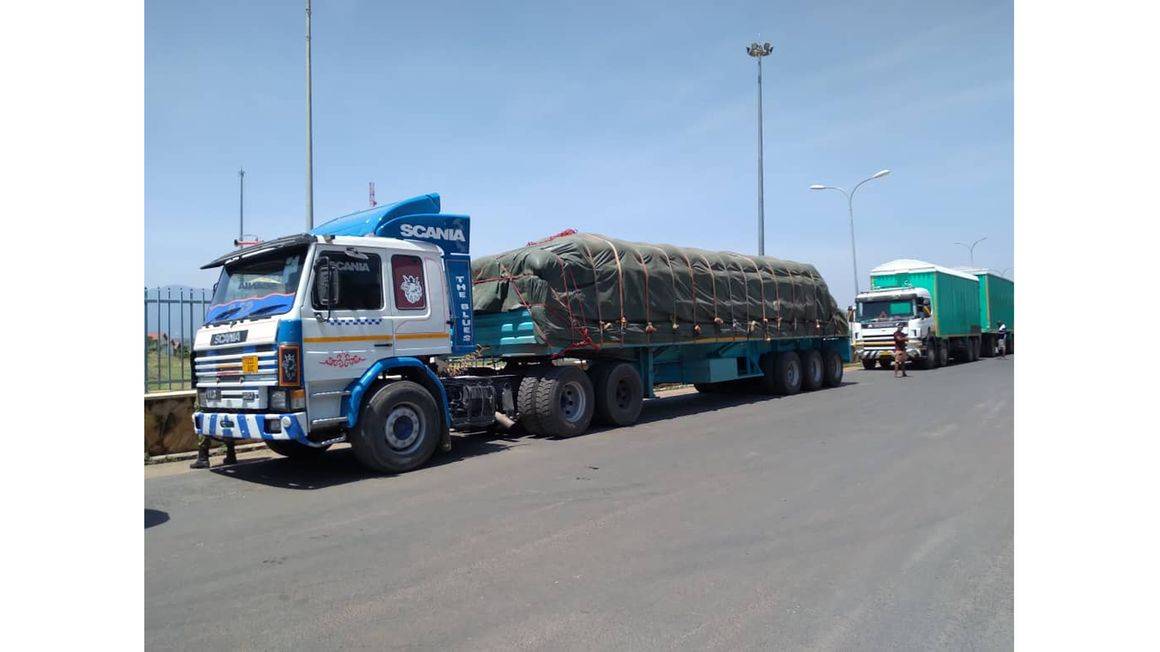 By The Citizen Reporter
More by this Author

Kenya has with immediate effect banned the importation of maize from Tanzania and Uganda.

In a letter by the acting Director-General of the Agriculture and Food Authority, Kello Harsama to Pamela Ahago, the Commissioner of Customs in the Kenya Revenue Authority, the imports should stop after a survey conducted indicated maize from the two countries is not fit for human consumption.

“The authority has been conducting surveillance on the safety of food imports into Kenya. The results from maize imported from Uganda and Tanzania have revealed high levels of mycotoxins that are consistently beyond safety limits,” the letter reads.

Long queues of trucks were on Saturday seen at the Namanga border after the Kenya Revenue authority reportedly denied the trucks entry into Kenya. 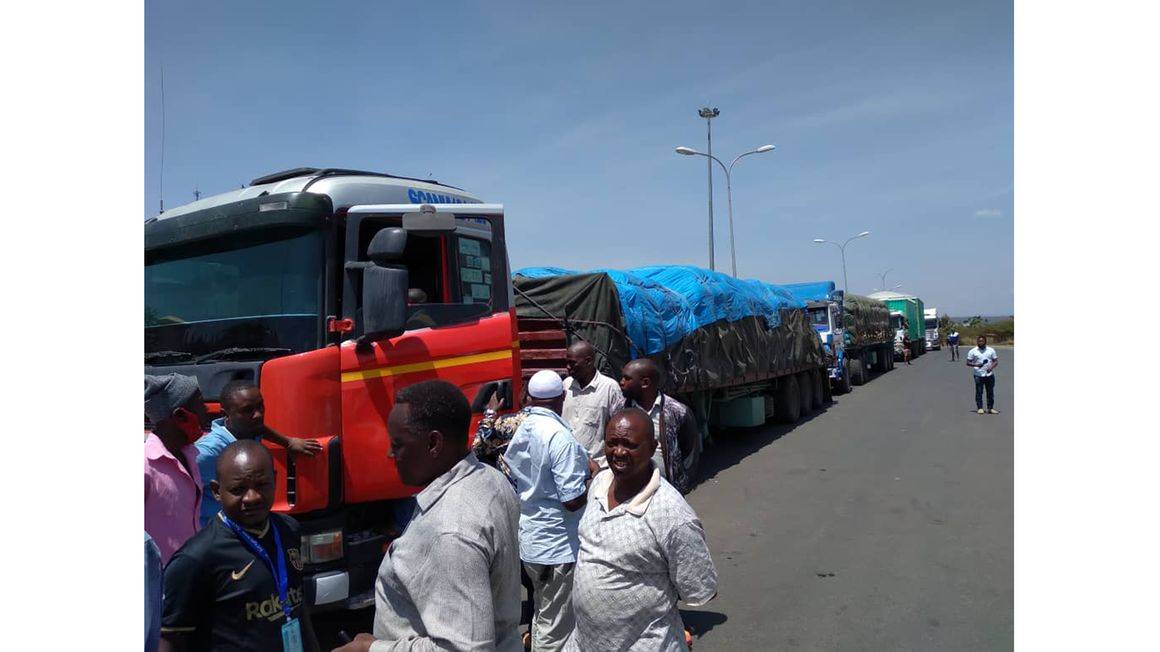 Trucks loaded with maize from Tanzania parked at the Namanga border today. Photo| Filbert Rweyemamu
While in Longido District today, the deputy minister of Agriculture Bashe said the Government of Tanzania is taking the ban of maize imports seriously.

"The government is closely monitoring the ban and I can assure business people and the general public that the government will continue to protect its interests," Bashe said.

According to Kenya’s body charged with regulating, developing and promoting scheduled crops, the importation of the crop has been stopped with immediate effect as they work on seeing the way forward with the two countries.

“The Republic of Kenya is however committed to facilitating safe trade with her trading partners and look forward to working closely with all stakeholders to address the concern.”

The news will hit hard traders and farmers who earn a living off the maize sold to Kenya which has since become the leading export to Kenya.

Mycotoxinsare naturally occurring toxins produced by certain moulds (fungi) and can be found in food.

The moulds grow on a variety of different crops and foodstuffs including cereals, nuts, spices, dried fruits, apples and coffee beans, often under warm and humid conditions.

Mycotoxins are capable of causing disease and death in humans and other animals. 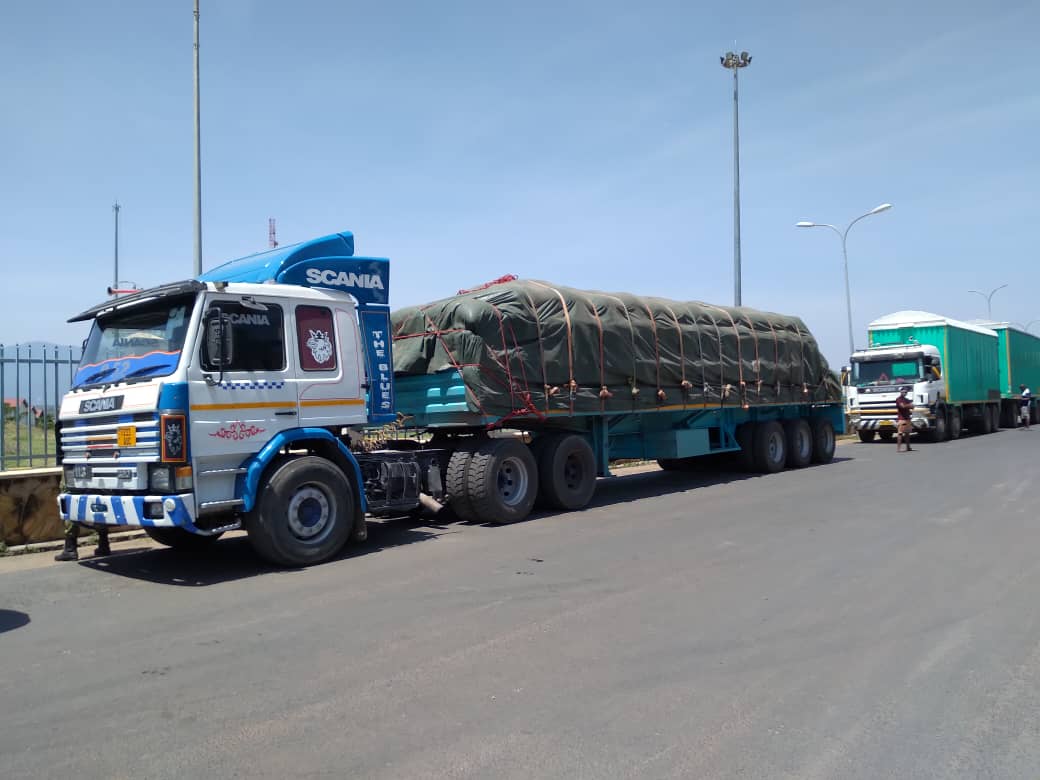 What next for Tanzania maize after Kenya ban?​

This follows an internal letter by the Kenya’s Agriculture and Food Authority which is ministry of Agriculture, Livestock, Fisheries and Cooperatives communicating the decision to the commissioner of customs at the Kenya Revenue Authority (KRA).

The letter says according to the authority’s surveillance of food imported to Kenya from Tanzania and Uganda has revealed presence of higher levels of mycotoxins that are consistently beyond safety limits.

Mycotoxins particularly aflatoxins and fumonisins are known to be casinogenic, saying over the years acute and chronic aflatoxin related illness cases have been recorded in Kenya including deaths, according to the letter.

“We wish to bring to your attention that Agriculture and Food Authority has stopped any further imports of maize into Kenya with immediate effect,” reads the letter, adding.

“The Republic of Kenya is however committed to facilitating safe trade with her trading partners and look forward to working closely with all stakeholders to address the concern.”

But, the Permanent Secretary in the ministry of Agriculture Gerald Kusaya told The Citizen that no official communication has been availed to the country.

Mr Kusaya also questioned that even if the communication would have reached the country, the pending issue would be where the tests that discovered presence of mycotoxins took place.

“We reserve further comments pending receiving official communications,” he said over the phone.

The head of Government Communications at the ministry of Foreign Affairs and East African Cooperation, Mr Emmanuel Buhohela said the docket hasn’t received any official communication from Kenya.

Mr Bashe who was accompanied by the Tanzania Bureau of Standards (TBS) director general Yussuf Ngenya said despite the fact that no official communication has been made to the country he has confirmed that the social media reports that violate bilateral trade relations were true.

“The ministry of Agriculture is looking on the matter with great seriousness. We are waiting for formal complaint from Kenya in accordance with procedures,” he said.

He said even in the event of one or two incidents the Kenyan government should not draw conclusions to the entire maize industry without involving a wide range of institutions that should communicate during challenges.

He said since Tanzania and Kenya are EAC members their differences had to be resolved through procedures governing the regional body instead of tarnishing the image of Tanzania’s produce.

“Our Kenyan colleagues should take world-renowned measures that if they take a sample in one consignment and find a problem that is serious they have a responsibility to write to us (None Compliance Note) indicating who the load is and country/place of origin for further management and actions,” he said.

For his part, Mr Ngenya said no official complaints have been received from Kenya about the quality of maize from Tanzania according to cooperation procedures between the two countries.

“It is a common practice to provide official information when there are challenges caused by the quality of products, but no reports have been submitted so far,” he said.

Mr Rafael Augustino an agent at the Namanga border said on Friday that 15 trucks loaded with maize that had crossed to the Kenyan border had been restricted to continue with the journey.

He said the move would increase the cost of doing business if drivers will continue to stay at the border contrary to earlier plans. 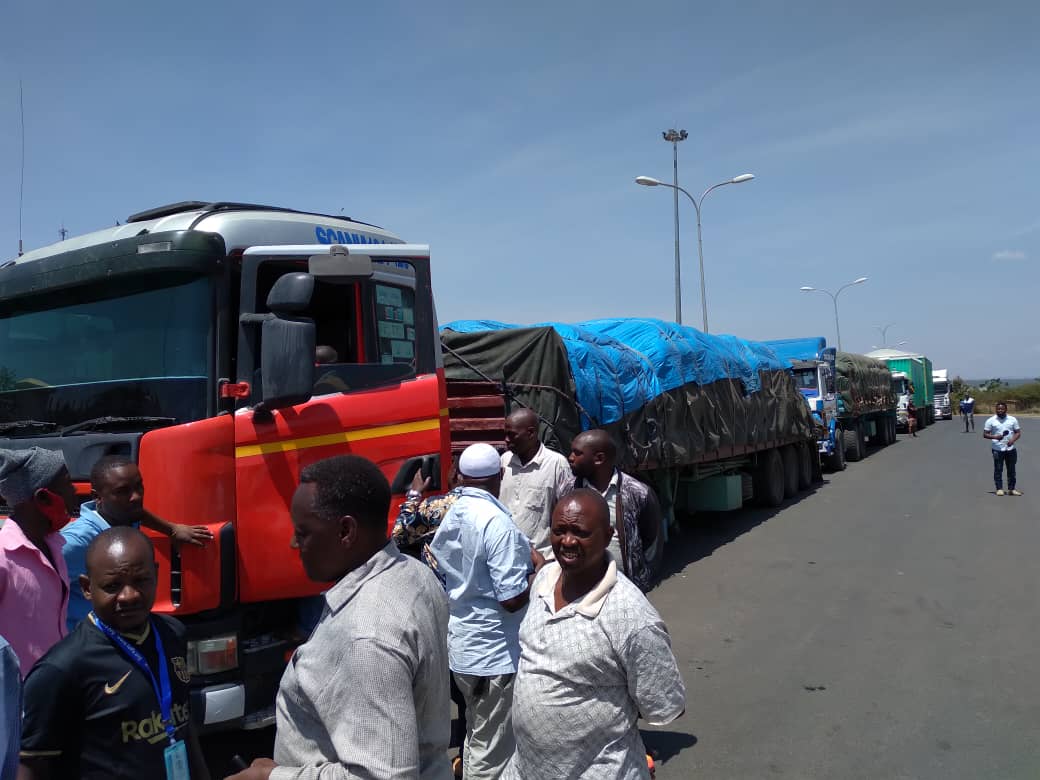 What next for Tanzania maize after Kenya ban?

The government yesterday said it hasn’t received official communication from Kenya on the decision to ban maize importation to the East African Community (EAC) member state. 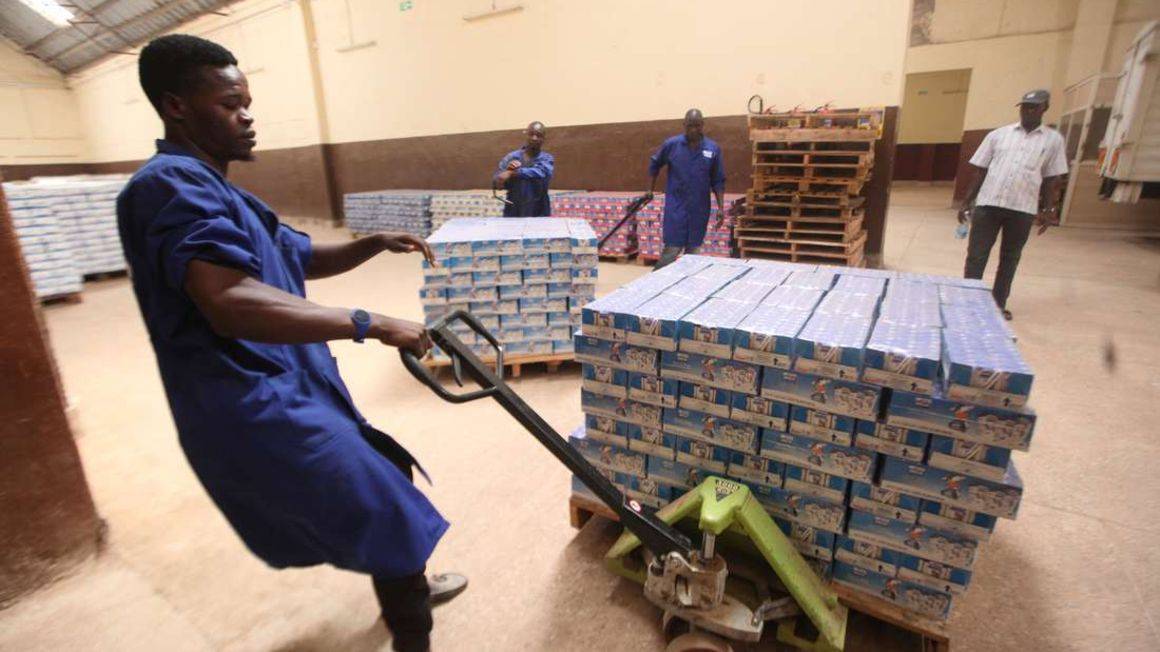 Kenya and Uganda trade relations are on the verge of straining once again with Kampala accusing Nairobi of stopping its milk from accessing the country, and threatening to drag the matter to the East African Court of Justice.

Uganda’s State Minister for East African Affairs Julius Maganda said his country is not ruling out taking Kenya to the regional court over continued trade blockade of many of its farm products.

Kenya has in the last one year had trade related tensions with its landlocked neighbour, especially on milk products, which saw the Nairobi confiscate hundreds of tonnes of Lato milk from Uganda in 2020.

“We have requested for the Attorney-General to put the matter to the community’s business council as we wait for what will come out of the summit scheduled for February 26 and 26, but if all the options fail, we are considering going to court,” Mr Maganda was quoted by Uganda’s media.

The Ugandan Parliament has also raised the matter saying Kenya has blocked their products over the last three years, pointing out that it is unfair, yet it (Uganda) acts as a ‘supermarket’ for Kenyan made goods.

“I am concerned about the inability to exercise the principle of reciprocity; the Ugandan government has been slow on acting yet farmers are suffering and there is nothing they are doing about their suffering,” Ms Kadaga is quoted by the media.

This comes at a time when Agriculture Cabinet Secretary Peter Munya has announced tighter measures to control the imports of milk coming in from Uganda.

Mr Munya said he had put on notice unscrupulous traders who are illegally importing dairy products through the porous border points near Lodwar, Kacheliba and Ororo and others who are trading with illegal imports in Mombasa and Eastleigh.

The CS said the current good prices of milk that farmers are enjoying is a result of control of cheap imports into the country.

Kenyan farmers last year raised concern over the influx of cheap Ugandan milk in the country, which saw the price of a litre of milk drop to a low of Sh19. The prices have so far rebounded with the same quantity going for over Sh35. 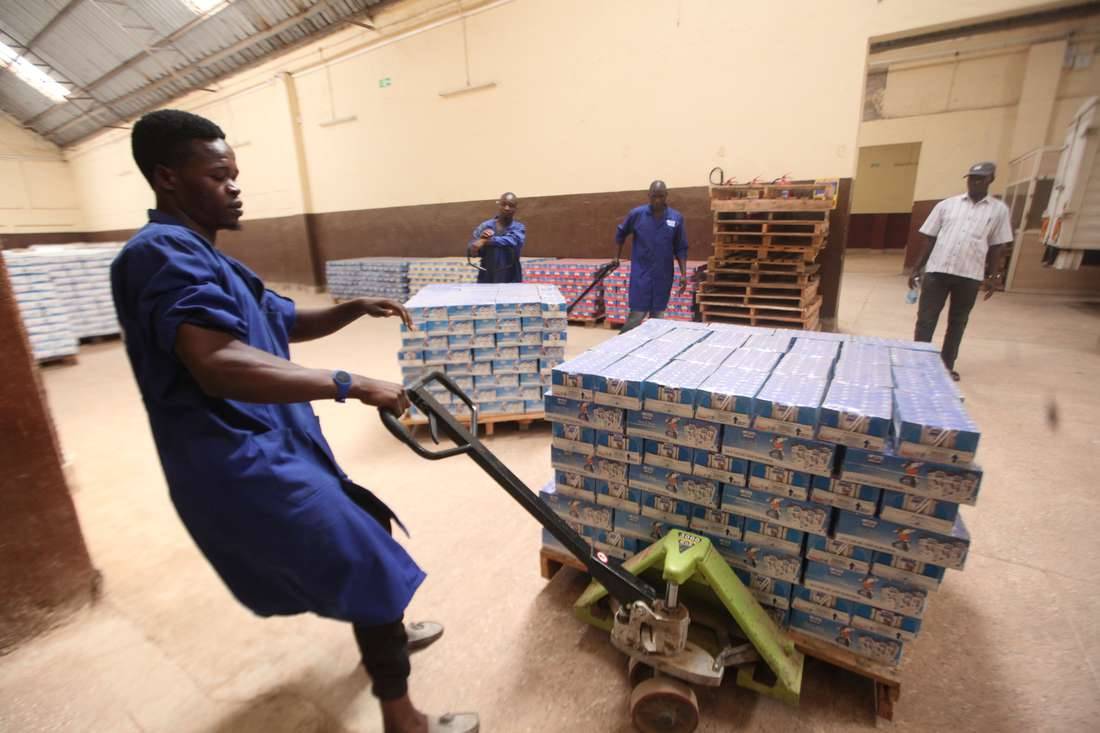 Kenya and Uganda trade relations are on the verge of straining once again with Kampala accusing Nairobi of stopping its milk from accessing the country.

Tz ni mnyonge! what will u do that will not kill u even more


Here is what Deputy Minister of Agriculture had to say!