Actress Marzieh Vafamehr has been sentenced to a year in jail and 90 lashes for her role in a film about the limits imposed on artists in the Islamic republic, an Iranian opposition website reported Sunday.

"A verdict has been issued for Marzieh Vafamehr, sentencing her to a year in jail and 90 lashes," Kalameh.com reported.

"Her lawyer has appealed the sentence, which was handed down yesterday (Saturday)," the report added, without giving further details.
Vafamehr was arrested in July after appearing in "My Tehran for Sale," which came under harsh criticism in conservative circles.

The film, produced in collaboration with Australia, tells the story of a young actress in Tehran whose theatre work is banned by the authorities. She is then forced to lead a secret life in order to express herself artistically.

The Fars news agency said the movie had not been approved for screening in Iran and was being distributed in the country illegally.
Vafamehr was released in late July after posting unspecified bail.

There is no freedom "for women" there? Sharia law is deeply and irrevocably discriminatory against women. I believe this woman refused to be a second class citizen and this is what she gets under sharia laws.

Pole sana. Challenging unfair laws is actually participating in the positive reforms. that was the main thinking of M.L. King Jr, 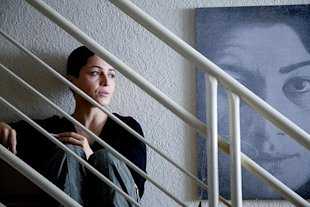