I want to kiss her

Five men end up stranded on a tropical island. The only female around is a gorilla on the other end of the island.

So he grabs a bag and storms off to the other side of the island with his pals right behind him. They catch the gorilla, each guy grabs an arm or leg and Garry puts the bag over the gorilla's head. He climbs on top of the gorilla and begins to do the nasty.
The gorilla fights and struggles and finally gets an arm free and she wraps it around Garry's back. Then she gets both feet free and wraps them around Garry's waist. She gets her other arm free and grabs on to his hips and starts pulling him in harder and harder.

mhhhhh .... next they will do it with a rabbit if not between themselves

naimaomari said:
mhhhhh .... next they will do it with a rabbit if not between themselves
Click to expand... 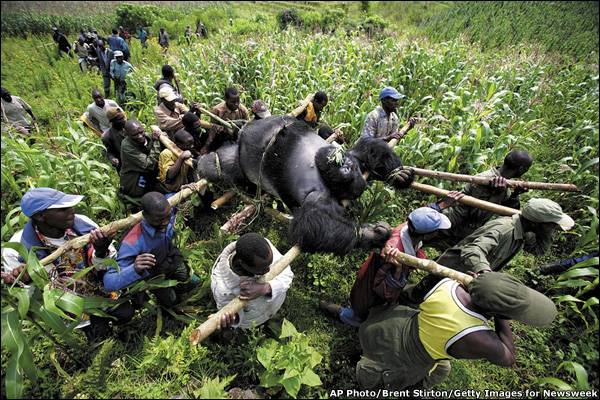 loading....network error :-*
You must log in or register to reply here.