BEIJING  A 26-year-old Ohio State University graduate worth $16.2 billion is mainland China's richest person, the business magazine Forbes said Monday, topping a list of tycoons whose wealth has soared amid a boom in stock and property prices.

The fortune of Yang Huiyan  also Asia's richest woman  is based on shares in Country Garden Holdings, a real estate developer founded by her father, Forbes said. It said the company's Hong Kong stock market debut this year made billionaires of Yang and four other people.

In second place was another developer, Hui Wing Mau, with a net worth of $7.3 billion. No. 3 was Guo Guangchang, chairman of a manufacturing, retailing and real estate conglomerate, with a fortune of $4.85 billion.

Their rise reflects a sharp increase in Chinese real estate prices over the past year despite government efforts to restrain a boom that it worries could ignite a debt crisis or leave the country's poor majority without affordable housing.

Yang also represents an unusual case of second-generation wealth in China, most of whose richest people are self-made entrepreneurs still in their 30s and 40s. 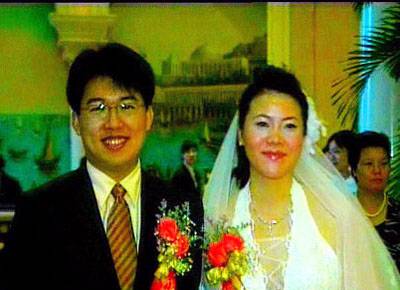 Her net worth was more than seven times that of last year's richest mainland Chinese person, appliance retailer Huang Guangyu, who was worth $2.3 billion. Huang, also known as Wong Kwong-yu, dropped to No. 10 on this year's list, even though his net worth rose more than 50% to $3.6 billion.

Forbes said it compiled its list by looking at shareholdings in public companies and estimating what holdings in private entities would be worth if public.

The list excludes Hong Kong, home to some the region's richest business people, such as tycoon Li Ka-shing.

The China list's rankings change sharply from year to year, reflecting the rapid evolution of the booming economy, which expanded by 11.9% in the most recent quarter.

This year, there were 20 new names among the list's top 40 richest people, Forbes said.

Yang was one of 12 real estate developers among the top 40, Forbes said.

Yang's father, Yeung Kwok-keung, also known as Yang Guoqiang, grew up in poverty in southern China's Guangdong province and worked as a bricklayer before becoming a developer in the early 1990s, according to Hong Kong news reports.

In 2005, the press-shy Yeung transferred his shares to his daughter, who sits on Country Garden's board as an executive director and works in its logistics activities, according to Forbes.

Guangdong, which abuts Hong Kong, produced 13 billionaires, more than any other province, the magazine said. The booming province is the heart of China's export-driven light manufacturing industries.

thats nice for her, but I think she just inherited it so its her challenge to mantain it

According to the Chinese people there are a lot more Chinese men who prefer not to disclose how much money they have, who are more wealthier than her.
You must log in or register to reply here.

The top 5 Richest Politicians in the World...