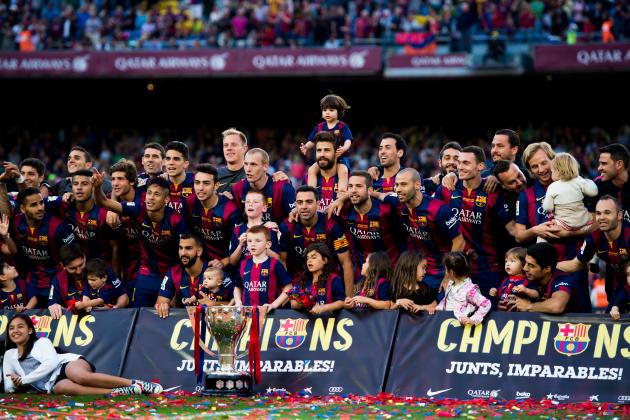 I don't understand what is happening here...there must far more going on than we imagine. This transfer makes no sense.

1. If the club need to sell to make money, why in the world do they settle for this bullshit 16 million? It is absurd, and if for no other reason, I won't believe it until the club confirms it.

2. How in the world can we be that broke when debt service on the stadium can be paid with less than half our match day revenue according to PHW? The stadium was supposed to make us a truly big club, when exactly are we going to start acting like it?

I can't believe Henry made this happen (if it is indeed true) but if he did...he is a traitor, a coward and I'll be glad to see him go. Only a ***** would leave Arsenal like this. If it is true I'll be very disappointed because I think better of Henry.

4. Does Barca really want Henry and Ronnie playing together? I think they'll be like Zindane and Henry and struggle to click. They take up virtually the same positions on the pitch, they are both divas, and both need a team built around them. Maybe rumors of Ronnie leaving this summer have some merit. (If Ronnie does leave then Arsène can learn something from Barca about buying replacements).

5. I can't believe Arsenal can move forward without replacing Henry, and it stretches the imagination to think Arsène will buy one of the few players would could hope to fill his shoes. Torres? Eto'o? Tevez? Does anyone see them playing for us next year? Will Arsène truly buy both Pato and Rennato like people on here were speculating recently? I can't see any of those things happening, but maybe I'm wrong.

For these and so many other reasons this just doesn't make any sense.

This is not good news to Arsenal. Arsenal built a new stadium based on assumption that Thierry was there to stay for at least another 4 years, but it seems he was devastated by the departure of his beloved friend Arsenal vice-chairman David Dein. Another long season for Arsenal fans...

When he got injured at the beginning of the season, and Van Persie was on fire, thats when it was confirmed that we can live without Thierry Henry. The biggest loss last season was Van Persie.

Thierry Henry was not captain material, cos when things didnt go his way, he would get moody and his head would go down. I think he was given the captaincy to make him happy and give him control, but for me, he was never captain material.

Thierry Henry only wanted to play with certain players (maybe french speaking). Because I noticed that Baptista was never welcomed by Henry, and I believe Baptista is one hell of a player. You could see when Baptista made a pass and it didnt go to Henry's wishes, he would hand his slap, slap his thighs akitukana. But he never did that with Adebayor. So am sad to see Baptista go, and am sure this affected him for the whole season. I feel Baptista is a bigger loss. The guy has skill, power and pace. Thierry Henry is the reason Reyes dont wanna be in England. Thierry Henry is just one big sulking baby.

Arsenal survived when Ian Wright left (and I never believed Arsenal will have a better poacher). They have never replaced Ian Wright, but they got different kind of players, who were great in their own way, such as Bergkamp (who is the true legend). Then there was sulking Anelka, maybe Arsene should buy him back. He left, then Henry himself.

So I think Arsenal need a finisher, killer instinct (who is proven goal scorer)....cos whatever the case, good balls will be delivered in the penalty box; so Owen, Benni McCarthy, Anelka (if Wenger dares), Klose, Tevez (more complete player), Forlan.

I believe Wenger will do the right thing. The only worry is, he is not considering to renew his contract. Which means, good players may be unwilling to join if the coach is leaving. And I think the biggest loss will be Arsene Wenger himself. As for Barcelona, looks deadly on paper for next season, but if they couldnt tame the egos of Eto and Gaucho (which lost them the league), then they really are stirring the pot with adding the Primadonna of English football.

Arsenal = A collection or supply of weapons or munitions.