Former Thai PM Thaksin Shinawatra has returned to his homeland, 17 months after being deposed in a military coup.

Thousands of flag-waving supporters, including key figures in the newly elected government, gathered at Bangkok's main airport to greet him.

Mr Thaksin was taken straight to court to face charges of abuse of power during his time in office - charges he insists are politically motivated.

He was granted bail and told not to leave Thailand without permission. 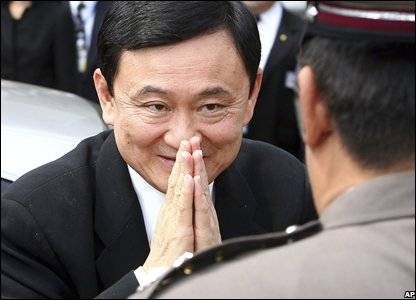 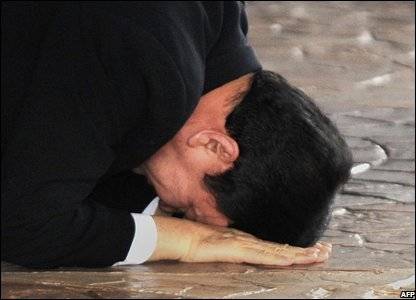 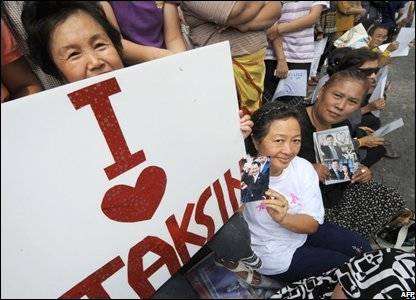 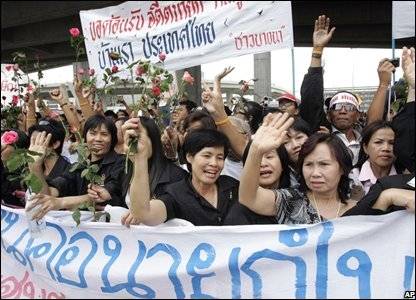