The pair exchanged vows Tuesday on a private island off Bora Bora in French Polynesia in front of a small group of family and friends, their representatives told People magazine. 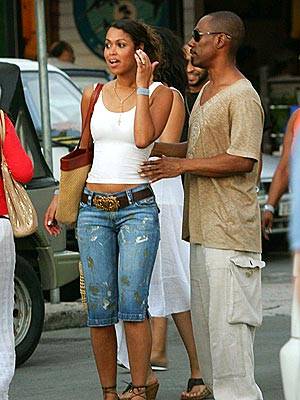 Murphy and Edmonds began dating last fall and were engaged in July.

Murphy, 46, has five children from his marriage to Nicole Mitchell Murphy, who filed for divorce in 2005. He also has a daughter with Spice Girls singer Melanie Brown. 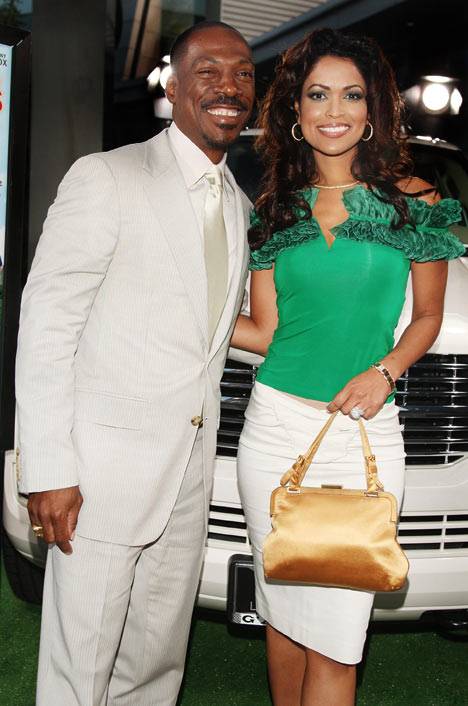 Edmonds, 40, has two sons from her 13-year marriage to singer Kenneth "Babyface" Edmonds. As head of Edmonds Entertainment Group Inc., she has produced the film and television series "Soul Food."


This tells you that Eddie aint that bright. Always use a condom. Its only takes one nutt to have a chick looking like this:

FUNNYMAN EDDIE MURPHY and his bride have SPLIT - days after it was revealed their Pacific isle wedding three weeks ago was not legal anyway.

The break-up comes after the couple tied the knot in a romantic New Year's Day beach ceremony on a private island off Bora Bora in the South Pacific.

It later emerged they should have lived there a month to make the marriage legal under Polynesian law.

Last night a "proper" ceremony they had been planning in Tinseltown was called off - leaving multi-millionaire Murphy, 46, in paradise over his lucky escape.

Lawyers for the star - father of SPICE GIRL MEL B's baby daughter ANGEL IRIS - were double-checking with officials on the island that he was still single.

Only couples who wed in the town hall in front of the mayor are exempt from the 30-day residency rule.

Murphy, who split from his first wife in 2006 after 13 years, refused to comment.

Eddie Murphy's 'marriage' to Tracey Edmonds ended because her kids "hate" him and she refused to take his surname.

Eddie Murphy's 'marriage' to Tracey Edmonds ended because her kids "hate" him.

The actor and film producer - who announced they had split on Wednesday (16.01.08) - reportedly had a blazing row with Tracey's sons Brandon and Dylan which ended with her branding Eddie's mother Lillian a "b***h".

A source is quoted by MSNBC.com as saying: "Tracey's kids hate Eddie. They had an argument that ended in Edmonds calling Eddie's mom a b***h.

"Eddie was also upset that Tracey was refusing to take his last name after their 'wedding' ceremony."

On Wednesday the pair - who exchanged vows in a "symbolic union" on a French Polynesian private island in Bora Bora on New Year's Day (01.01.08) - released a statement saying: "After much consideration and discussion, we have jointly decided that we will forego having a legal ceremony as it is not necessary to define our relationship further.

"While the recent symbolic union in Bora Bora was representative of the deep love, friendship and respect we have for one another on a spiritual level, we have decided to remain friends."

The pair are officially single under the eyes of Polynesian law, which dictates newlyweds must live there for a month to make their marriage legally binding.

Meanwhile, it has been reported that someone who attended the Bora Bora ceremony is attempting to sell video footage of the day for $1 million. One entertainment news show is said to have already offered $50,000.

Eddie's representative insisted: "None of Eddie's friends would ever do that."

Eddie has five children from his marriage to Nicole Mitchell Murphy, who filed for divorce in 2005. He also has a daughter, Angel Iris, with Spice Girl Mel B.

Tracey's sons are from her 13-year marriage to singer Kenneth 'Babyface' Edmonds.