Academics yesterday criticized the government over high-profile graft, excessive donor dependency and increased economic imbalances between the haves and have nots.

We are not honouring the legacy of Mwalimu,`` said Prof. Issa Shivji, at an academic forum to mark the 8th Anniversary of Mwalimu&#65533;s death.

Shivji criticized the present leadership for failure to come up with a focused national-wide social vision to induce equitable individual economic development and pull millions of Tanzanians out of abject poverty.

The don described the country`s Poverty Reduction Strategy (MKUKUTA) and the fourth-phase government` widely-pronounced slogan of ``better life for all`` as mere projects with insufficient impact on realities on the ground.

Time has come for academics to launch a fresh debate the Mwalimu`s Vision: The Arusha Declaration. In my view, this is a national social vision designed to benefit all, which could still be applicable even today,`` he said.

``Better life for all is not a realistic vision. These are examples of projects seeking to benefit a group of few people in the system,`` he said.

Prof Shivji proposed that Tanzania goes back to the Arusha Declaration vision, Mwalimu&#65533;s brainchild, so as to enhance equitable development and bridge the widening gap between the haves and have nots.

A prominent media expert, Jenerali Ulimwengu, said the present current peace, cherished throughout the country, was created by Mwalimu during his rule but could disappear if trends of massive corruption and related evils were not halted.

``It is a total misconception to think that peace, national unity and solidarity, came from the air. These were created by Mwalimu`s good policies and leadership.

But there would be no peace in the presence of massive corruption and violation of people`s rights,`` Ulimwengu said.

``The present leadership should not preach existing peace as a policy. If serious concerns and problems of wananchi are not adequately addressed, peace will automatically disappear. Peace will then turn into chaos and conflicts,`` he added.

He also criticized excessive financial dependency on donor assistance, saying the tendency was likely to take the nation out of its economic and social development targets.

``Creditor countries and international financial institutions are excessively controlling our national economic decisions because of dependency on donor finances.

Time will come when the national budget would be drafted in US, and the task of our Finance Minister would be &#65533;copy and paste`, and make some small changes,&#65533; he said.

In his paper, Professor Mwisige Baregu, blamed African nations for blindly embracing new forms of colonialism and economic integration initiatives between the Western and poor nations.

He was particularly critical over the Aid-for-Trade initiative, and proposed instead that African governments focus on integration for increased agricultural production.

``African nations can also look for other alternative partners, from the Far East and other parts of the world, rather than stick to their former colonial masters, who are the major source of underdevelopment in the continent,`` said Professor Baregu in a paper presented on his behalf by another lecturer, Bashiru Ali.

Nothing more can be said and done. It is an uncalled for disaster. 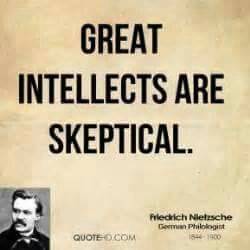