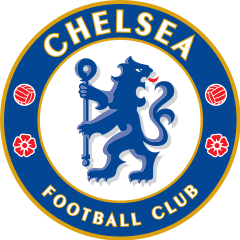 Nickname(s): The Blues, The Pensioners

I take the challenge with all fans of Ze Bluz.
Leo mumeona vile tumetembeza kibano?

THREE IS A MAGIC NUMBER ... Nicolas Anelka celebrates his hat-trick
​
From MARK IRWIN at Stamford Bridge

ROY KEANE wasnt bowled over when he first ran into Frank Lampard 10 years ago.

In fact the Manchester United captain was distinctly underwhelmed by the chunky West Ham youngster.

But after watching Lampard score his 100th Premier League goal, Keane has reassessed his opinion of the most prolific midfield player in the game.

In typically forthright fashion, Sunderland boss Keane said: Seven or eight years ago I wasnt Lampards biggest fan, having played against him.

Hes not the most naturally gifted player in the world, he was probably carrying a bit too much weight and he had a hell of a lot more to do as a footballer.

But his all-round game has improved unbelievably over the last few years to the extent where hes now one of the best midfielders in the world.

Lampard has worked really hard and seems to be as hungry as ever. He plays a lot of games, hes a fit lad who looks after his body and when youve got a midfielder who can put the ball in the net, its bloody priceless.

All the great midfield players have goals in their lockers and Lampards record is incredible.

Chelsea chief Phil Scolari declared Lampard to be the best player in the world in his position after his team had taken poor Sunderland apart.

Keane said: Hes heading in the right direction. When you look at him and Steven Gerrard, my God, Fabio Capello is lucky to have such outstanding midfielders.

The hallmark of a top player is consistency, not over two or three years but over eight or nine. Thats what Lampard has achieved.

Cole ran the show until he was withdrawn by Scolari half-an-hour from the end.

Keane admitted: I used to like Cole more than Lampard when they were both at West Ham.

Hes naturally more gifted. We all knew about Joe even when he was still a kid. But, like Lampard, hes come on leaps and bounds at Chelsea.

Mind you, working with coaches like Mourinho and Scolari, youd have to be some kind of a fool not to improve.

Keane is convinced Chelsea will win the title. And the way they brushed his team aside as they stormed back to the top of the table has reinforced that belief.

Nicolas Anelka scored the easiest three goals of his career, none from farther than two yards, after Alex started the rout with Chelseas 1,000th Premier League strike. Even the gloomy Anelka is starting to smile after his flying start to the season.

He said: Its my first hat-trick for Chelsea and Im very happy.

Its always good to get goals but its easy to score in this team. We like to play as a team.

The most I have ever scored in a season is 25 for Manchester City. I will try to do better this time and I already have nine.

But what matters is for Chelsea to win more titles.

Scolari has already confirmed Anelka will start against Roma in the Champions League tomorrow despite Didier Drogbas return to fitness.

Anelka added: Normally I like to drop back, get the ball and dribble. But we have many players who can do that so I have to stay up front and be very patient.

Its been difficult to do that, to just stay around the penalty area. But its been working.

Keane pointed out that Anelka was a yard offside when he scored his first goal and believes his team should have been awarded a free-kick in the build-up to Anelkas second.

He was sent to the stand by referee Martin Atkinson for his half-time protests yet insisted: I wasnt swearing at him and I dont think I was too aggressive.

Every manager has the right to ask an official about decisions but his advice to me was not to come into the dug-out for the second half.

Keane was relaxed considering his team were taken to the cleaners. He said: My players kept going and thats all I ask.

We were outclassed. Its not a day to point fingers. Its important to praise Chelsea rather than criticise us.

Chelsea are trying to win titles and European Cups, were trying to build a club. Last year we finished 15th and we want to improve on that. But weve a hell of a long way to go. Chelsea are a top, top team.

But are they a great team? Not yet. They need a few more titles and to win in Europe. Then theyll be a great team.

Ab-Titchaz said:
I take the challenge with all fans of Ze Bluz.
Leo mumeona vile tumetembeza kibano?
Click to expand...

Kesho tutaangalia hapa kama mtakuwepo, si mnacheza na Roma (mambo yao kwenye Seria A sio mazuri?) Once upon a time they were nailed 7 by Man U.

You have hit the nail dude!

Cristian Ronaldo ndani ya Man U
2 3