Shi Zhengli was 'muzzled' by Chinese authorities following the discovered of Covid-19, it has been claimed, followed by allegations that China had deliberately suppressed or destroyed evidence about the coronavirus pandemic

INSIDE THE DOG MEAT MARKETS OF CHINA

The catastrophic chain of events, which started in China in December, has ended in a world wide pandemic with hundreds of thousands dead and billions of people now in lockdown.

Virologist Shi is the woman credited with unlocking Covid-19's genetic code within days after the outbreak first seemed to come to the public's attention.

Her work has now been passed to scientists around the world where experts are working day and night to develop both a cure and vaccine for the deadly bug.

But for seven days, China withheld this information from the rest of the world as the pandemic spread like wildfire. 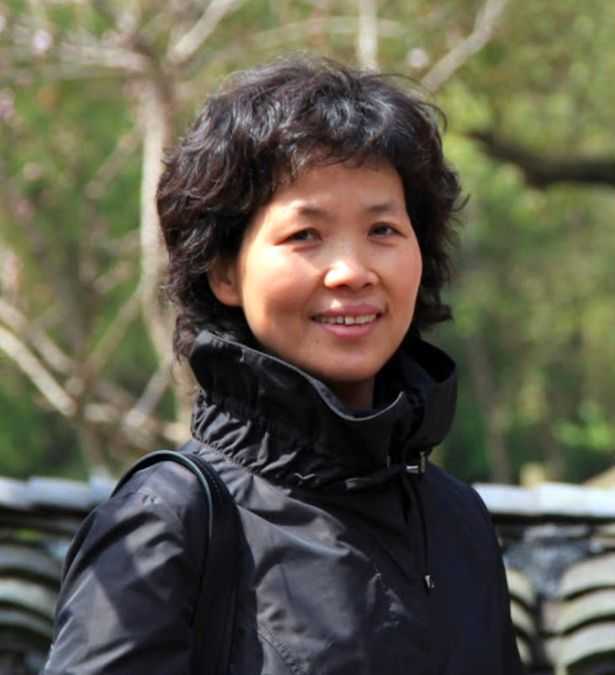 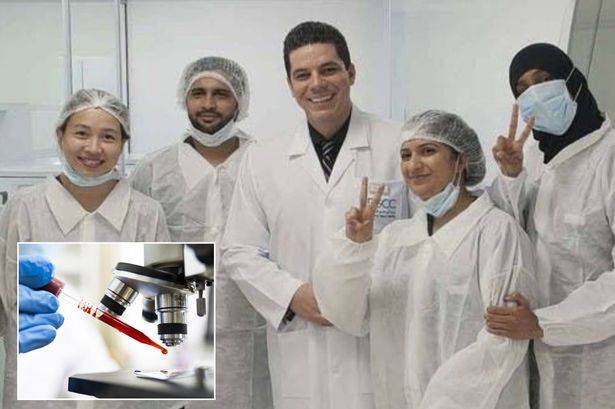 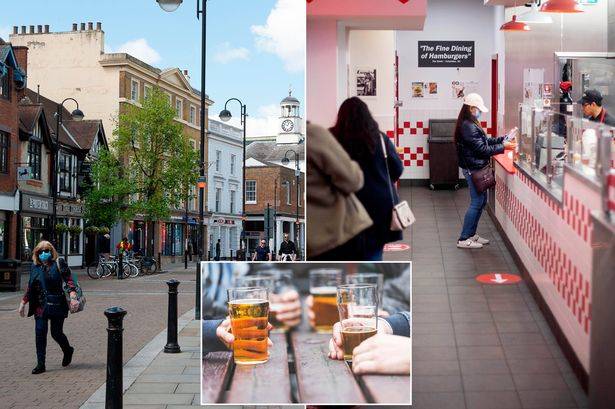 Shi was 'muzzled' from revealing her findings, which has prompted fears of a cover-up by the Chinese authorities.

And at the weekend, bombshell documents leaked which claimed China had deliberately suppressed or destroyed evidence about the coronavirus outbreak and hampered efforts to develop a vaccine.

The report - produced by the Five Eyes security alliance -accuses China of silencing doctors who spoke out, blocking news reports about the disease and denying it could spread between humans for weeks, despite knowing this was untrue.

This caused the “endangerment of other countries”, and sets out the case against the Chinese government, according to reports in Australia.

The 15-page dossier, by intelligence bosses from the US, Canada, the UK, Australia and New Zealand, was leaked to the Saturday Telegraph, raising grave concerns about research into deadly pathogens at the Wuhan Institute of Virology. 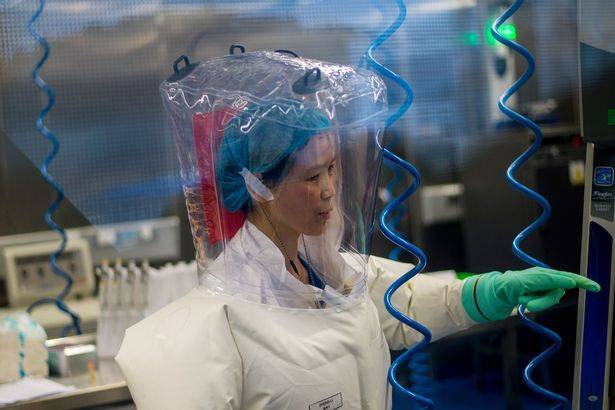 Chinese virologist Shi Zhengli at work in her lab in Wuhan (Image: AFP via Getty Images)

It also alleges that China continued to deny reports about the killer bug for weeks, giving it time to spread around the world.

Intelligence services reportedly believe evidence of the virus was destroyed in labs and requests to provide live samples to international scientists working on a vaccine were refused.

And the newspaper reports that the Australian government funded a team of Chinese scientists at a lab where deadly coronaviruses were genetically modified - even though they could be transmitted from bats to humans.

China has consistently denied that Covid-19 originated in a lab - a claim voiced again last week by US President Donald Trump.

Intelligence officials are said to be divided over whether the disease came from a laboratory or a wet market in the city of Wuhan. 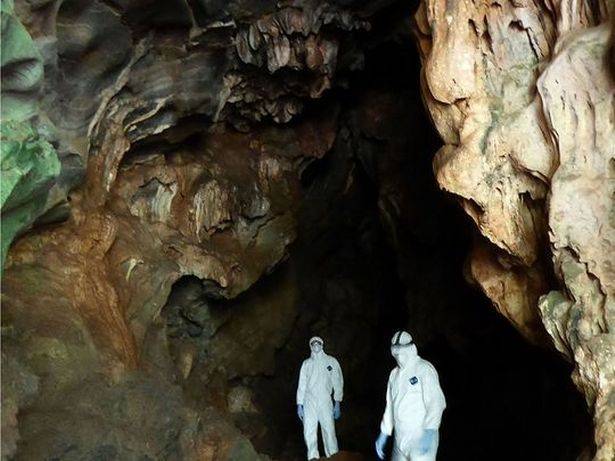 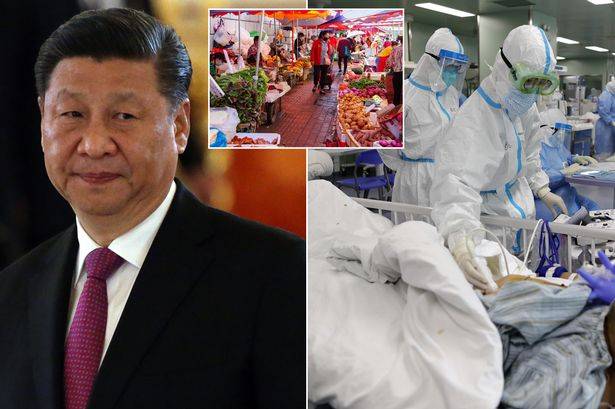 But the World Health Organisation has said scientists examining its genetic sequences have ruled that "this virus is natural in origin".

Even after the outbreak in Wuhan, the Chinese government locked down the city while telling the rest of the world such measures were not necessary, it is claimed.

The report claimed "millions" of people left the city before it went into lockdown, spreading the killer disease around the world.

The dossier claimed there was a “deadly denial of human-to-human transmission”, which has cost tens of thousands of lives, while doctors and scientists who spoke out were "silenced".

It is also alleged that China "bleached" wildlife market stalls and refused to provide live samples that could help find a cure. 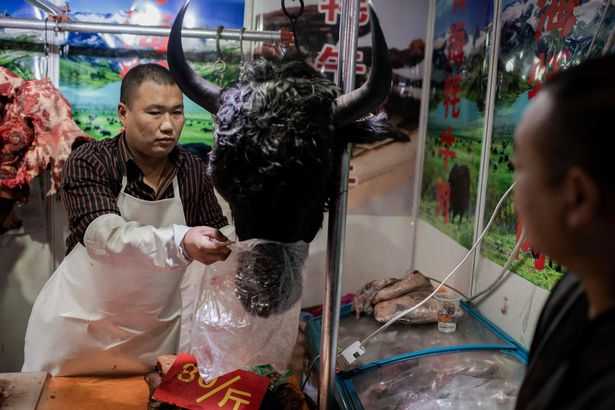 Intelligence agencies are investigating whether the virus could have accidentally leaked from a lab in Wuhan - with several studies led by scientist Shi said to be the source of concern.

Shi has worked as a virologist for the last 16 years and has discovered dozens of deadly SARS-like viruses in bat caves.

After studying samples taken from some of the first people to become infected with the new and then-mysterious respiratory illness in China in December she found it was similar to SARS.

It was identified as a novel coronavirus and within three days she completed its gene sequencing, finding that it was 96 per cent identical to a virus found in horseshoe bats in Yunnan, a process which can take months if not years.

And after spending her working life examining coronaviruses in bat populations, which has earned her the nickname Bat Woman, Shi was one of the first to receive the call when a handful of patients presented with symptoms that looked to be a new strain of the bug. 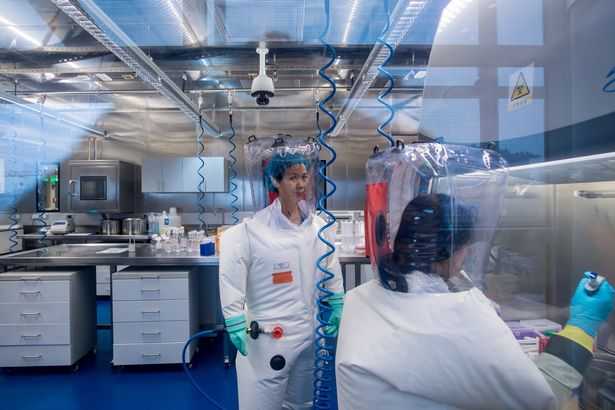 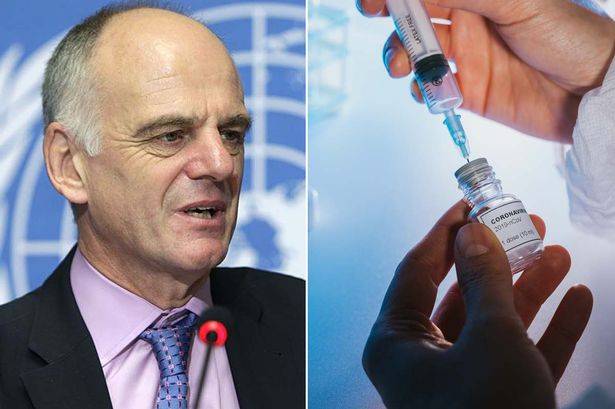 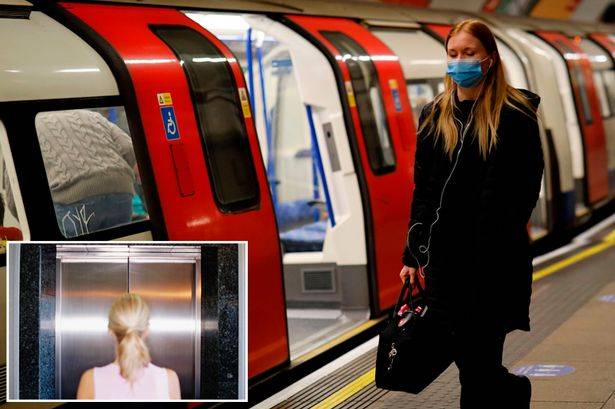 She was at a conference outside Wuhan but jumped straight on a train and back to her lab on December 30 last year.

For two months, Shi and her team worked tirelessly to not only identify the genetic code but to learn all they could about Covid-19.

She lived entirely on packet noodles and only recently has her life returned to something resembling normality.

But initially, Shi had one fear - her lab had been responsible for unleashing the virus on the world.

In the 16 years she had been working with bats, Shi had found the subtropical areas of China posed the biggest risk for the coronavirus being transmitted from animals to human - not the centre of the country where Wuhan is located. 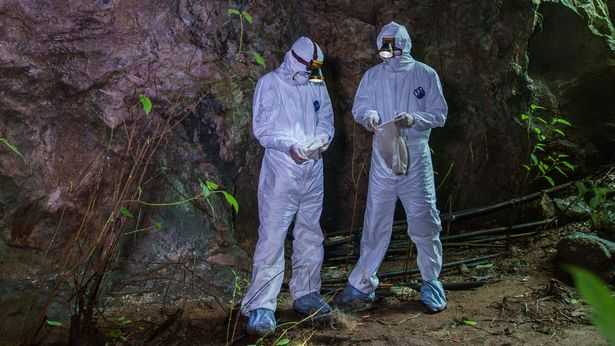 A cave full of wild bats was discovered in 2004 (Image: EcoHealth Alliance)

She said: "I had never expected this kind of thing to happen in Wuhan, in central China. I remember thinking 'could they have come from our lab?'"

Over the next few worrying days it emerged it did not seem to be a leak and the virus had likely had several previous, small, outbreaks before emerging in Wuhan at one of the city's controversial wildlife markets, Shi has insisted.

However, an entire year before coronavirus pandemic outbreak, Shi made a chilling prediction about the threat of such a disease spreading around the globe.

In a study stressing the importance of researching the threat of bats and coronaviruses, Shi warned of the likelihood of a pandemic exactly like the one the world is currently battling.

Shi, who is the deputy director at the Wuhan Institute of Virology, was one of three experts to pen the disturbing report.

It analysed the three previous coronavirus outbreaks - SARS, MERS and Swine Flu - and looked at how likely another pandemic was.

Find out how Covid-19 is affecting where you live by adding your postcode.

Find out how many cases of coronavirus there have been where you live in the widget above - and get an even more detailed breakdown when you click through to our sister site InYourArea..

The report warned that all three of the outbreaks could be traced back to bats and that two of them had originally come from China.
It added: "Thus, it is highly likely that future SARS- or MERS-like coronavirus outbreaks will originate from bats, and there is an increased probability that this will occur in China.

"Therefore, the investigation of bat coronaviruses becomes an urgent issue for the detection of early warning signs, which in turn minimizes the impact of such future outbreaks in China."

The report also warned of the risks of China's wet markets, where live animals were sold for food.

It said: "Chinese food culture maintains that live slaughtered animals are more nutritious, and this belief may enhance viral transmission."

Shi and her team were warning as far back as 2018 that bats could pass coronaviruses to humans.

I think here there's lesson .
You must log in or register to reply here.