A new report has indicated that Sub-Saharan African countries, Tanzania included, are facing the risk of an increasing antimicrobial resistance.

The multi-country research on Antimicrobial Resistance (AMR) in Africa released recently during a meeting held at the African Union headquarters-Addis Ababa, provides insights into the AMR burden and antimicrobial consumption in 14 African countries, including Tanzania.

However, in all these countries, most available data pertaining to AMR were based only on statistical modelling.

The report finds that only five out of the 15 antibiotic-resistant pathogens designated by the World Health Organization (WHO) as priority pathogens were being consistently tested, and that all five demonstrated high resistance.

It also reveals lack of laboratory capacity and erratic use of available antibiotics, with only 1.3 percent of medical laboratories conducting any bacteriology testing.

According to the director of pharmaceuticals services and chief government pharmacist, Mr Daudi Msasi, Tanzania was one of the first 14 countries in Africa that launched implementation of the AMR by preparing various guidelines for the fight against drug-resistant parasites.

He said despite posting poor results, Tanzania was able to prepare a report on the measures taken to deal with the effects of antimicrobial resistance. He noted that initiatives which are underway indicate great optimism to curtailing the global menace in the country.

“In Tanzania, we have a multi-sectorial coordinating committee that meets every quarter to discuss and check what the studies say. There is a work plan to implement AMR that is being implemented and we have already finished reviewing it, and are now ready to launch another strategy next week (during the World Pharmacists week, starting September 25),” he told The Citizen.

Mr Msasi noted further that they were proud that for the first time, African countries were able to produce their own data regarding the resistance despite limitations, including lack of laboratories (equipped), shortage of professionals, among other setbacks.

“We need to build capacity for laboratory professionals and make our laboratories more aggressive in tracking all pathogens,” the chief pharmacist said, noting that he was glad that Tanzania was among the countries that were on top of the agenda.

“As a country, we have developed a guide that is a strategic plan to fight resistance. We have completed five years, and are now developing another one that will see us setting other milestones,” he explained.

Tanzania, in 2017, launched the National Action Plan on Antimicrobial Resistance to curb the then rising threat and deter misuse of antibiotics among its citizens.

The five-year initiative involved action to combat the looming threat through raising awareness and changing behaviour, a move that until today, according to an expert from the Pharmaceutical Society of Tanzania (PST), Mr Ayubu Raymond, requires a change of gear in order to restrain the threat.

Although data on antibiotic resistance are hard to come by in Tanzania, health authorities are certain that resistance to commonly used antibiotics such as ampicillin, tetracycline and ciprofloxacin is significant.

According to reports, the global public health threat has the potential to kill 10 million people by 2050, let alone ravaging the economy, according to the WHO.

The WHO has repeatedly stated that AMR was a global health priority and the leading public health threats of the 21st century. A recent study from the University of Washington estimated that, in 2019, nearly 1.3 million deaths globally were attributed to antimicrobial resistant bacterial infections.

That same study found that Africa has the highest mortality rate from AMR infections in the world, with 24 deaths per 100,000 attributable to AMR.

The problem, which mostly affects poor countries in sub-Saharan Africa, occurs when bacteria, fungi or viruses become unresponsive to drugs and evolve to resist it, notes Mr Raymond.

In Tanzania, where cash-strapped people often rush to a local pharmacy to buy over-the-counter antibiotics at the slightest hint of a fever or cold, the prevalence of infections with multi-drug resistant bacteria is high, according to the expert.

More about the research

The multi-year, multi-country study was carried out by the Mapping of Antimicrobial Resistance and Antimicrobial use Partnership (MAAP), a consortium spearheaded by the African Society for Laboratory Medicine (ASLM), with other partners…

“Africa is struggling to fight drug-resistant pathogens, just like the rest of the world,” said D Pascale Ondoa, Director of Science and New Initiatives of the African Society for Laboratory Medicine (ASLM).

“But our struggle is compounded by the fact that we don’t have an accurate picture of how antimicrobial resistance is impacting our citizens and health systems. This study shines much-needed light on the crisis within the crisis,” he added.

Researchers found that most laboratories across Africa were not ready for AMR testing with only 1.3 percent of the 50,000 medical laboratories forming the laboratory networks of the 14 participating countries conducting bacteriology testing.

However, of those, only a fraction can handle the scientific processes needed to evaluate AMR. Researchers also found that in eight of the 14 countries, more than half of the population was out of reach of any bacteriology laboratory.

“The paucity of antimicrobial resistance testing services for 10 out of 15 of the priority pathogens identified by the WHO for causing the greatest threat to human health indicates that AMR levels are likely underestimated, which may directly impact patient care,” Dr Geetanjali Kapoor, Head, One Health Trust, was quoted as saying by a media statement after the Addis Ababa event.

Across the 14 countries, clinical and treatment data were not being linked to laboratory results, making it hard to understand what’s driving AMR. Out of almost 187,000 samples tested for AMR, around 88 percent had no information on patients’ clinical profile… The remaining 12 percent had incomplete information.

Based on the findings, MAAP was calling for a drastic increase in the quality and quantity of AMR and AMC data being collected across the continent, along with revised AMR control strategies and research priorities.

“The future of modern medicine and our ability to treat infectious diseases reliably hinges on our ability to control AMR,” said Dr Ramanan Laxminarayan, Director and President, One Health Trust. “This study is an important step forward for Africa’s health systems and the health of people across the continent.” 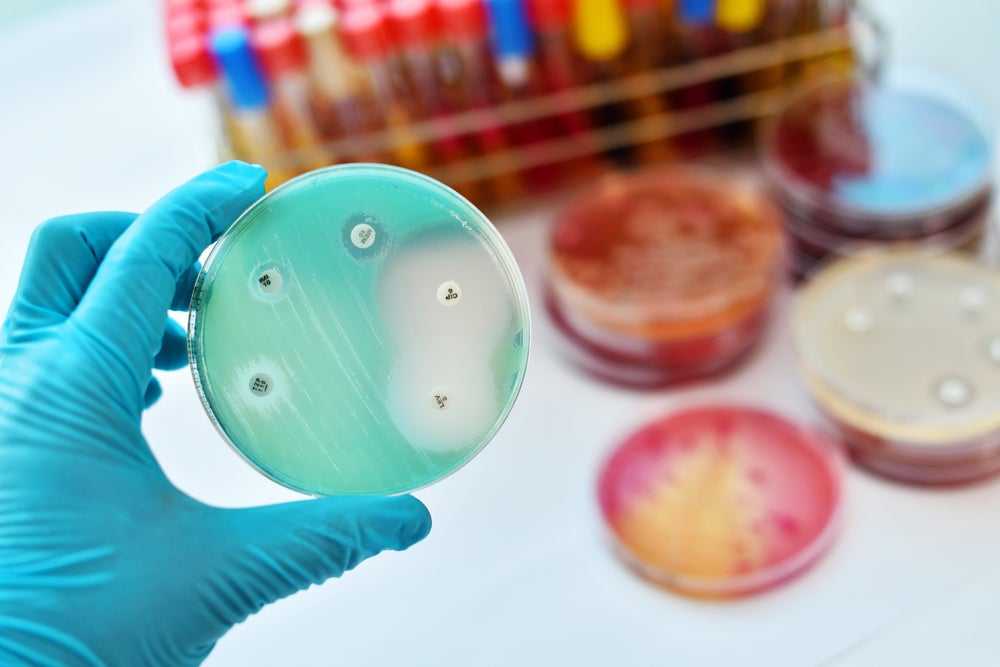 Antibiotic resistance: how AI can tackle the superbug threat

www.pharmaceutical-technology.com
You must log in or register to reply here.